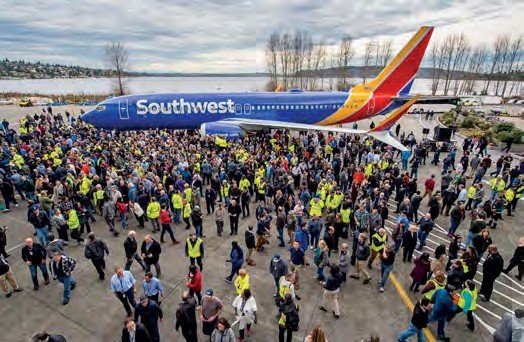 BOEING RECENTLY completed the 10,000th 737 family aircraft at Renton, ensuring the type now holds the Guinness World Record for the most-produced commercial jet aircraft ever. The landmark aircraft, 737- 800 N8717M (c/n 42571), is for Southwest Airlines and completed its firstflight on March 26.

This reflects the production ramp-ups Boeing has introduced for the 737 in recent years, which has seen output rise from 31 per month in 2011 to the current 47 a month. A further rate rise to 52/ month is planned for later this year before a scheduled ramp-up to 57/month in 2019. Mark Broadbent