After more than 50 years supporting the French Air and Space Force, including active service in the Middle East and North Africa, France’s C-135 air-to-air refuelling fleet is flying into the sunset, reports Babak Taghvaee 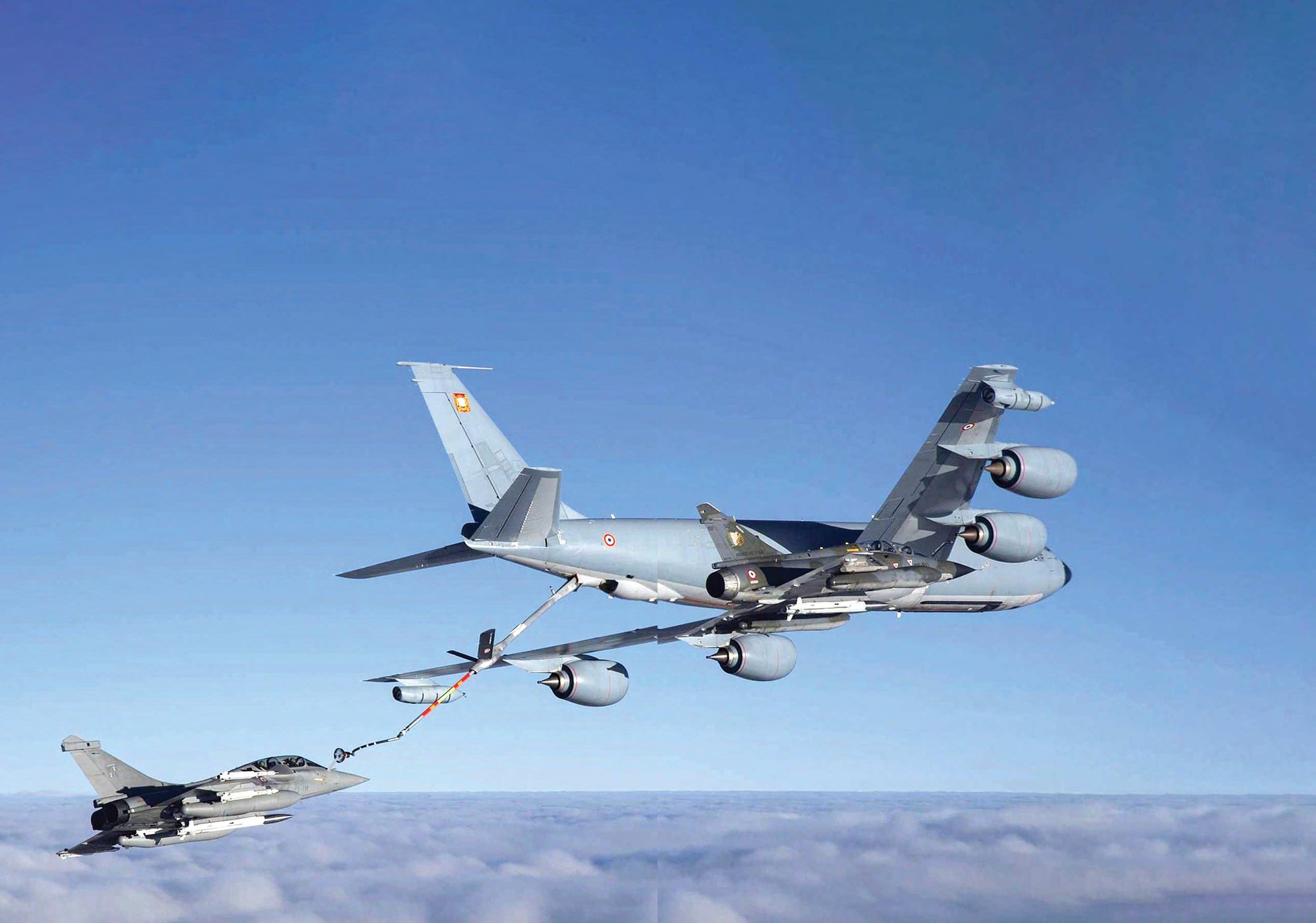 A Rafale B and a Mirage 2000N, both armed with Air-Sol Moyenne Portée (ASMP) nuclear air-launched cruise missiles,refuel from a C-135FR of GRV 2/91 ‘Bretagne’ in 2019
Armée de l’air

On October 6, 2020, the French Air and Space Force officially said ‘adieu’ to 475, a Boeing C-135FR tanker aircraft that had been in service since January 20, 1964. The 56-year-old 475 was the first of the France’s 14 Stratotankers to be withdrawn from service over the next decade, alongside two Airbus A340-211s and two A310-304 wide-body/ long-haul passenger aircraft currently operated by the Air and Space Force’s 03.060 ‘Esterel’ transport squadron.

The retirees are being replaced by ten Boeing C-135FR and three KC-135RG tanker aircraft, flown by the 4/31 ‘Sologne’ Air Refuelling Squadron that operates from 125 Istres-Le Tubé Air Base.