American airports are receiving US$10 billion to help them survive the covid-19 crisis. Carroll McCormick asks houj the money is being spent 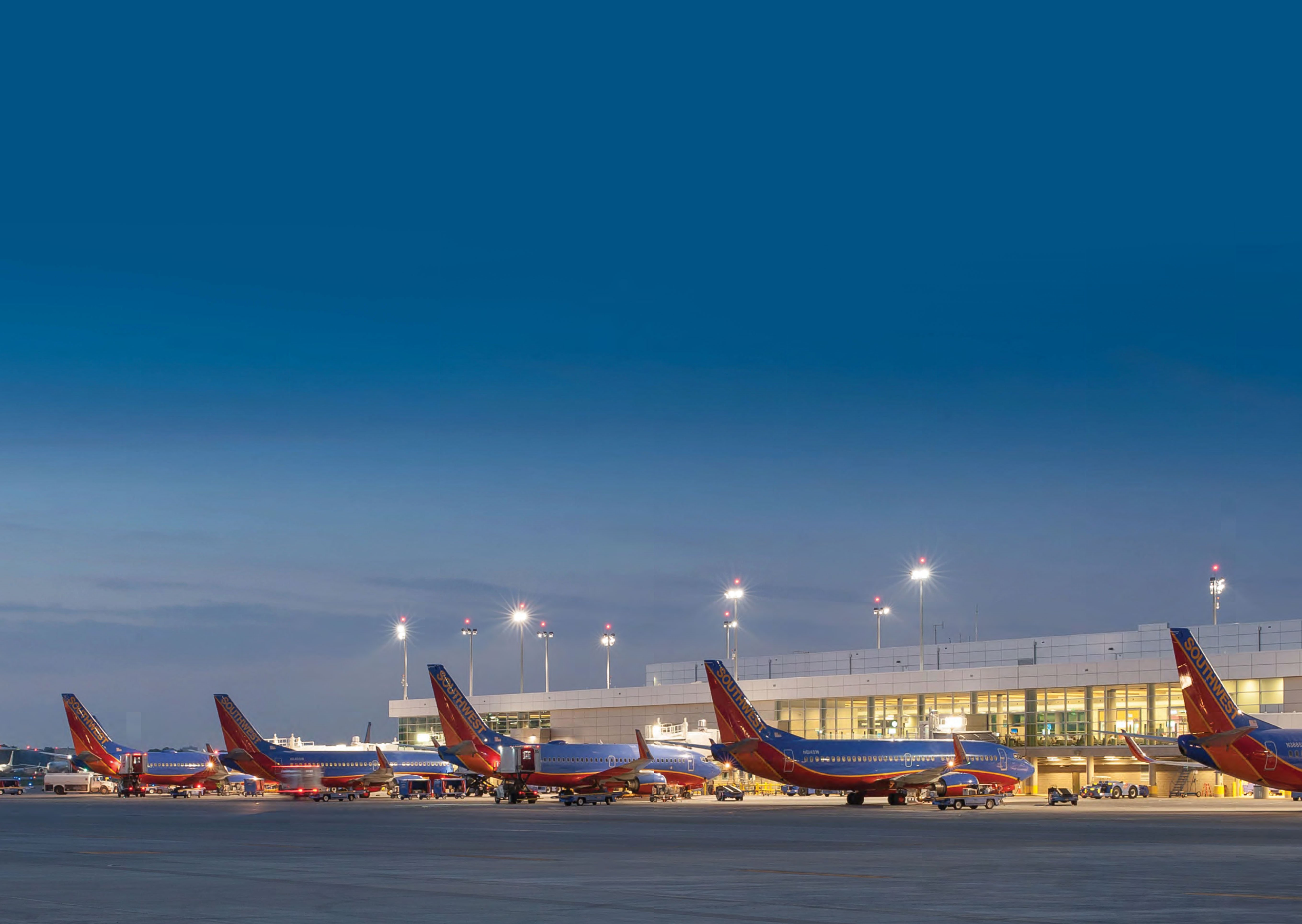 The Transportation has US released Department a remarkable (US of DoT) map that shows the continental United States and its offshore states and properties practically covered with 3,284 blue markers, each representing a commercial or general aviation airport. This is a graphic illustration of the scale of the US$10bn being spent in economic relief through the Coronavirus Aid, Relief, and Economic Security (CARES) Act, signed into law on March 27. Part of a larger aid package for the country, the subsidy is meant to compensate for plummeting airport revenues since COVID-19 enveloped the globe.

“This funding will support continuing operations and replace lost revenue resulting from the sharp decline in passenger traffic and other airport business due to the Covid-19 public health emergency,” reads an April 14 statement from the US DoT. “The funds are available for airport capital expenditures, airport operating expenses including payroll and utilities, and airport debt payments.”

Airports International contacted the airports to learn more about how they are using their share of the CARES funds.

The FAA allocated $192,133,300 to the Seattle-Tacoma International Airport (IATA: SEA) on the West Coast. “Basically, our CARES monies are going to operation and maintenance and payroll,” said Perry Cooper, senior manager of media relations (aviation).

Likewise, Alaska’s Ted Stevens Anchorage International Airport (ANC) received $33M, which it is using to offset operating costs. “The funding is making up [a] shortfall in collections due to passenger declines – parking, concessions, car rentals, etc. It can be used to cover normal expenses including wages... but will not be used for any capital projects,” said Eland Conway, marketing and communications coordinator, ANC.

Extreme belt-tightening, not only this year but also in 2021, is helping stretch the CARES packages as far as possible. By suspending other capital projects, for instance, DAL was able to delay moving $6M in revenue into its Capital Improvement Fund, thus making that money available for operations, maintenance and wages.

It is saving $5M with a hiring freeze and suspension of temporary services, $2M with a reduced police and fire presence, and $11M by cutting operating expenses, including marketing, utilities and nonessential building maintenance. Of this last item Love Field communications manager Chris Perry said: “This is basic upkeep that we generally contract out, but are moving the work in-house or choosing not to do the work. This includes office space planning, furniture upgrades, lighting upgrades, etc.”

Both to save money and to support social distancing, DAL discontinued its remote parking and shuttle service on March 18, and allowed its partners’ employees to park in garages that would not normally be open to them.

The Cincinnati/Northern Kentucky International Airport (CVG) calculates that the $42.9 million allocated to it would help meet its operational expenses for about four or five months in normal times. However, a CVG statement said: “Our team projects a gap of revenues to expenses of nearly $40 million in this calendar year alone. Because of the unknown depth and duration of the COVID-19 pandemic and recovery, our team is planning scenarios that would leverage and stretch each CARES dollar. Our top priorities for use of these funds are payment of ongoing operational expenses, such as utilities, payroll expenses and debt service obligations.”

Some capital projects, including ones that benefit from lower passenger volumes and air traffic, are proceeding. But, the airport reports: “Projects that can be deferred, like non-urgent repairs to one of our fire stations and work on some internal airport roads, are on hold. Our concession partners have delayed some planned capital improvements, and the opening of newly announced concessions has been pushed back. These budget cuts overall have reduced our $110 million enacted budget by about $19 million. These measures have been put in place for at least the rest of 2020 and will likely continue in budget planning for 2021.”

The US CARES Act is assisting more than 3,000 American airports. This US Department of Transportation map illustrates the sheer scale of its coverage
US DoT 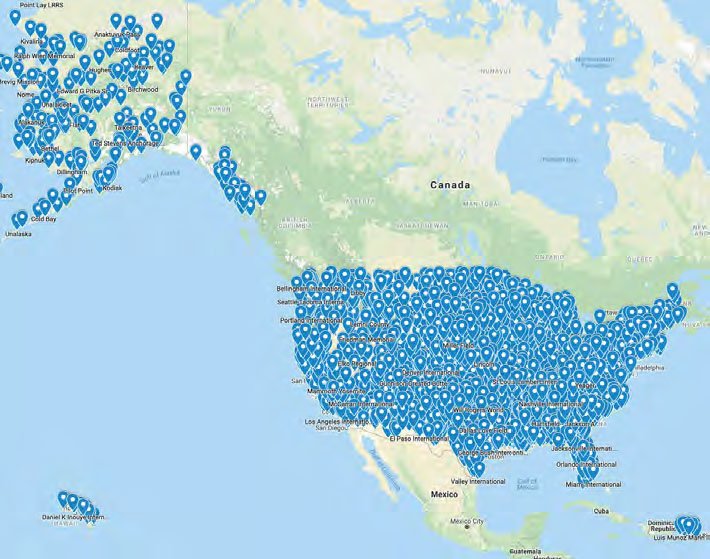 Commenting on behalf of Salt Lake City International Airport (SLC), CFO, Brian Butler, said: “We are currently projecting to use the funds over an 18-month period to provide stability and cash flow for lost revenues during this unprecedented time, as well as to ensure we meet all of our debt covenant ratios.”

SLC qualified for $82,419,726 in CARES funding. It is using some of the funds to maintain critical operating and maintenance activities, while coping with a 50% drop in March traffic and a corresponding drop in non-aeronautical revenues. SLC is not using any of the funds for capital projects. Mr Butler added: “We are looking to protect our credit as we’ve recently borrowed approximately $1.85 billion to fund the new airport construction, as well as to protect jobs for both airport employees and employees who work at the airport.”

Job protection includes a hiring freeze and training some of the staff, idled by the plunge in passenger traffic, to work in the airport’s new facilities. Janitorial staff are working harder than ever – cleaning much more frequently and doing deep cleaning when necessary. Cost-cutting includes reduced its discretionary spending such as that for travel and incentive bonuses.

Meanwhile, the Fort Lauderdale/Hollywood International Airport (FLL), which suffered a 47% drop in passenger numbers this March followed by a 97% reduction in April, qualified to receive US$134,958,902 in CARES funding.

It has been busy cutting operational costs, but also pushing ahead with as much work as possible. Gregory Meyer, the airports public information officer, said: “The chief operating officer and chief executive officer have gone through all of our expenses to see where we are spending money. We are reducing operating expenses in every area we can.”

By closing its Concourses A and F, plus portions of C and D and half of G, FLL was able to shut off the electricity, turn down the air conditioning and temporarily suspend janitorial services. The Terminal 1 Federal Inspection Station (FIS) was closed, and international arrivals redirected to the Terminal 4 FIS.

“We have reduced escalator maintenance and office supply purchases and have cancelled social events in our terminals, as well as all employee travel, until things get back on track,” Mr Meyer explained. “We are being extremely frugal right now.”

The rules governing CARES relief require that staff numbers are not reduced by more than 10%, except in exceptional circumstances. The airport managed to reassign some workers, but still had to make some cuts:

“We had a number of part-time workers. Some were reassigned to different positions at the information desk or furloughed. We tried to preserve as many of these positions as we could,” Mr Meyer said. An aerial view, taken this January, showing the new terminal being constructed at Salt Lake City International Airport. Despite the setback of COVID-19, building work is progressing SLC 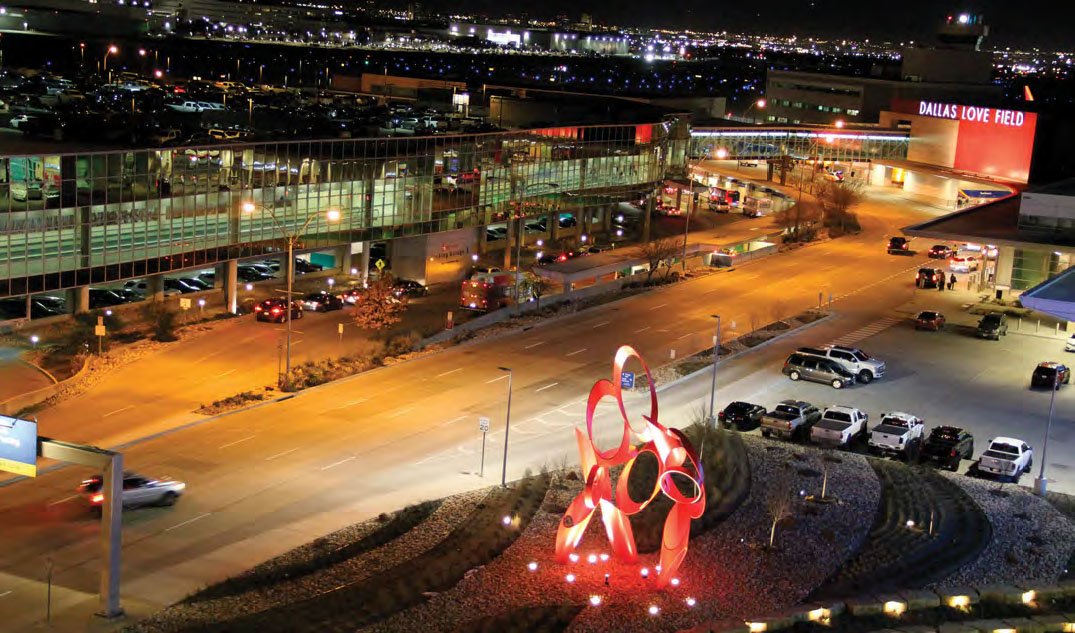 On the bright side, he said: “We have no trouble keeping staff busy doing all this work that is very difficult and complicated to do with passengers in the terminals. We are trying not to defer anything.” The airport has taken advantage of the light passenger traffic to complete projects such as electrical upgrades, a 5G Wi-Fi infrastructure upgrade and refurbishing the restrooms in Terminal 3: “We have gone through the airport, cleaning floors, seats, walls, everything, [as well as] installing Plexiglass guards at car rental counters and putting social distancing markers on the floor.”

Maintenance managers have been studying their work schedules and bumping up some tasks. As Mr Meyer noted: “Major repairs and/or maintenance on our HVAC systems can be completed without negatively affecting the public.”

Of the 90 concessions at the airport, only 12 remain open as this issue of the magazine went to press. Inevitably, FLL has been dealing with cash flow challenges: “We are deferring payment for some tenants that have asked for it,” Mr Meyer said. “Others have asked to surrender their contracts. The Aviation Department is reviewing all requests on a case-by-case basis to be fair and consistent with all our tenants.” On a more positive note, Bokampers Sports Bar & Grill is still on schedule to open in late July or early August.

Work has been taking place outside as well:: “We have been able to do some repaving, marking, wayfinding, signage and pressure cleaning with minimal impact to traffic. We are [also] doing runway maintenance and getting ready to close down our south runway, 10R/28L, for part of the day for maintenance.”

We continually ask ourselves: Can we do without this service? We are in good shape
Gregory Meyer FLL 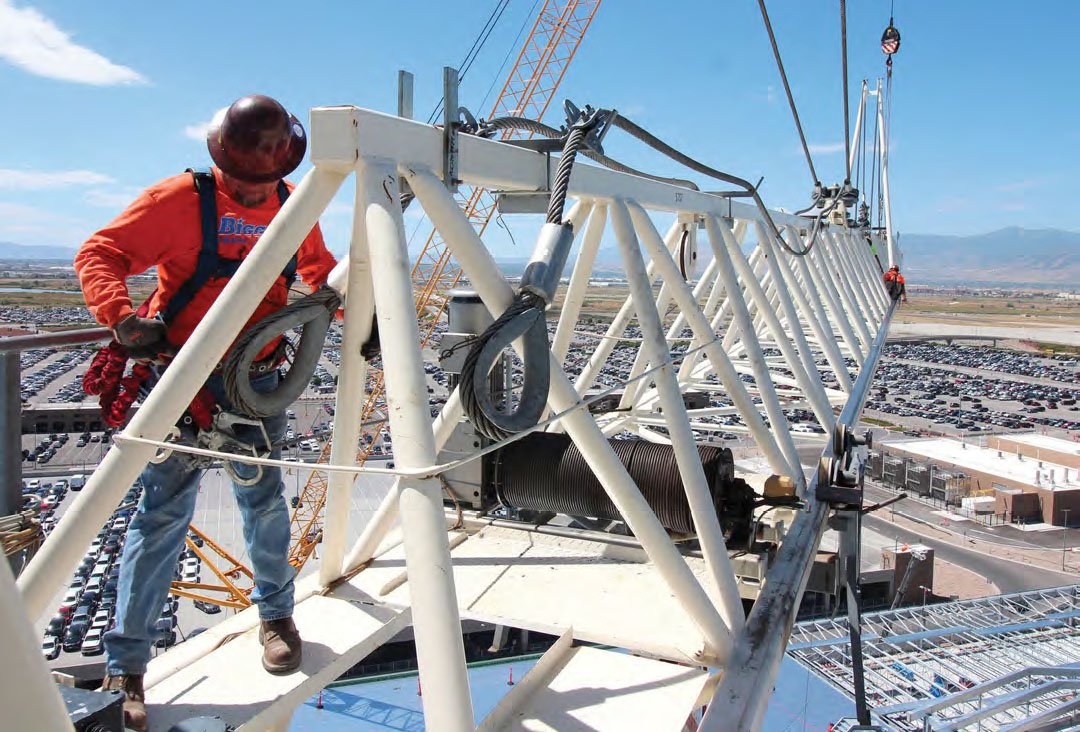 The airport has reduced or cancelled a number of shuttle bus services, including some for staff: “It’s a huge expense to run these buses, but when we had the loss of traffic, we allowed staff to park in the parking garage instead of the remote parking lot, allowing us to shut down their shuttle bus. We also shut several floors of our parking garage so we can switch off the lights and reduce the frequency of cleaning. We continually ask [ourselves], ‘Can we do without this service?’”

Capital expenditure schemes to which funds have already been allocated have not been cancelled or postponed. “The CARES money is not going toward capex projects. It will go to mission-critical things like operations, maintenance, and security,” he said. But some capital purchases have fallen to the axe: “We had ordered a fleet of new buses, but we put a hold on six of them – saving hundreds of thousands of dollars. We can’t afford to take them right now.”

As for how long its CARES funding will last, Mr Meyer said: “We are optimistic that it will hold us over if the crisis ends in the next few months. But we are in good shape, between the money coming in and the money we are saving. When the travelling public comes back, it will be like a brand new airport.” ai