Anniversary of Heron ops in Mali 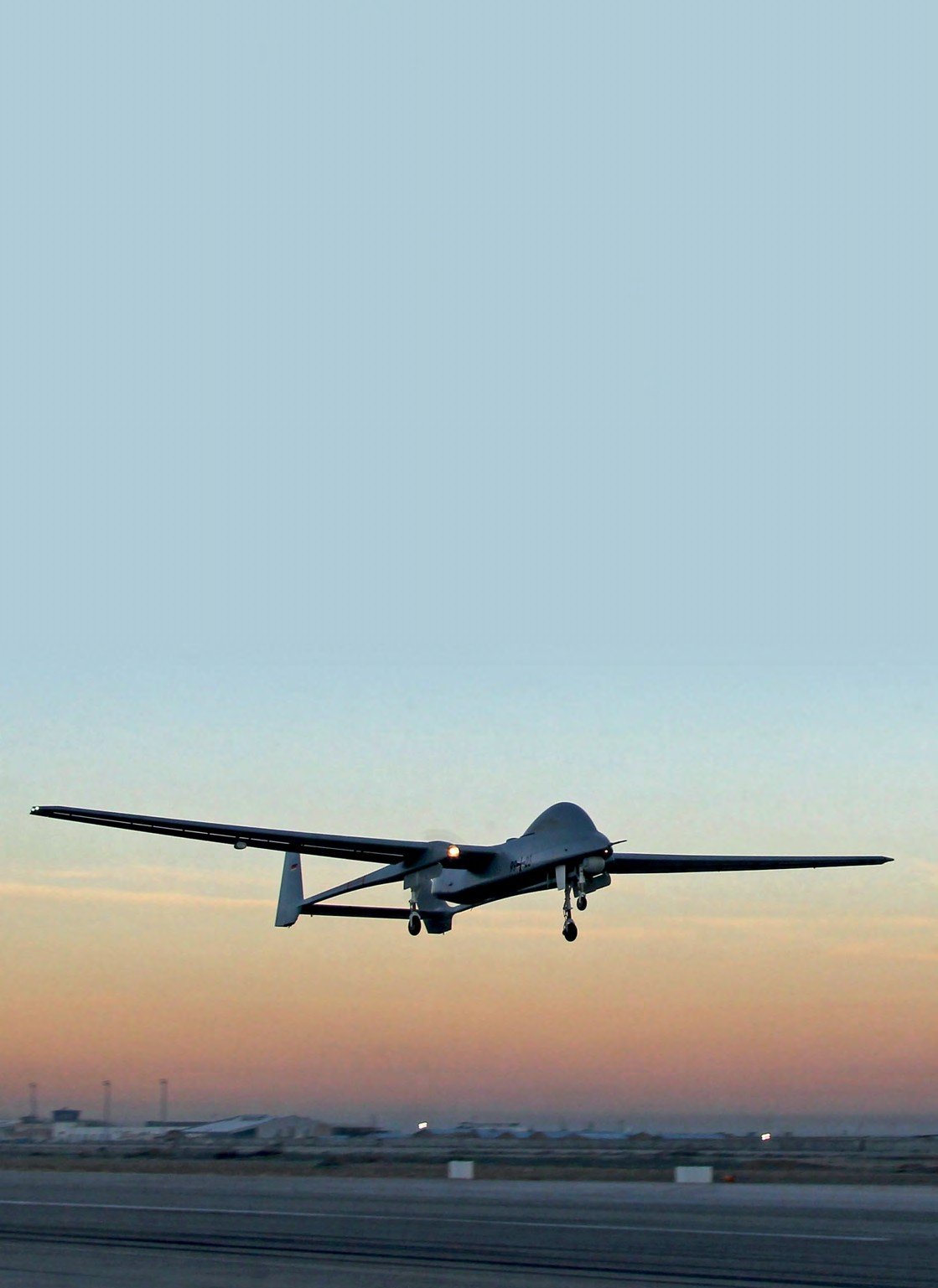 Bundeswehr Heron I 99+23 takes off from Mazar-e Sharif, Afghanistan in February 2013.
Sebastian Wilke/Bundeswehr

Shortly after celebrating the first anniversary of Deutsches Heer (German Army) Heron UAV operations in Mali, the federal office of the Bundesamt für Ausrüstung, Informationstechnik und Nutzung der Bundeswehr (BAAINBw or Bundeswehr Equipment, Information Technology and In- Service Support) announced that operations will continue, both in Mali and in Afghanistan.

Airbus Defence and Space is contracted by the German Ministry of Defence to provide the service, using the IAI Heron 1 platform, in support of the UN’s Multidimensional Integrated Stabilisation Mission in Mali (MINUSMA) and in Afghanistan as part of NATO’s Resolute Support mission.

The contract to support operations in Mali was signed between the BAAINBw and Airbus Defence and Space in June 2016 and in-country operations began on November 1 that year. At the time of the first anniversary in November 2017, around 3,000 hours had been flown.

Airbus Defence and Space is responsible for the provision of the Heron and maintenance and repair of the system in both Mali and Afghanistan under a joint operator model. When Heron operations in Mali are added to those flown in Afghanistan, the system has achieved in excess of 38,000 flight hours.

To support the MINUSMA initiative, three Heron 1 air vehicles are based at Goa in the north-eastern region of Mali for intelligence surveillance and reconnaissance (ISR) duties and the information they receive is made available to the Joint Mission Analysis Centre for analysis and distribution. Under the joint operator model, the military pilots and imagery analysts plan and monitor the Heron’s flight, while the contractor is responsible for providing, launching and recovering the air vehicle.

Airbus Defence and Space says the systems readiness rate is in excess of 90% in both Mali and Afghanistan. The company said: “This is in addition to the system’s full compatibility and interoperability with Germany’s allies. Deployment of the Heron system in Afghanistan and Mali also helped develop expertise within the Bundeswehr, with a view to a future medium-altitude longendurance UAS.”

In Koblenz on December 19, the BAAINBw awarded Airbus Defence and Space a contract extension to continue providing the ISR service in both countries.

Michael Engelmann, Director of Central Affairs for the BAAINBw, said: “With the Heron 1, our troops gain an information advantage that can make the difference between life and death. I am therefore very pleased that today we are able to make our contribution to the safety of our men and women on operations.”

The German government has extended its contribution to the MINUSMA and Resolute Support operations until the end of April this year, and the contract signed between the BAAINBw and Airbus Defence and Space includes a termination option, should the missions conclude sooner.

Engelmann explained that in Mali: “Operation without interruptions is achieved by extending the contract through a contract amendment, while in Afghanistan the Bundeswehr exercises an option that has been contractually agreed. Extending both missions will cost a total of €68 million.

Should the Bundestag decide not to extend either mission, we will be able to terminate the respective contract accordingly. In any case, we will safeguard both missions and support our soldiers with a powerful and reliable means of reconnaissance.” Nigel Pittaway