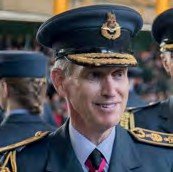 The British Government has appointed Sir Stephen Hillier as the new chairman of the Civil Aviation Authority (CAA). Grant Shapps, the Secretary of State for Transport, conformed Sir Stephen’s position in May and he took up the post at the beginning of August. He had served as a non-executive director of the CAA during the previous two months, enabling him to play a full role in the board’s work as part of his induction.

Sir Stephen was a Royal Air Force officer who served as Chief of the Air Staff prior to his recent retirement from the service. 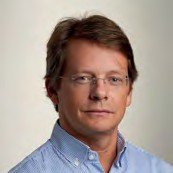 Martin Thomsen became Air bp’s new CEO on July 1. He succeeds Jon Platt, who retired this year, having led the business since 2016.

Mr Thomsen has been with bp for 15 years and has held several positions across the business, including retail director and fuels country integrator for Austria, Switzerland and Turkey. He also previously served as fuels general manager Turkey, retail operations manager Spain, commercial optimisation fuels Iberia and within the retail Europe strategy and business development team.

Mr Thomsen holds a master’s degree in engineering science from the Instituto Tecnológico, Buenos Aires, and is an alumnus of the Harvard Business School Program for Leadership Development.

He said: “I am proud to have been appointed to lead this great business. This is a time of significant challenge for the aviation industry, but it is also a time of great opportunity. “We have an exciting future ahead of us as we continue to support both bp and our industry’s low-carbon ambitions.” 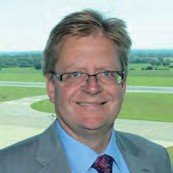 Stobart Group has appointed Clive Condie to its board as a nonexecutive director. With effect from July 1, he became a member of the group’s audit, remuneration and nomination committees.

Mr Condie has more than 35 years’ experience in the aviation industry, including having worked for British Airways and Manchester Airport. Until June 2018, he served as chairman of London Luton Airport (IATA: LTN); a position he held for almost five years. He also acted as interim chief executive of London Luton Airport in 2014 and is a non-executive director of CLH-PS, the largest fuel pipeline and storage facility in the UK.

David Shearer, non-executive chairman, Stobart Group, said Mr Condie’s “breadth of experience across the aviation and airport sectors will prove invaluable to us as we implement our longterm strategy to develop London Southend Airport”. 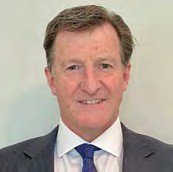 Liam McElroy has been appointed head of Swissport’s Western Europe region. He succeeds Jason Holt and started the role on July 1.

Swissport said Holt had decided to leave the company after successfully initiating the streamlining of the business to match the reduced demand in the post-COVID-19 market.

Mr Wirth said: “We are grateful to Jason for his valuable contributions to Swissport over the years. He has been fully committed to the Western Europe area, where most recently he has done much to limit the impact of the COVID-19 pandemic on our business and on our people.

“We are pleased to welcome Liam as new head of Swissport Western Europe. He can build on many years of relevant professional experience and has been successfully leading our Western Europe ground services unit as its COO on an interim basis.”

Mr McElroy has previously been a regional distribution director at the British supermarket chain Tesco, and operations director at Exel (now DHL), a supply chain and logistics company. Prior to joining Swissport, he spent 13 years at UK logistics company, Wincanton, providing supply chain consultancy and solutions. In his most recent role at Wincanton, he was managing director retail and consumer, and a member of the executive board. 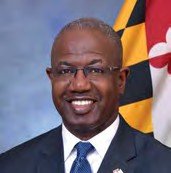 Ricky Smith, executive director of Baltimore/Washington International Thurgood Marshall Airport, was elected to a two-year term as chairman of the Airport Minority Advisory Council (AMAC) during the organisation’s virtual annual meeting on June 24. Mr Smith has served as an ‘at-large’ member of the AMAC board of directors over the past year and has been an active member of the national organisation for many years.

Mr Smith said: “During this period of unprecedented public health challenges and heightened awareness around social injustices, I could not be prouder and more humbled by the AMAC community’s confidence in my leadership.

“I am joined by a board of directors that is committed to addressing the myriad challenges affecting women and minorities in the aviation industry.

“We are keen on our charge to reposition AMAC as one of the more influential and consequential trade organisations in the industry as we enhance our response to the membership, strengthen our alliance with like-minded organisations, and expand our connection with the many underrepresented minority-owned businesses and professionals across the industry.

“I look forward to leading through these challenges and opportunities.”

Formed in 1984, AMAC is a nonprofit trade association dedicated to advancing the full participation of minorities and women in employment and contracting opportunities throughout the aviation and aerospace industries.

Maryland Department of Transportation (MDOT) secretary, Gregory Slater, welcomed the appointment: “I congratulate Ricky on his election to lead AMAC, a respected organisation that works tirelessly to promote equality for women and minorities in the industry.

“Equal opportunity in hiring and advancement is foundational in MDOT’s mission to serve Maryland and all of its citizens, and I share the confidence of AMAC members that Ricky will do a tremendous job as a champion of these principles on a national level at such a critical time.”