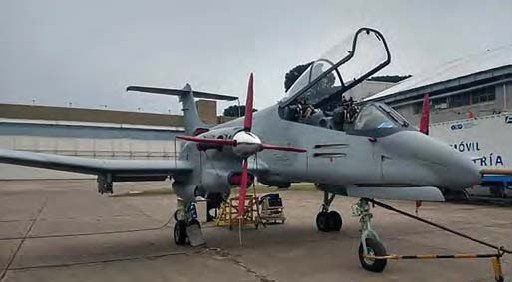 IA-58H Pucará prototype AX-561 has been given a smart new coat of paint while it completes flight testing aimed at certification by July 2019. Will the Fuerza Aérea Argentina resurrect plans to refurbish 20 of its soon to be retired legacy Pucarás to the new standard?
Santiago Rivas

The Fuerza Aérea Argentina (FAA/Argentine Air Force) intends to retire its FMA IA- 58A Pucará attack aircraft in September 2019. However, work continues on an upgrade of the type variously known as the IA-58D Pucará Delta or IA-58H. The Pucará prototype, AX-561, first flew in its new configuration with wings supplied by Israeli Aircraft Industries and Pratt & Whitney PT-6A-62 engines replacing its original Turbomeca Astazou XVIG engines (a type no longer available) in November 2015. Work began anew in 2018 but progress stalled until June this year when it was decided to finish certification of the type by the end of July this year. If the money can be found it is hoped the ‘new’ Pucará could, if accepted in October, be resurrected to carry on for years to come. Santiago Rivas