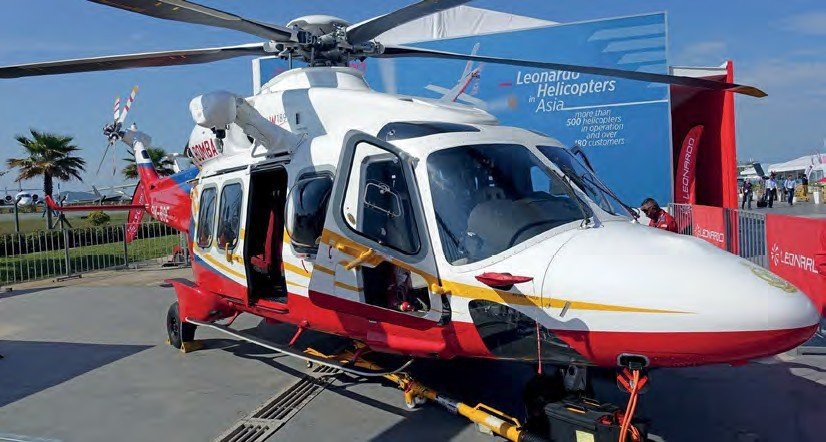 Leonardo’s AW189 medium helicopter is establishing itself with fire-fighting operators in Southeast Asia. One example, 9M-BOE of Malaysia’s Bomba dan Penyelamat, was on display at LIMA 19.
Nigel Pittaway

A Malaysian example, 9M-BOE (MSN 49045), featured in the static display outside the exhibition hall during the LIMA show and Leonardo said that the Tokyo Fire Department will also introduce the AW189 shortly.