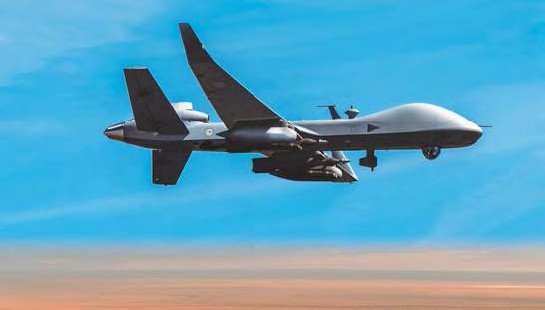 The Australian government will now request pricing and availability data on MQ-9 Reaper variants to support future decision-making on the acquisition. A choice is yet to be made between the MQ-9 Reaper Block 5 and the MQ-9B SkyGuardian. Twelve to 16 air vehicles will be acquired. A Department of Defence statement said: “Approval for the acquisition of the Reaper remotely piloted aircraft system is scheduled for the early 2020s. Once the acquisition process is complete, the Reaper aircraft is expected to be in the skies by the mid-2020s. Defence is yet to determine which Royal Australian Air Force unit will operate the MQ-9.”

Australian Defence Minister Christopher Pyne said the MQ- 9s can be integrated within the Australian Defence Force and would be fully interoperable with Australia’s allies. Defence Industry Minister Steven Ciobo added the decision provides “a great opportunity for Australian industry”.