The Bangladesh C-130J Hercules C5 deal, which covers two aircraft, was first reported in July, 2017, but a recent contract announcement by Marshall Aerospace and Defence Group for the support of the aircraft has now provided further details.

Alistair McPhee, CEO of Marshall Aerospace and Defence Group said: “We are delighted to have secured this important contract with the Bangladesh Air Force in close co-operation with the UK MoD’s defence equipment sales authority.”

He added: “Marshall Aerospace and Defence Group has experience in delivering total support solutions to a wide range of C-130 operators and we wish to thank the Bangladesh Air Force for the trust they have shown in our capabilities.”

Under the new multi-year contract, Marshall Aerospace will provide maintenance and logistics support, which also includes the provision of spare parts and ground support equipment, as well as engineering services. The company will also provide in-country technical support for an initial period and it will perform modifications required by the Bangladesh Air Force for their new role. This latter work includes the design, development and installation of an aeromedical evacuation capability.

During the ceremony in Dhaka, which was attended by representatives from both the Bangladesh and UK governments, a Bangladesh Air Force representative said: “The acquisition of C-130J aircraft from the Royal Air Force provides a key enhancement to our current airlift capability. It is important for the Bangladesh Air Force to be able to rely on a trusted partner like Marshall Aerospace and Defence Group to deliver the necessary levels of operational support as we prepare to take the step from the B to J model of C-130.”

The two aircraft will join the Bangladesh Air Force’s current fleet of four former United States Air Force C-130Bs, which are operated by the 101st Special Flying Unit and based at Dhaka-Kurmitola Air Base. In May, 2012, a US Defense Security Co-operation Agency notification advised that the State Department had approved the potential sale of four former US Air Force C-130E aircraft to Bangladesh, but there has been no subsequent announcement of a firm contract.

In a further twist to the longrunning saga of India’s various fighter replacement programmes, in mid-May, 2018, local media outlets reported that Hindustan Aeronautics Limited (HAL) had offered an unsolicited proposal for an additional 40 Sukhoi Su-30MKI fighters, all to be manufactured in Russia but assembled in India.

Quoting HAL chairman, T Suvarna Raju, the reports suggested that the 40 additional aircraft could be supplied at a little more than a third of the price India is paying for the 36 Dassault Rafales it is proposing to acquire under its MMRCA programme. Raju is reported to have offered the 40 Su-30s for a total of INR 170 billion. 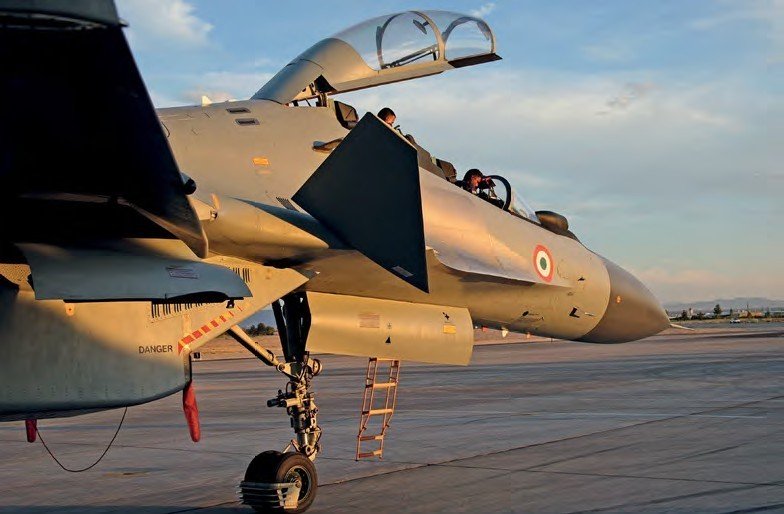 Raju told India’s Business Standard newspaper on May 15, 2018: “We will offer a very competitive price. Since 2010, we have been delivering the Su-30 at (a unit cost of) INR 4.25 billion. We can deliver another three squadrons at that same price.”

He added: “HAL has already absorbed the technology for building and supporting the Su-30s. Now the aim is to build those three new squadrons as quickly, and as cheaply, as possible.”

If India’s Ministry of Defence accepts the unsolicited proposal, it will increase the Indian Air Force fleet of Su-30s from 272 to 312 aircraft. Raju told local media that the Su-30s also have the advantage of being modified to carry the 2,500kg (5,500 lb) Brahmos air-launched missile.

Raju added: “We are required to modify 40-odd Su-30s to carry the Brahmos Air-Launched Cruise Missile. Instead of upgrading older fighters, with a shorter residual lifespan, it would be better to build three more squadrons of Sukhois with the capability to carry Brahmos missiles.”

The reports suggest that the Indian Air Force has issued a Request for Proposal for a BVRAAM in the class of Meteor to equip the 83 Tejas Mk1As.

New Zealand’s Defence Minister, Ron Mark, announced on May 10, 2018, that the first of four Beechcraft King Air 350i aircraft being acquired for the Royal New Zealand Air Force has now been certified for operations.

The Royal New Zealand Air Force is leasing four King Air 350s to fulfil its multi-engine pilot training requirements and the aircraft will replace a similar number of older King Air 200s in the role, based at RNZAF Base Ohakea with No.42 Squadron. Like their predecessors, the new aircraft will also be used in the light airlift role.

The remaining three aircraft will be delivered between now and the middle of 2019 and Mark also said that the fleet will be used to provide specialist aircrew training currently undertaken in Australia, with the Royal Australian Air Force at RAAF Base East Sale, Victoria, to be brought home to New Zealand after a gap of two decades.

Mark said: “This reflects the government’s focus on ensuring our pilots and specialist crews develop and maintain essential skills, and continue to support New Zealand Defence Force operations in New Zealand. Two of the aircraft will be configured to assist in important maritime surveillance tasks across our exclusive economic zone.”