Africa’s largest carrier Ethiopian Airlines has revealed several major orders as it continues its major expansion programme. The biggest order, announced during the Paris Air Show, is for another ten Airbus A350-900s to expand its long-haul network. Ethiopian received the first of 12 A350s in June 2016 and currently has four in service (two are leased), which fly to Beijing and London and are expected to lead to an increase in business class bookings. They are configured with 30 business class and 313 economy class seats. Ethiopian has signed a $1.5 billion contract with Rolls Royce for Trent XWB engines for the A350s, as well as a TotalCare lifetime engine support contract for the A350s and 14 other aircraft.

Ethiopian has also exercised options for another ten Boeing 737 MAX 8s after a September 2014 order, bringing its total to 30 aircraft. The order was previously attributed to an undisclosed customer. Boeing further benefitted from a commitment for two 777 Freighters, which are valued at $651 million at list prices.

On the regional aircraft side, Ethiopian was revealed as the undisclosed customer for five additional Bombardier Q400 turboprops, valued at $163 million at list prices. The carrier originally ordered eight Q400s plus four options in November 2008, and four other orders have increased its fleet to 24 Q400s. 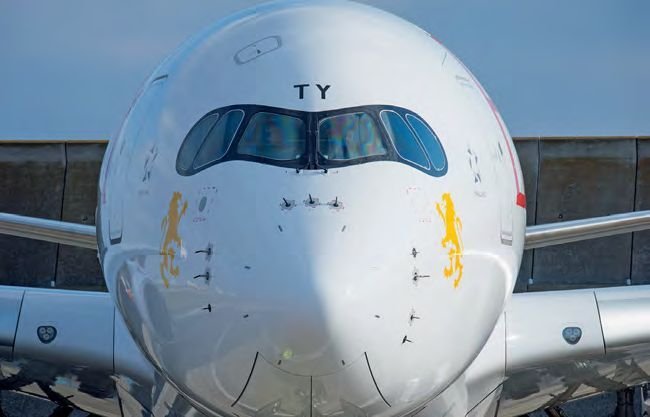 Ethiopian Airlines has ordered ten more A350-900s to go with the 12 it already has on order and fuel the airline’s ambitious expansion plans.
A Doumenjou/Airbus