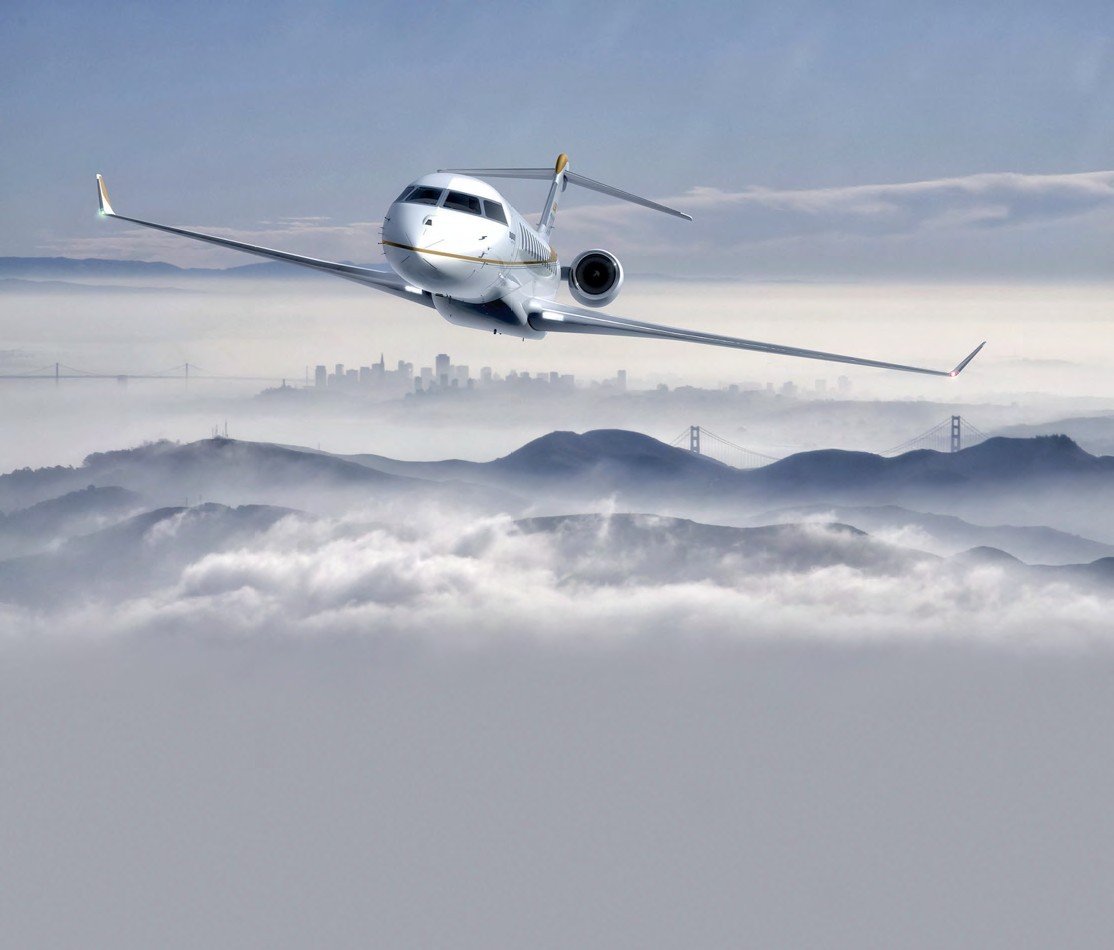 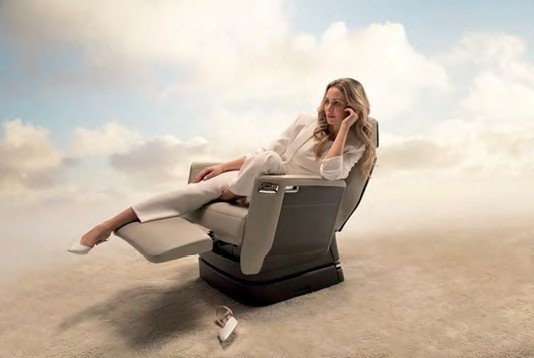 The Nuage seat features a tilt link system, a deep recline position, a floating base, centre swivel axis and a tilting headrest. Aircraft and selt belt are optional!
Bombardier Aerospace

BOMBARDIER BUSINESS Aircraft has announced two enhancements to its flagship Global 7000 ultra long-range business jet, due to enter service in the second half of 2018.

On April 15, 2018, the company announced that, following extensive flight testing which included several long-haul flights, the range of the Global 7000 has been extended to 7,700 nautical miles (14,260km). This capability is 300 nautical miles (556km) farther than originally promised to customers, making it, according to the Canadian manufacturer, able to connect more city pairs than any other business aircraft.

David Coleal, President of Bombardier Business Aircraft said: “We are thrilled to offer this extended range to our loyal customers, who are the driving force behind our engineering feats and who will soon own an aircraft that simply has no peer.”

He added: “Not only are we standing by our commitment to begin delivering the Global 7000 aircraft this year, we are exceeding expectations along the way.”

The Global 7000 flight test campaign, which began in November 2016, has now amassed in excess of 1,800 flight hours, including long range flights to Dubai in the Middle East and Sydney and Honolulu in the Pacific.

Bombardier will also launch a new cabin seat on the Global 7000, which it says represents the first new seat architecture for business aviation in three decades.

Known as the Nuage seat, the unit features a tilt link system, a deep recline position, a floating base and centre swivel axis and a tilting headrest.

Peter Likoray, Senior Vice President for Sales and Marketing at Bombardier Business Aircraft, said on April 30, 2018. “In designing the Nuage seat, we examined every conceivable passenger need and comfort that might arise while seated in flight and launched our process from there.”

He added: “This emphatic design philosophy inspired us to craft a seat like any other – the most innovative seat the industry has seen in 30 years.”

On April 13, Bombardier also announced that the Global 7000 had won the Red Dot Design Award for design and innovation excellence in the ships, trains and aircraft category.

The Red Dot award is an international design competition established in 1955 and the Global 7000 was selected by a 39-person jury, from more than 6,300 submissions, across several categories and from 60 countries. The winners were announced in Essen on April 9. 2018.

Brad Nolen, Vice President of Marketing and Strategy for Bombardier Business Aircraft said: “The Global 7000 aircraft redefines standards by which a business jet is measured and we are very pleased that the Jury chose to acknowledge our vision with a Red Dot for high design quality.”

Professor Peter Zec, founder and CEO of the Red Dot Award added: “Success in the competition is proof of the good design quality of the products and once again shows that companies are on the right path. When I speak about good design, I am referring to more than just an attractive product. All of the products are characterised by outstanding functionality.”

He continued: “This demonstrates the designers have understood their clients and their needs.”

Bombardier is currently finalising certification of the Global 7000, ahead of deliveries to the first customers later this year.