The ruling reverses the United States Department of Commerce’s recommendation to levy nearly 300% import duties on C Series sold to airlines based in the United States. A USITC statement said: “As a result of the USITC’s negative determinations, no anti-dumping or countervailing duty orders will be issued.”

Unsurprisingly, the Canadian manufacturer welcomed the verdict from the USITC’s panel of four commissioners, who voted unanimously in favour of Bombardier. A statement from Bombardier said: “Today’s decision is a victory for innovation, competition and the rule of law. It is also a victory for US airlines and the US travelling public.” The verdict follows a trade dispute that has involved the Canadian and UK governments and served as a catalyst for a major shake-up in the commercial aircraft market.

The dispute began in April 2017, when Boeing petitioned the United States Department of Commerce over Delta Air Lines’ 2016 order for 75 CS100s plus 50 options. According to the petition, Boeing claimed Canadian Government subsidies for the C Series had enabled Bombardier to dump (sell at below-cost prices) the C Series and that it offered Delta, “pricing of $19.6 million per aircraft”, below the $33.2 million per aircraft cost of production.

Boeing’s petition also claimed Bombardier, “has set its sights on selling its subsidised and dumped aircraft to other US purchasers, and within a short time, Bombardier can capture the few additional sales that would establish the C Series as the dominant aircraft in the relevant US market for years to come.” The Commerce Department sided with Boeing. In September 2017, it levied an import duty of 219.6% on C Series destined for US-based airlines and a few weeks later imposed an additional 79.8% duty, creating total tariffs of 299.45% on the aircraft.

The Commerce Department’s actions sparked an international trade spat. The Canadian government cancelled a planned purchase of 18 Boeing F/A-18 Super Hornets. The UK government, acknowledging Bombardier employs more than 4,000 people in Belfast where the C Series’ wings are produced, also backed Bombardier; Prime Minister Theresa May reportedly lobbied US President Donald Trump over the issue during the January 2018 World Economic Forum in Davos. Adding another layer to the trade dispute was Bombardier in October 2017 selling a 50.01% majority stake in the C Series programme to Airbus and announcing plans to undertake production of US-bound C Series jets on an assembly line at Mobile, Alabama.

The fundamental part of Bombardier’s defence was the view that the 100-to-130-seat C Series does not directly compete with Boeing’s 737-700 and 737 MAX 7. Boeing’s figures quote a 126-to-149-seats capacity for the 737-700 depending on layout and 138 to 153 seats for the 737 MAX 7. In simple terms, Bombardier’s case was the Boeings wouldn’t harm the C Series because their higher capacity means they are in a slightly different niche within the single-aisle market.

A statement from Delta said the airline, “is pleased by the ITC’s ruling rejecting Boeing’s anticompetitive attempt to deny US airlines and the US travelling public access to the state-of-the-art 110- seat CS100 aircraft when Boeing offers no viable alternative.”

Boeing responded to the USITC verdict with the following statement: “We are disappointed that the International Trade Commission did not recognise the harm that Boeing has suffered from the billions of dollars in illegal government subsidies that the Department of Commerce found Bombardier received and used to dump aircraft in the US small single-aisle airplane market. Those violations have harmed the US aerospace industry, and we are feeling the effects of those unfair business practices in the market every day.

“While we disagree with the ITC’s conclusion today, we will review the Commission’s more detailed opinions in full as they are released. Boeing remains confident in the facts of our case and will continue to document any harm to Boeing and our extensive US supply chain that results from illegal subsidies and dumped pricing.”

For Bombardier, the USITC ruling has reinforced its commitment to assemble C Series in Alabama. A company statement said: “With this matter behind us, we are moving full speed ahead with finalising our partnership with Airbus. Integration planning is going well and we look forward to delivering the C Series to the US market.” Mark Broadbent 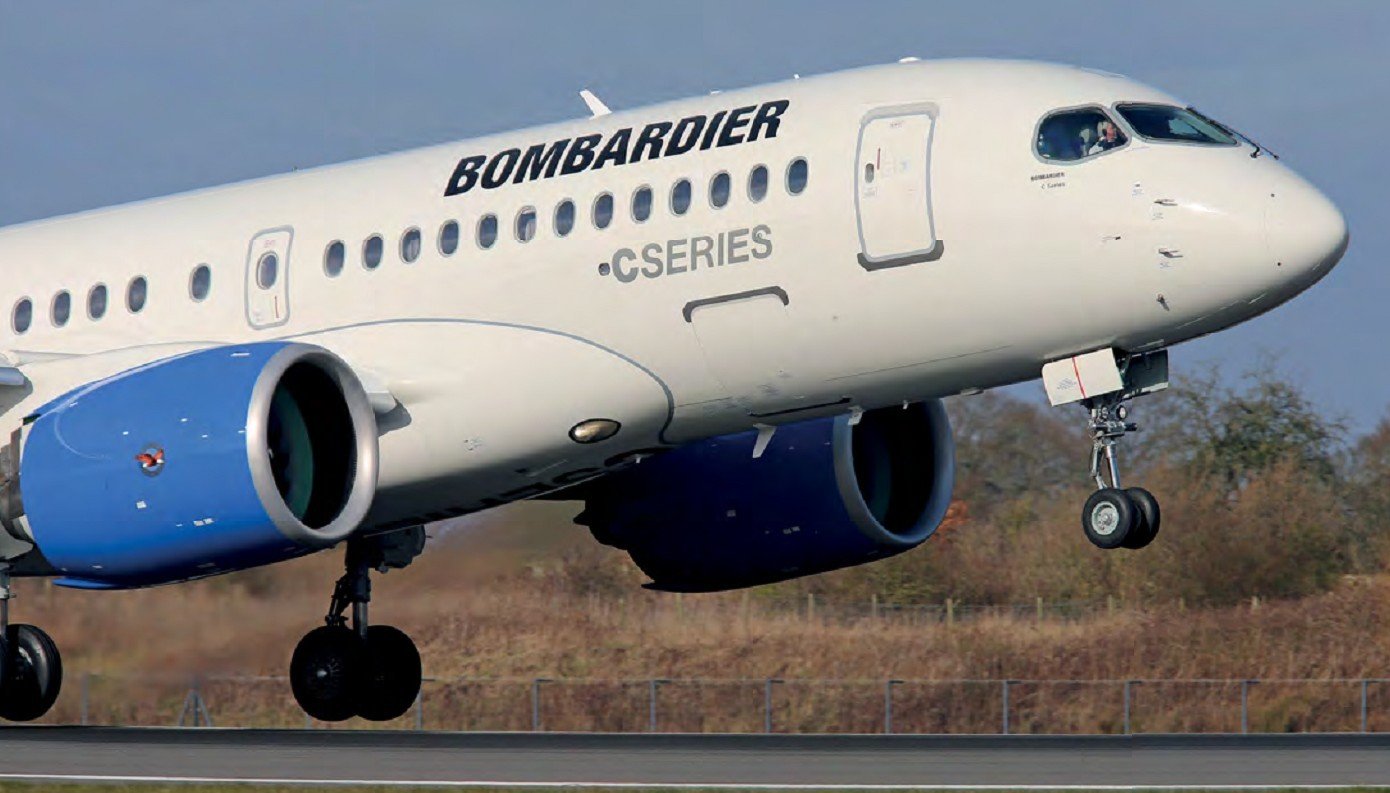