The landings marked the start of the first of two trial phases dubbed first of class light trials (ixed-wing) or FOCFT (FW) phases to be conducted by the ITF team of the US East Coast this autumn over an 11-week at sea period involving over 500 take-ofs and touch-downs with the objective of evaluating the jet’s performance on over 200 test points during diferent weather and sea conditions as well as the aircraft’s integration with the ship. During the second week the four test pilots assigned to the trials started night flying trials, initially using the ambient light and the carrier’s LED deck lights, before switching to using the night-vision cameras integrated into the helmet mounted display system. 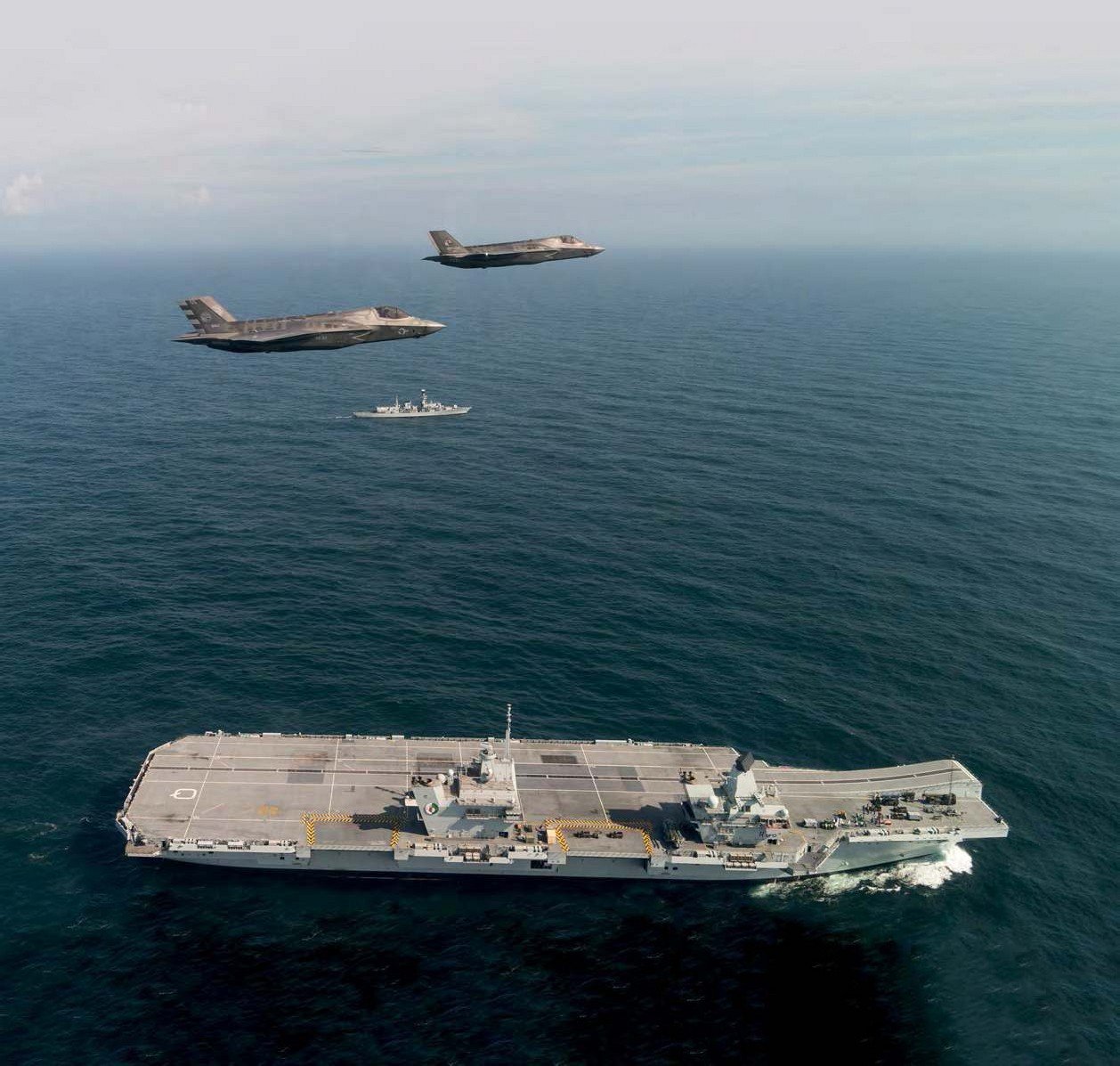 Over head the ship ahead of the first deck landings. A big day for the Royal Navy.All images Lockheed Martin 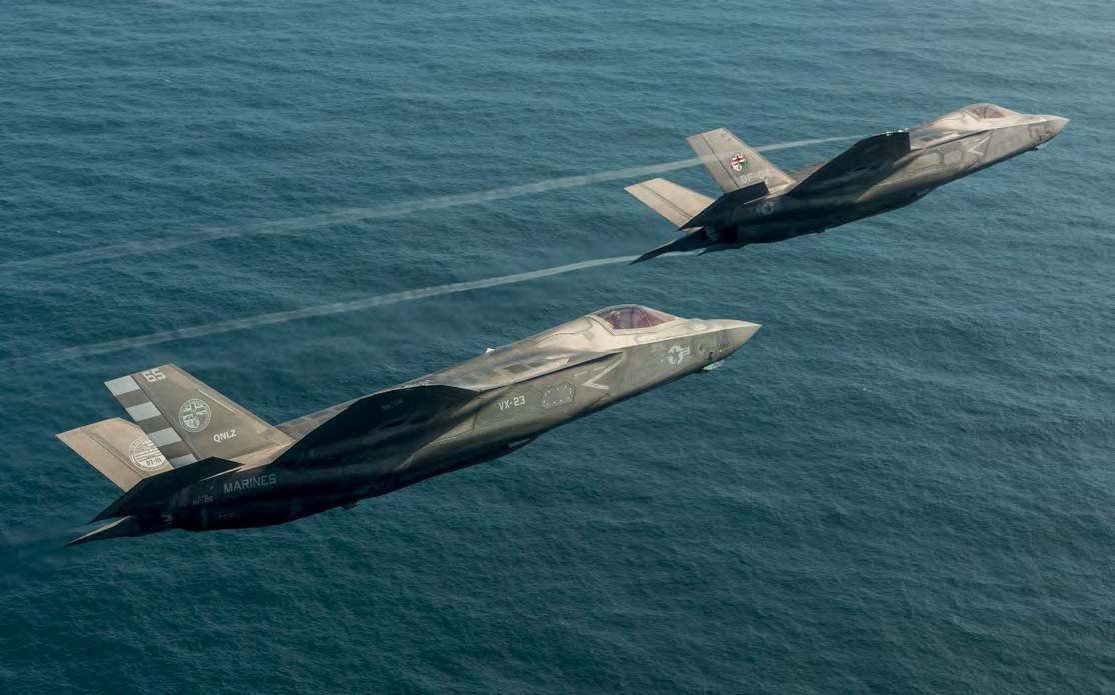 In the third week, BAE Systems test pilot Peter Wilson successfully completed the first Shipborne Rolling Vertical Landing (SRVL) at 10:30hrs local time, touching down on the flight deck at a point 755 yards back from the end of the carrier’s ski jump, and coming to a standstill at the 580-yard mark. The UK is the only nation currently planning to use the manoeuvre, which involves approaching the ship from the aft end, at speed, using the thrust from the nozzle and lift created by air over the wings to touch down and come to a stop as soon as possible. An SRVL allows an F-35B to land onboard with heavier bring back loads, avoiding the need to jettison fuel and weapons before landing. Peter Wilson said: “It’s an inherently risky manoeuvre. We have always understood that it is safer to stop before you land than it is to land before you stop and the prime reason for that is that if something goes wrong with the aircraft it is far better for it to be stationary than rolling wreckage. I’ve worked on this for the past 17 years; it’s fantastic to know that it’s matched the modelling and simulation we have done over the years. I’ve flown over 2000 SRVLs in the simulator, and am honoured to have been able to do the first one onboard HMS Queen Elizabeth here today.”

For the UK’s lead test pilot, Squadron Leader Andy Edgell, the SRVL was the culmination of two years’ work. He said: “It couldn’t have gone better and it was obvious we were watching a moment in history being made for Royal Navy aviation. Now we will focus on putting all four of our test pilots here through the same process to achieve the widest breadth of data possible.” 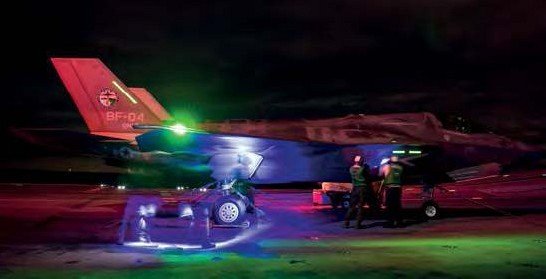 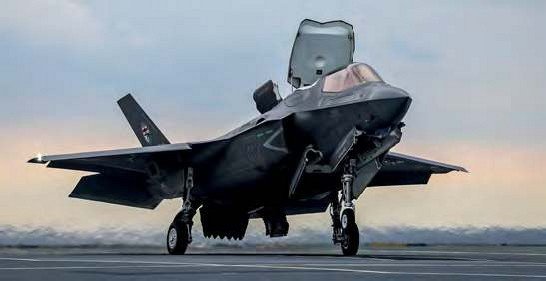 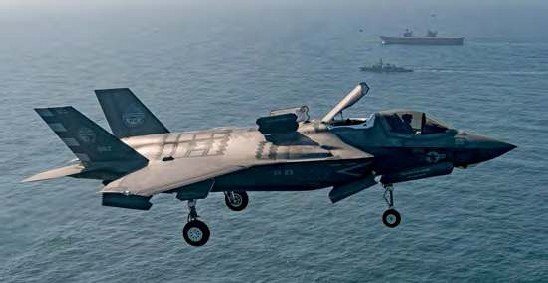