Munich Airport has had as rocky a year as any other major gateway, but this German powerhouse is focusing on the future. CEO Jost Lammers tells Tara Craig how 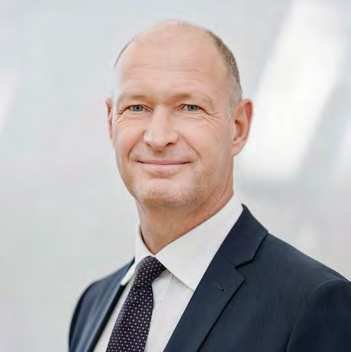 Jost Lammers took up the position of Munich Airport CEO in January 2020. He is also the president of Airports Council International
Flughafen München

Munich is a major hub and Germany’s second biggest airport, after Frankfurt Passengers typically range from those in transit to business people destined for conferences in Bavaria’s thriving capital or to meetings at Munich-based BMW. Then, of course, there are the holidaymakers keen to sample the delights of Bavaria, from its snow-capped mountains to its famously raucous beer festivals.

Thanks to the COVID-19 pandemic, however, tourism has come to a screeching halt, and business travel has been replaced to an extent by the ubiquitous Zoom call. Munich spent last year seesawing between operating one terminal and two, as passenger numbers rose and fell in line with travel restrictions being eased, then tightened again. At the time of writing (in early February), all traffic is being handled by Terminal 2. Both Terminal 1 and the Terminal 2 satellite remain closed and the airport is using just 50% of its handling capacity.