The first woman chair of the Canadian Airports Council is having an unusual first year. Carroll McCormick explains

Between for introducing projects accepting in her motion, own the agenda, baton continuing to promote women in aviation and managing the fallout from COVID-19, Joyce Carter has her hands full leading the Canadian Airports Council (CAC) through an extraordinary time.

The CAC appointed her as chair on January 1, following her two-year term as vice chair. She adds the new role to her already busy day job as the president and CEO of Halifax International Airport Authority (HIAA).

A chartered accountant, Ms Carter joined HIAA in 1999 and served in several senior roles – including vice president finance, chief financial officer and chief strategy officer – before taking over the top job in 2014. She has received several awards and honours for her work in the business community, including being named one of Atlantic Canada’s Top 50 CEOs for the third year running by Atlantic Business Magazine last year.

It was no coincidence that the first sentence in the CAC’s announcement of her appointment proclaimed that she was the first woman to become chair since the CAC was created in 1992. “It is incredibly significant. We wanted to make sure it was properly acknowledged,” she said. “Being a woman in a leadership role in aviation, where women are underrepresented, is something I want to raise awareness of. I speak about it every chance I get. When I was younger, I underestimated its impact on women.

“When I reflect back on the many times I’ve told my story, I am always struck by how it affects women to see someone like me as an airport CEO.”

That 2020 also saw two women appointed to take over Canada’s two biggest airports – Deborah Flint as president and CEO of the Greater Toronto Airports Authority in April and Tamara Vrooman as CEO of the Vancouver International Airport effective on July 1 – gives Ms Carter great satisfaction: “I was thrilled about the appointment of Deborah Flint and Tamara Vrooman. From a large airport’s perspective, that was absolutely wonderful. All of a sudden, our large airports caucus [representing Canada’s eight largest and busiest airports] has gone from one to three women. I like to think that, in some small way, I had a role in opening the door. Having three women around the table will make our discussions much more complete. I’m really pleased to see these appointments.”

Several open files at the CAC will occupy her during her tenure, which typically lasts two years before the serving vice chair takes over: “One of the biggest files is the creation of a dedicated security authority as a replacement for the Canadian Air Transport Security Authority [CATSA]. The existing model was being reviewed and was underway to be replaced. Airlines and airports have been working on this over the years.”

Another big task will be dealing with environmental, business and social sustainability in the aviation industry. Other open files include technology (“a big one”), financial sustainability for smaller airports and public transportation to airports.

I want to raise awareness of being a woman in a leadership role in aviation, where women are underrepresented
Joyce Carter CAC chair 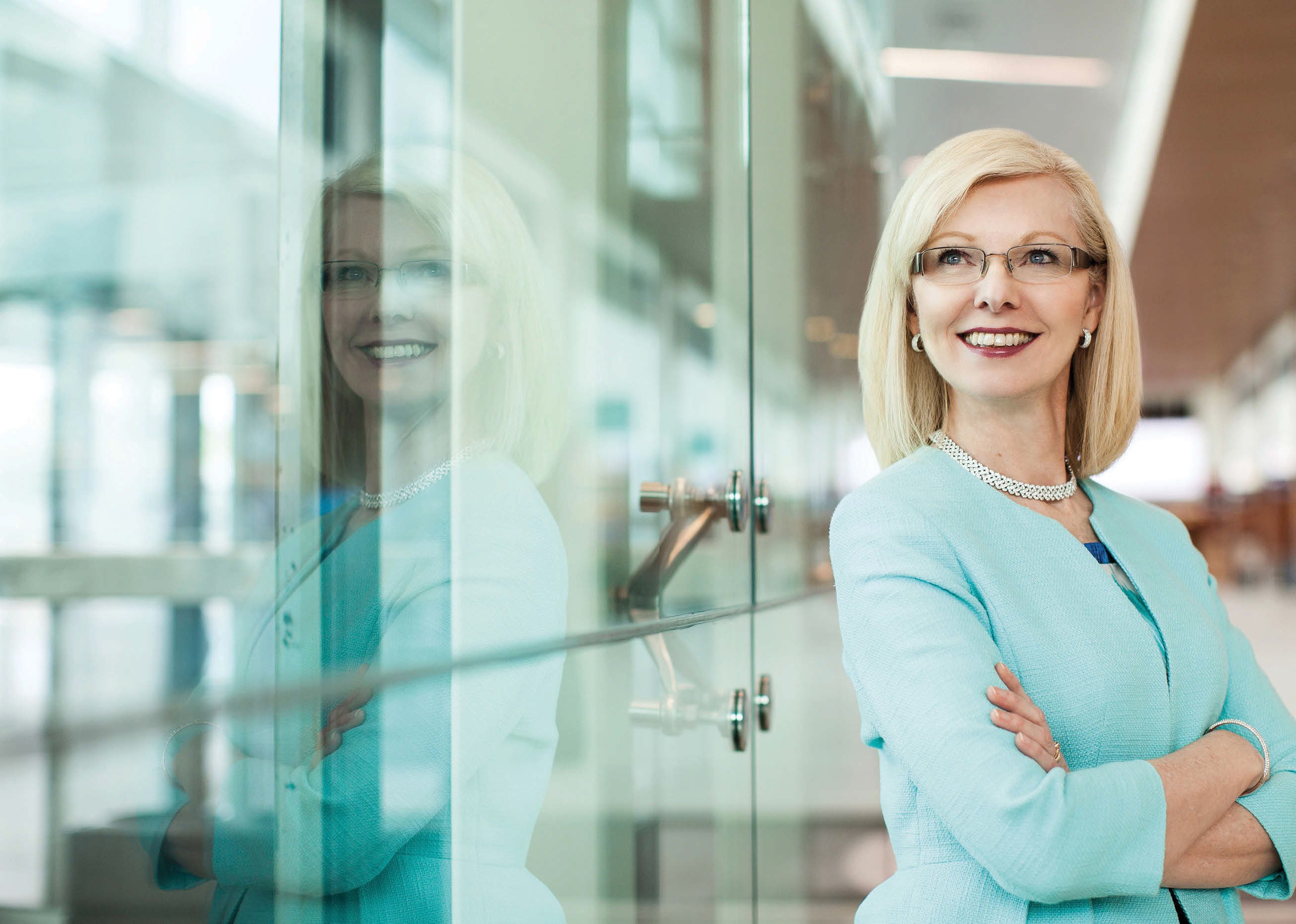 As was the case for most of the world, Canada’s air passenger numbers fell by more than 90% as the coronavirus pandemic struck Getty Images

The environmental issue is important, but if you look at sustainability holistically, you have to consider financial sustainability
Joyce Carter CAC chair

Ms Carter also has projects of her own she plans to bring to the fore: “On a personal level, one of the things I wanted was to continue the work I have done in promoting young girls in aviation.” She is also passionate about sustainability: “It is important to citizens and industry, who are looking to make business more sustainable in all aspects. Yes, the environmental side, [but] if you look at sustainability holistically, you have to consider financial sustainability. The third piece is the social side, the importance of airports to communities, how to give back socially to our communities.”

The coronavirus pandemic has hammered Canadian airports, driving down passenger numbers and revenues by more than 90%. The federal government’s new Large Employer Emergency Financing Facility (LEEFF), created this year, appears to have fallen flat for airports. The CAC has pointed out that only four of its 53 member airports qualify for it, yet they already have favourable access to credit. But the long-simmering issue of the ground lease rent payments that 21 airport authorities and the Billy Bishop Toronto City Airport must make to the federal government certainly has everyone’s attention.

In 1992, the federal government began a years-long “divesting” of public airports being run by Transport Canada to municipalities. They would be operated under the management of to-be-created local airport authorities, such as the Halifax International Airport, which was divested in 2000. The airport authorities would have to run them, improve them at their own cost and that of passengers – since the divestitures began capex projects have cost these airports many, many billions of dollars – and, for the privilege, pay rent to the federal government. In 2018, for example, Canadian airports paid more than C$400 million in ground lease rent while getting approximately nothing in return.

“At the time of transfer, our airport was valued at C$80 million,” Ms Carter said. “The developments [at HIAA] have been entirely funded by surpluses, borrowings and airport improvement fees. We have paid C$92 million in ground lease rent over the past 20 years and invested C$750 million in improvements. Per the agreement, at the end of our 80-year lease we have to hand back the airport, debt-free.”

Along comes COVID-19, airports are in agony and Ottawa responds by forgiving the rent payments from March to December 2020. “They acted very quickly, and we are very grateful for that,” she said.

But since the amount of rent is tied to revenues, waiving it will not help airports that will not earn enough this year to trigger any rent. For many other airports, the gesture will be worth less than it would in a normal year.

The silver lining, though, is that the rent issue – long an aggravation to airports – has been thrust on to the front burner. “Because of COVID-19, the message from the CAC is that if airports must pay rent, invest the money back into the airports; small airports cannot sustain themselves,” Ms Carter explained. 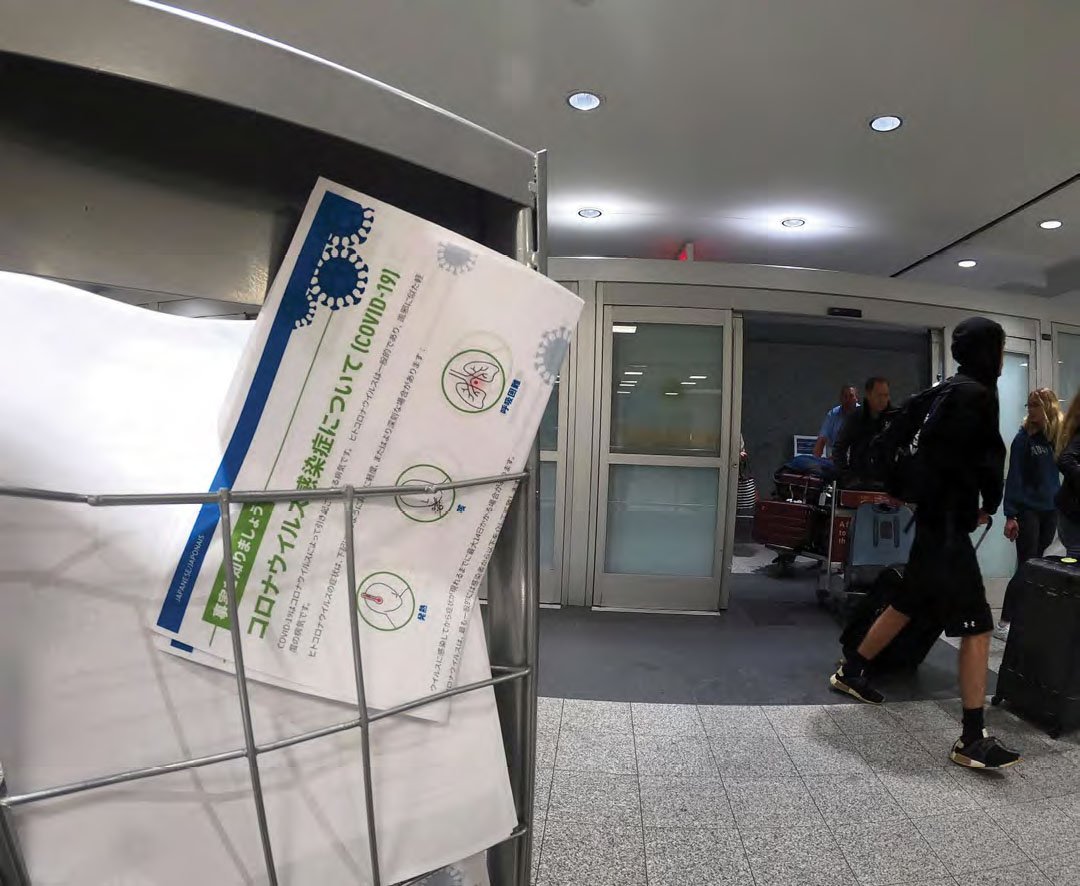 Despite the severe drop in passenger numbers, in the early days of the COVID-19 crisis news organisations cited poor control over social distancing or other safety protocols. For example, these included: ‘travellers flying home to the safety of Canada only to find themselves packed cheek by jowl in Customs areas’. Getty Images

We have asked for a lifetime suspension of rent, or at least until we return to 2019 passenger levels
Joyce Carter CAC chair partners

Cancelling ground lease rent entirely would sit even better with the CAC: “We have asked for lifetime suspension of rent, or at least until we return to 2019 passenger levels. The rent would stay with the airports and go toward paying our very high fixed costs... to continue to operate without additional borrowings or increased fees.”

The crisis also opened the door to discussing the need for permanent, stable government funding for those smaller airports that do not have the revenues to support their fixed costs.

Early in the COVID-19 debacle, accounts filtered out of some airports about what can only be called abysmal control over social distancing and other lax or absent safety protocols. For example, according to the CAC, these included “travellers flying home to the safety of Canada, only to find themselves packed cheek by jowl in Customs areas.” These issues, notes the CAC, were the responsibility of the Canada Border Services Agency and the Public Health Agency of Canada, not of the airports.

Although not responsible for customs or security screening in Canada, airports had to quickly step up to support changing public health protocols with enhanced cleaning programmes and installation of physical distancing measures.

Asked how airports will organise things to keep passengers safe, Ms Carter said: “Canada Border Services Agency and CATSA are two organisations responsible for how passengers are screened as they move through the airport. We need clear guidance from our government on how to implement new protocols. It is really key that our federal government take some leadership on a national approach. When you think of all the process touch points we have, you need extreme consistency. That is something CAC is working on with our partners and carriers.”

Airports must also puzzle out how they are going to work while the business recovers, which could take years: “We are trying to ensure [that] the size of operations fits the traffic and that we can support the various [health] initiatives. As we look to recovery, our operations will need to home in on these. Think of where technology could go as passengers move from kerb to gate. Look at clear regulations and strong consistency. The federal government can show leadership in what will be implemented and who will pay for it.”

CAC president Robert-Daniel Gooch wrote in his April/May 2020 newsletter: “Dozens of airports are facing more than C$350 million in capital costs to meet pending regulatory requirements.” While no-one objects to worthy new regulations, the CAC is asking Ottawa to “put a moratorium on the introduction of new, non-essential regulations and policies to allow airports to deal with the crisis at hand”. 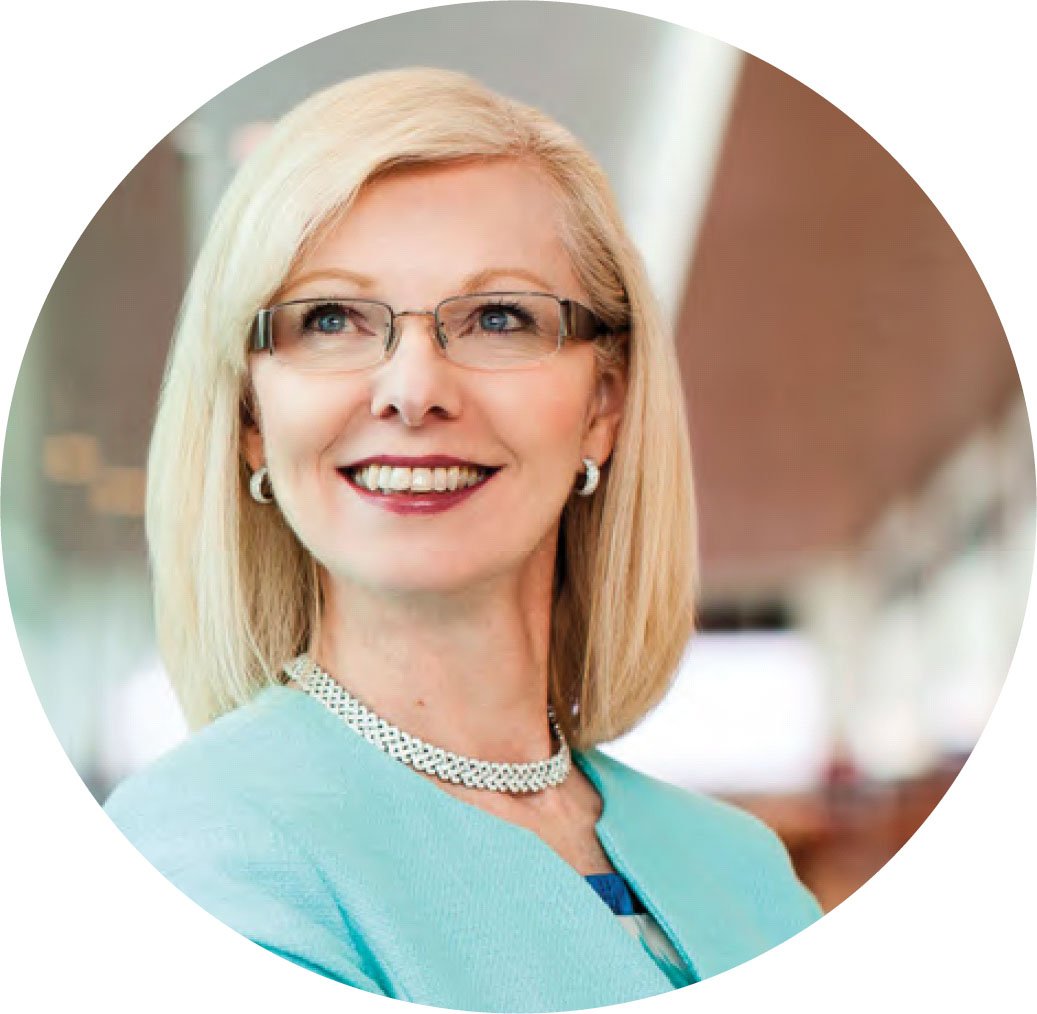 Could this crisis cool rule-makers’ passion for rule-making? Will Ottawa listen to Canada’s hurting airports? Ms Carter remains confident: “I think we can push back against government to put a pause on some of these items. The government values the work of the CAC and listens to us.” ai