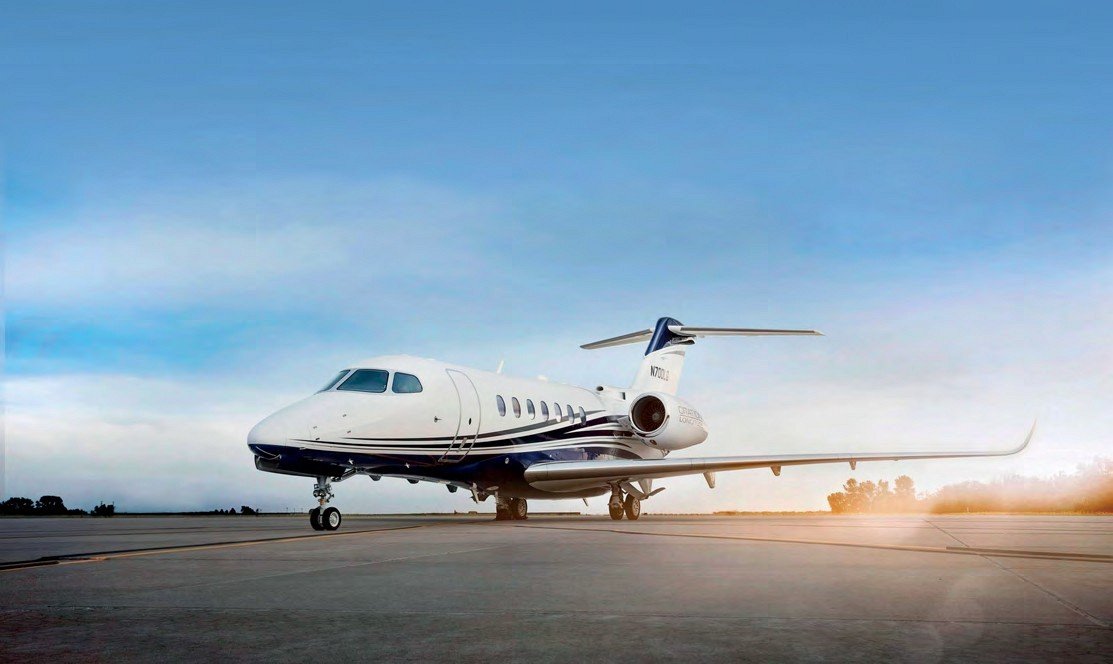 ONE OF the new aircraft making their debut at the 2018 Singapore Airshow in February was Textron’s super mid-size Cessna 700 Citation Longitude business jet.

The Longitude is the largest of the Citation family and the aircraft in the static display at Singapore, N707CL (msn 700-0007), was undertaking a demonstration tour of the Asia-Pacific region.

By the time the aircraft arrived in Singapore, it had visited 27 cities and flown more than 43,000 miles (69,200km), and had recently also completed a demonstration tour across the United States, visiting a further 46 cities.

At that time, the five aircraft in the Longitude flight test programme had accumulated almost 800 flights and 1,900 flying hours and the assembly line at Textron Aviation’s headquarters in Wichita, Kansas, was already at fullrate production. Federal Aviation Administration type certification is expected to occur in early 2018, allowing the first deliveries to customers to begin during the course of the year.

Jessica Pruss, Textron Aviation’s President of Asia Pacific Sales and Marketing, said: “With the demo tour now well underway and 27 cities now under its wings, the Citation Longitude has been receiving rave reviews. The Longitude’s spacious and comfortable cabin, along with its commanding performance, continues to awe pilots and passengers alike.”

The tour concluded in early March with a non-stop flight between Singapore and Sydney, Australia. Textron said the aircraft flew the 3,504 nautical mile (6,489km) sector between Singapore’s Seletar Airport and Sydney Kingsford Smith Airport, with a crew of two and five passengers, in seven hours and 39 minutes, after a direct climb to 41,000ft. The average speed for the flight was Mach 0.80.

Scott Ernest, President and CEO of Textron Aviation, said: “This flight is a compelling demonstration of the aircraft’s outstanding longrange performance capability for common mission profiles throughout the Asia-Pacific region. It also signals Textron Aviation’s commitment to investment in the region in both products and support.”

In other news from Singapore, Textron’s mid-size Citation 680A Citation Latitude has been granted certification by the Civil Aviation Administration of China and Australia’s Civil Aviation Safety Authority.

The Latitude is now certified in 43 countries, with more than 100 aircraft delivered and over 60,000 flight hours accumulated since it first entered service in August 2015. Textron also had an example of the Latitude, N985BC (msn 680A- 0009), on static display at the Singapore Airshow.

Textron Aviation further announced on February 27 that for 2017 the Latitude had won the title for the most deliveries in the midsize category, for the second year in a row. The manufacturer said 54 aircraft were delivered during 2017, an increase of 30% over the previous year.