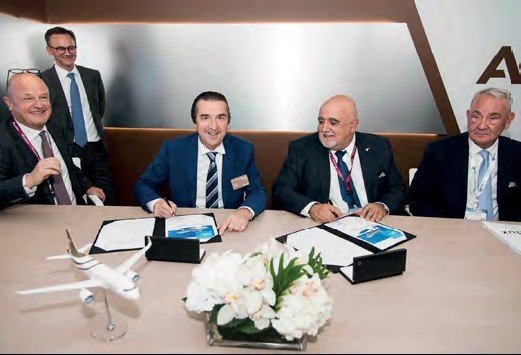 SWISS-BASED CORPORATE charter company Comlux has ordered an additional Airbus ACJ320neo, bringing its fleet to four aircraft and its total number of Airbus corporate jets to 20.

Richard Gaona said: “Airbus and Comlux have both made a business out of setting new standards, of which the ACJ320neo and our growing fleet of them are the latest examples. We are already the largest customer for the ACJ320neo Family aircraft, all powered by the new CFM International LEAP-1A engine.”

Cabin outfitting will be done by Comlux Corporation in Indianapolis and, on August 26, 2019, the company announced that it has been selected by Stuttgart-based DC Aviation Group to complete the VIP interior of an ACJ320neo at the facility. The latest order takes Comlux Completion Centre’s ACJ320neo order book to four aircraft. Nigel Pittaway