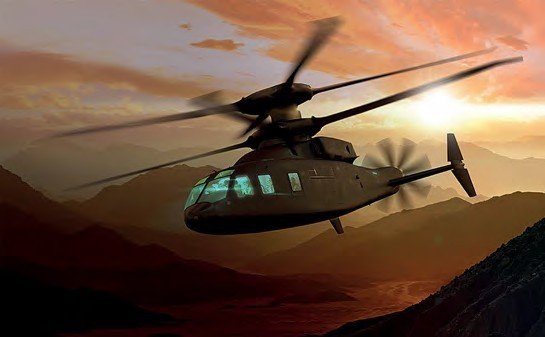 Sikorsky, and its partner Boeing, are proving the scalability and tailoring of Sikorsky’s X2 technology with the SB1 Defiant medium-class technology demonstrator. The SB1 is being developed for the US Army’s Joint Multi-Role Technology Demonstration programme to help define the Future Vertical Lift (FVL) programme. Technologies used on GE’s FATE engine will be available if a new centre-line engine is required for FVL.
Boeing

THE 5,000 to 10,000shp-class turboshaft-engine design GE Aviation is producing under a $45 million Future Affordable Turbine Engine (FATE) technologydemonstrator contract from the US Army is slightly more advanced than the 3,000shp T901 design it is developing as a candidate for the US Army’s Improved Turbine Engine Programme (ITEP), according to GE.

Apart from any other technological differences between FATE and ITEP, during tests of the first FATE engine in 2017 it demonstrated the highest single-spool compressor pressure ratio in GE Aviation’s history – even higher than the 27:1 ratio the highpressure compressor module in GE’s huge new GE9X commercial-turbofan engine has demonstrated in testing.

Mike Sousa Jr, director of advanced turboshaft business development for GE Aviation told AIR International: “We were certainly aware of the GE9X pressure ratio when we made the statement that we were the highest pressure-ratio compressor in GE’s history”.

Whereas, with ITEP, we’re looking at what is the right configuration for production. So we might have used a little more on additives during the FATE programme, because that’s a way to avoid having a tool-up without thinking about what the best long-term approach is to making parts.”

While declining to detail exactly how GE’s FATE and T901 development engines differ technologically, Sousa hinted at other technological differences between FATE and ITEP. He said: “The FATE engine is clearly an engine where we’ve pushed the state of the art on all the technologies within the engine.

We go to a higher pressure ratio [and] we go to higher temperatures and reduce the cooling [air] flow [to the turbine blades]. We also have advanced materials in there and use those advanced materials in new and different ways and have better cooling configurations in order to meet all of those requirements.”

Additionally, “Within the FATE programme … we are using the computerised control system to do things that we wouldn’t have been able to do any other way. It’s certainly an integral part of our being able to meet the programme goals and to take advantage of the things that we can do with that full-authority digital control that we couldn’t do if we didn’t have that system on board.”

Also, “Part of our philosophy is that we look at engines through the future … to make sure that we’re taking advantage of the ability to turn things on and off when we need them and when we don’t need them, especially when you get to aircraft like FVL [the US Army’s potential Future Vertical Lift requirement],” said Sousa. “The ability to control things that you didn’t have in previous aircraft, taking advantage of that, understanding what that control system looks like and how that all works, is certainly a technology that we’re working hard to make sure we take advantage of for the future.” 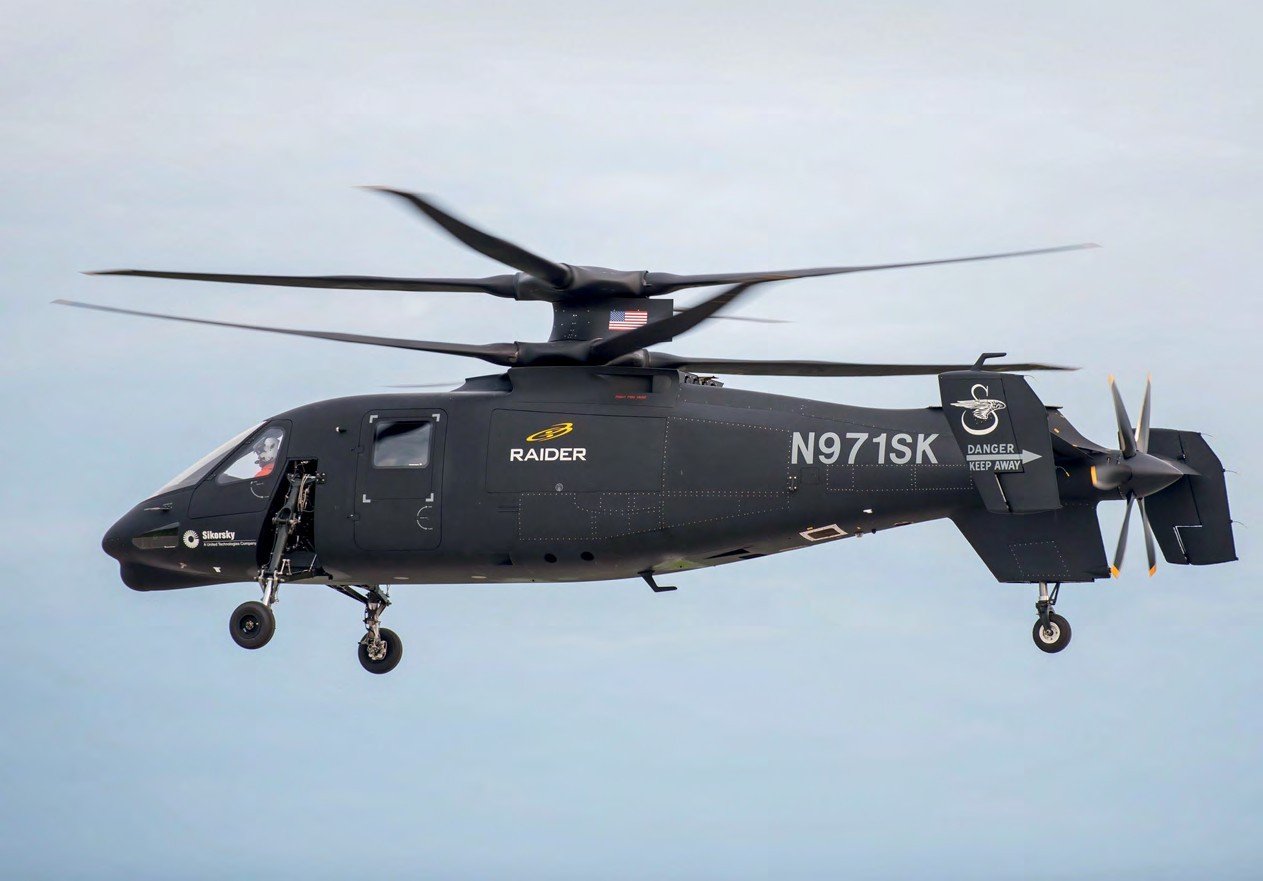 According to Sikorsky, its X2 technology, at the heart of the S-97 Raider demonstrator, is the foundation for Lockheed Martin’s support to the US Army’s Future Vertical Lift programme with its air vehicle and systems design.
Sikorsky 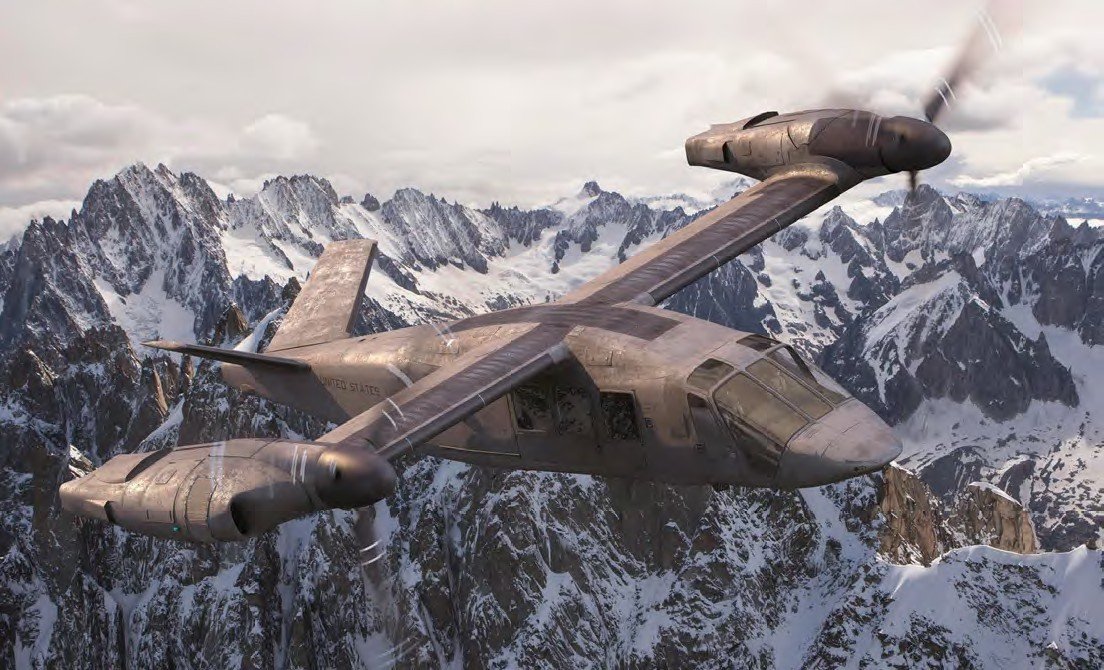 Following competitive bidding, the US Army awarded GE Aviation the FATE contract in 2011 as a costsharing programme in which the company would contribute equally to the development costs of the FATE demonstrator engine. GE Aviation completed and tested the first FATE turboshaft in 2017 and after incorporating technological lessons it learned from those tests into the second FATE engine, it will test the second one in 2018, after which the FATE programme will end.

As engines for rotary-wing aircraft – in FATE’s case, potentially also for tilt-rotor aircraft as a turboprop – FATE and ITEP are aimed at demonstrating designs and technologies for different turboshaft power requirements. But both stemmed from the Advanced Affordable Turbine Engine (AATE) science and technology (S&T) programme the US Army launched in 2006, according to Sousa.

However, the AATE S&T effort was primarily designed to lead to a subsequent programme which would focus on developing a new 3,000shp-class engine to replace the approximately 6,000 GE T700 turboshaft engines powering the US Army’s vast fleets of UH-60 Black Hawk and AH-64 Apache helicopters – combined, nearly 3,000 rotorcraft. “As we worked in the AATE programme, we were kind of focused on getting ready for an ITEP programme after the AATE programme was completed,” confirmed Sousa. As a result, “With FATE, we were a little bit freer to go push some of the state of the art technologies a little bit further, so that we could … push the limits of those technologies and learn a little bit more … As some of those results from the FATE programme come along, we understand what those technologies are and how far we can push them as we introduce them into our products for the future.”

That said, where GE Aviation’s T901 ITEP development is aimed specifically at winning the twohorse race for an eventual, massive single-source contract from the US Army for 3,000shp-class turboshaft engines, GE Aviation doubts the 5,000-10,000shp-class FATE development effort will result in a new production engine.

“Both AATE and FATE are science and technology demonstration programmes and they certainly are intended to produce technologies that end up in future products.

Certainly it’s our mission to make sure that we develop technologies … to be able to improve our existing products,” said Sousa. But “whether there will be a new centre-line engine exactly that follows our FATE programme – that looks pretty doubtful. Those technologies would be available if there is a new centre-line engine required for FVL, but if not, then we’d be looking for opportunities to take those technologies and apply them to existing engines like the T408 or T700, or a new engine like our ITEP engine.”

Ron Hutter, executive director of GE Aviation’s T901 programme said: “The ITEP programme itself is going to be a critical component of FVL as well. We think that, depending on which [aircraft and power requirement] case that you’re looking at, the high-testclass engines could be the solution for those case sets, or some scaled variance of ITEP will solve multiple case sets … Where [the US Army] has identified these key areas of focus, one of them being FVL, we really think that all of their investments are lining up towards its key priorities. And ITEP is going to be just one piece of that.”

GE Aviation is convinced that a single-spool architecture like that in its T901 engine is “the simplest when you look at scaling up or down from a baseline … having a single spool makes that much easier to scale,” said Hutter. “When you start adding multiple spools and multiple frames and multiple bearings and multiple compressors, that’s where we think that the complexity complicates the scalability,” both for any further development of the ITEP and for “anything that might come once FVL gets better compliance from a requirements perspective.” 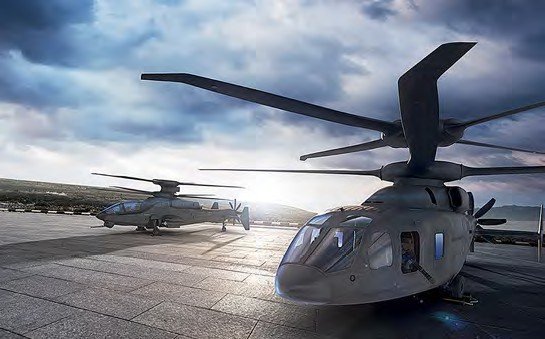 The Sikorsky-Boeing team is developing assault and attack variants of the SB1 Defiant medium-lift helicopter for the US Army’s Joint Multi-Role Technology Demonstration programme to help define the Future Vertical Lift programme. Technologies used on GE’s FATE engine will be available if a new centre-line engine is required for FVL.
Sikorsky