Riccardo Niccoli reports from Amendola Air Base, Italy, on the first NATO Tactical Leadership Programme course to include the F-35 Lightning II 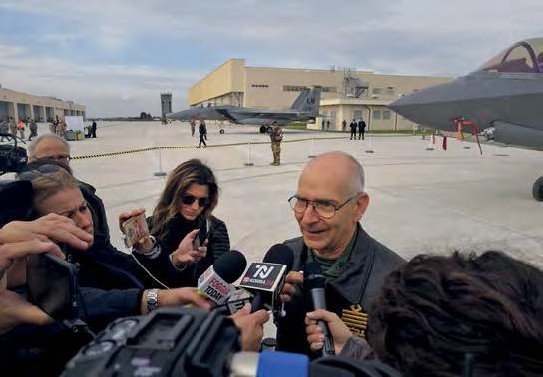 THE FOURTH NATO Tactical Leadership Programme (TLP) course for 2018 was held away from its normal home base at Albacete, Spain. This year’s fourth course was organised by Italy and hosted by Amendola Air Base, the very first staged to test and evaluate the integration of fourth and fifth-generation fighters. It was attended by more than 900 military personnel, and involved about 50 aircraft from five countries.

NATO’s TLP is an international programme supported by Belgium, Denmark, France, Germany, Greece, Italy, the Netherlands, Spain, the UK and the United States. Its objective is to develop and sharpen air power by educating future mission commanders in complex air operations within robust operating environments. Similar to the US Air Force Weapons School based at Nellis Air Force Base, Nevada, NATO’s TLP is a recognised organisation for the study and development of leadership skills, and Combined Air Operations as a whole.

As part of its mandate, the TLP is also a test and evaluation organisation, so integration between fourth and fifthgeneration fighters is currently the biggest challenge faced by the programme.

Thanks to the willingness of the Aeronautica Militare, course 2018- 4 was hosted by 32° Stormo, the parent wing of 13° Gruppo, the first Italian F-35 squadron; in December 2016 13° Gruppo was the first operational F-35 unit in the world, outside the United States.

In a near two-year period, 13° Gruppo was, despite a small number of aircraft assigned, able to develop its flight operations by using a building block approach for training and conducting missions with increasing complexity and difficulties.

On March 1, 2018, 13° Gruppo was assigned to the Italian air defence system, having being declared operational for quick reaction alert duty. Today, eight F-35As are assigned to 32° Stormo, while two more remain deployed to Luke Air Force Base, Arizona, home of the F-35’s International Training Centre. An 11th aircraft is soon expected to be delivered to the wing from the Final Assembly and Check Out facility located at Cameri Air Base in northern Italy. 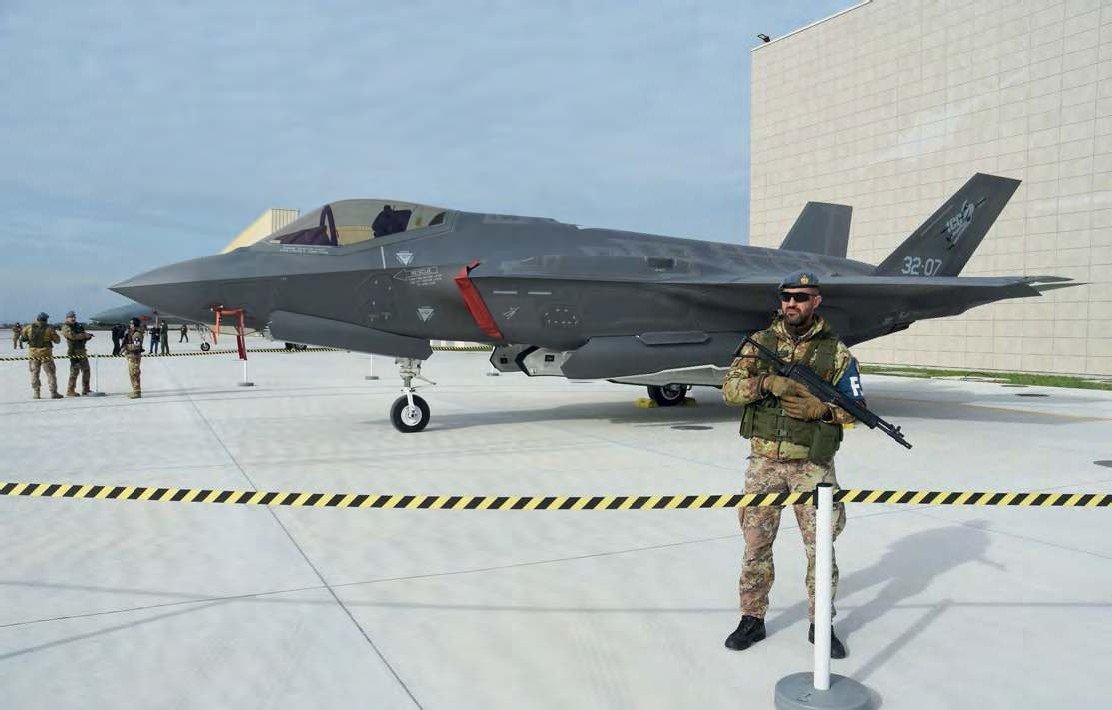 During a TLP media day at Amendola, the newly appointed Aeronautica Militare Chief of Staff, General Alberto Rosso, announced that the Italian F-35 fleet has reached its initial operational capability (IOC) qualification. Discussing the declaration, he said: “Today is an important day for the Aeronautica Militare. With the IOC qualification of our F-35 we are able to deploy, first in Europe, a real operational capability with a fifthgeneration aircraft. This means the capability of a system formed by more aircraft, by aircrews trained to use them, by a logistic and maintenance support chain able to sustain them. We must be proud of this target, attained thanks to the work of our predecessors, and of everybody who, every day, with commitment, heart and passion, allowed incredible results to be achieved, even ahead of schedule. It is an important day also for the meaning of this TLP course, which represents the first real integration between fourth and fifth-generation weapon systems. It is also an important opportunity to develop the essential capabilities of air power with other nations that must be able to deploy internationally.”

Tip of the spear

Amendola-based 32° Stormo is the tip of the spear of Italian air power, as it not only controls the first F-35 squadron (and is destined to activate at least a second one in the future), but also has two UAS squadrons, operating a mix of Predator A+ and Predator B UAVs, assigned.

TLP course 2018-4 started on November 19 and ended on December 14, a standard four-week schedule. Bad weather curtailed some lying activity in the second week, otherwise the course ran as scheduled. A more in-depth report on TLP 2018-4 will feature in the next issue of AIR International.