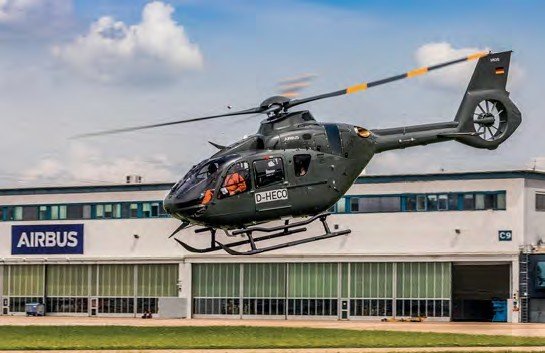 The last of five H135 helicopters to be acquired under a lease arrangement has now been delivered to the German Armed Forces. Airbus Helicopters

The German Federal Office for Bundeswehr Equipment, Information Technology and In-service Support (BAAINBw) has leased the five helicopters for use by the German Armed Forces to train helicopter pilots at the Internationales Hubschrauberausbildungszentrum based at Buckeburg near Hanover, where they join 14 other H135s in use since 2000.

Together, the Bundeswehr training fleet has accumulated over 10,000 flight hours to date.