Boeing 787-10 9V-SCA (c/n 60253) was greeted with a water cannon salute upon its arrival at Singapore Changi Airport Terminal 2 on March 28.
All photos Singapore Airlines 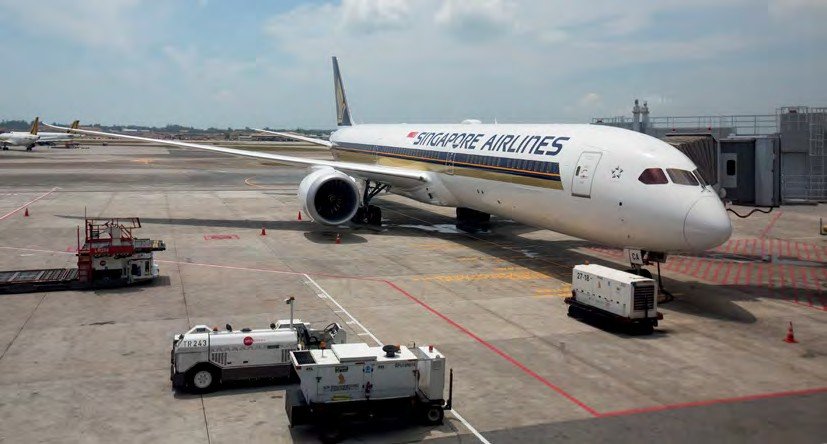 Singapore Airline commenced its first commercialflights on the 787-10 to Bangkok, Thailand, and Kuala Lumpur, Malaysia, for crew training.

Singapore’sflag carrier became the first airline tofly the largest version in the 787 family, and the arrival of the aircraft gave a boost to the airline’s recent modernisation andfleet renewal.

The airline group’s SIA Engineering Company is also part of a major joint venture with Boeing, which provides maintenance, repair and overhaul services for Boeing 737s, 747s, 777s and 787s. With over three years of technical and operational experience on the 787, the SIA Group is set to possess some operational and logistical advantages for the Dreamlinerfleet over some operators.

Unlike the 787-8 and 787-9, the 787-10 has a shorter range of 6,430 nautical miles (11,910km) and will be utilised for SIA’s Asia-Pacific operations, forflights up to eight hours. However, at maximum range, the aircraft is still able to reach New Zealand and the entirety of Asia from its hub in Singapore.

The airline announced in February 2018 that Osaka will be the 787-10’s first destination, followed by Perth, both starting from May. In the interim, SIA will begin crew training on the 787- 10 to nearby Bangkok and Kuala Lumpur for most of April. 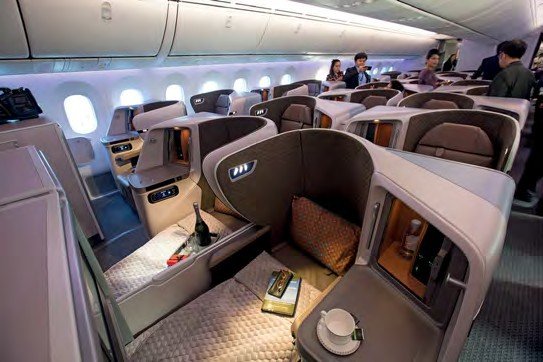 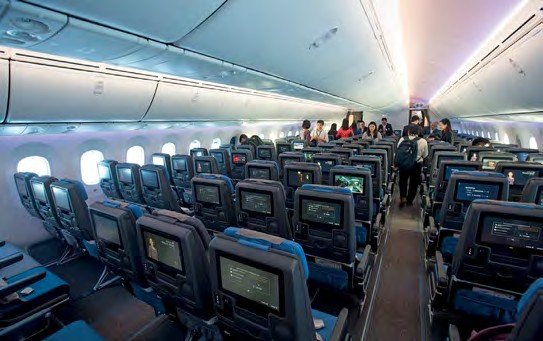 SIA opted for a two-class cabin in the 787-10, with 301 seats in economy, ensuring high optimisation of space.

Goh Choon Pong, SIA’s Chief Executive officer told the media SIA would be deploying the Dreamliner to Japan’s Nagoya and Fukuoka as next destinations.

Tan Kai Ping, SIA’s Senior Vice-President for Marketing and Planning told AIR International that SIA wanted to deploy the 787-10 to destinations that appreciate premium products, yet also markets that are big enough to fill the larger aircraft. With Tokyo already out of slots, Osaka was an obvious choice.

SIA has invested $350 million on the new regional cabin on the first 20 787-10s, which have 337 seats in two classes, 36 in business and 301 in economy. It is an 18% increase in capacity compared to the A330-300’s 285 seats. At the delivery ceremony at Singapore Changi Airport, SIA unveiled the new regional business class product, to replace the decade-old seats used in most Airbus A330- 300s and Boeing 777-200s for regional operations. Arranged in 1-2-1 forward facing layout, it ensures aisle access for all passengers not seen in current regional products. The airline also touts that the new regional business class seats are comparable to most long-haul business products.

The seats are designed by Airbus’ Stelia Aerospace and can be converted into a 76-inch (1.93m) fully lie-flat bed, unprecedented in the region’s medium-haul products. The feature will be especially welcomed in a number of overnightflights to Japan and Australia. Other features include an 18-inch (457mm) high definition touchscreen display with an enhanced KrisWorld in-flight entertainment.

Economy class is arranged in 3-4-3, with Recaro seats similar to the economy seats in the new A380 product introduced last November. Like most modern economy seats, they possess USB charging ports, an 11.6-inch (294mm) touchscreen monitor and a six-way adjustable headrest. The whole aircraft is connected via Panasonic’s Ku-band Global Communication Services, as well as having GSM connectivity from Aeromobile.

Goh said: “The new products were the result of a series of consultations with customers and from working closely with our seat designers and manufacturers. We are confident that the new regional cabin products, with full-flat beds in business class and the many new features in economy class, will offer our customers a more comfortable in-flight experience even on the shortestflights.”