SINGLE-AISLE narrowbody airliners able to fly long haul are not new. Boeing 757s have plied routes across the North Atlantic for years, the big US network carriers American Airlines, Delta Air Lines and United Airlines all using the type in the transatlantic market. 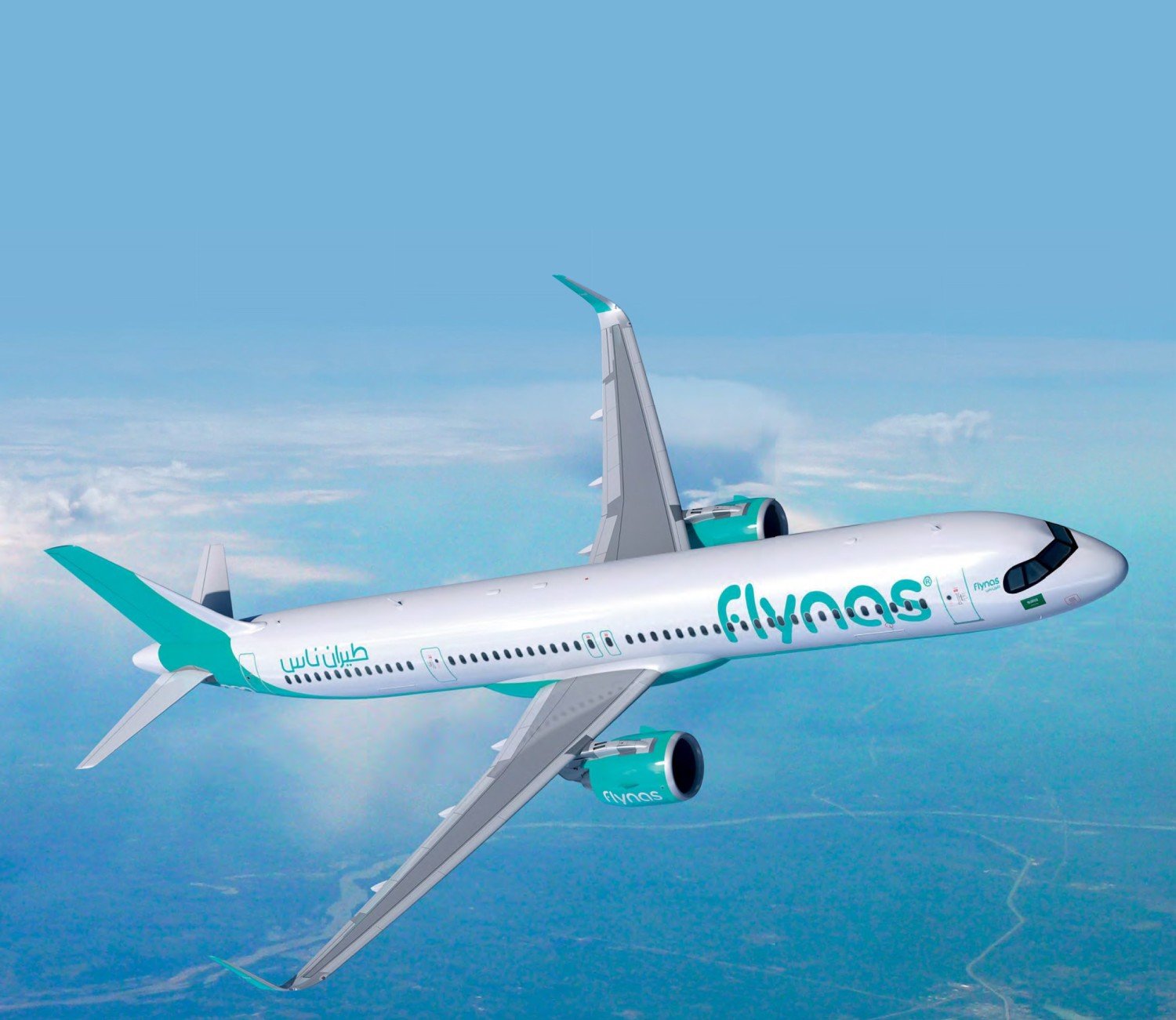 Flynas is among the launch customers for the A321XLR.
Airbus

The 757 fits nicely into these airlines’ fleets by off ering a costeff ective way to serve so-called ‘thin’ routes from major hubs to secondary destinations that don’t have the passenger numbers to justify putting a larger twin-aisle widebody on them.

Other single-aisle jets used on transatlantic routes are the 737-800 and 737 MAX 8 (the latter until its grounding), with WestJet 737-800s used from Canada and Norwegian 737 MAX 8s used on some routes to the United States. Norwegian has also ordered the A321LR, the long-range A321neo subvariant with 4,000 nautical miles (7,408km) range that entered service (with Arkia Israeli Airlines) to cater for the transatlantic market.

Single-aisle usage for long haul is set to become more prevalent elsewhere. The CAPA Centre for Aviation consultancy says: “There are huge opportunities within the vast Asia Pacific region for LCCs [low-cost carriers] to utilise the improved range of new generation narrowbody aircraft.”

CAPA says although Asia-Pacific is a key region for LCCs, with operators ranging in size from AirAsia, IndiGo, GoAir and VietJet to smaller players such as 9 Air and Spring Airlines in China, only two LCCs in the region, IndiGo and VietJet, currently use singleaisles on routes beyond five hours’ flight time. Operators flying long haul in the region such as AirAsia, Jetstar, Scoot and Cebu Pacific mainly use widebody twin-aisles like Airbus A330s and 787s for such routes instead.

This is set to change, however, because more LCCs in the region have ordered more examples of the furthest-flying single-aisles. Jetstar Airways, its sister operation Jetstar Japan and the Japanese LCC Peach have all committed to acquiring A321LRs, each saying it will use the aircraft to serve new long-haul routes around southeast Asia.

One interesting player in this respect could be AirAsia. The carrier’s AirAsia X unit already flies long haul using A330s, but in CAPA’s view: “There is nothing preventing AirAsia X from supplementing its existing widebody fleet with narrowbody aircraft on long-haul routes … AirAsia and AirAsia X are separate companies with diff erent ownership groups and stock listings, but they share a website, brand and distribution network.”

The consultancy added: “A potential A321LR order from AirAsia X would have significant strategic implications, leading to much faster growth within Asia Pacific in the low-cost long-haul narrowbody segment. AirAsia X may use A321LRs to replace A330-300s on its thinner routes to North Asia, including Japan, as well as opening new routes to north Asia, south Asia and Australia that would not be viable with widebody aircraft.”

Further spice to the long-haul narrowbody mix has been provided by the A321XLR, launched by Airbus in June 2019. This new A321neo variant boasts even further range than the A321LR, off ering 4,700 nautical miles (8,400km).

In terms of the Asia-Pacific market specifically, it was notable that both the Qantas Group (parent company of Jetstar) and Cebu Pacific were among launch customers for the A321XLR, signing commitments for 36 and ten examples respectively. What chance A321XLRs might be heading to Jetstar, given A321LRs are already destined for the carrier?

These might not be the last A321XLR operators from the region, given the number of incumbent A320neo Family customers there. The A321XLR (and the A321LR) give airlines an opportunity to put in right-sized capacity for long-haul markets too small for widebodies, but too large for a standard-gauge single-aisles.

An interesting announcement at Paris in this respect was AirAsia converting no fewer than 235 A320neo orders to the A321neo. Might AirAsia further amend its Airbus orders to take on A321XLRs? Although it has ordered A330-900s for AirAsia X, an A321LR or A321XLR conversion might make sense for the carrier to grow its presence in certain parts of its network.

Airbus is confident about the A321XLR’s prospects in this region; it was noticeable on launching the variant the company specifically cited how several key routes in the region (Tokyo–Delhi, Auckland– Hawaii, Kuala Lumpur–Dubai) fall in the subvariant’s range.

Back in the transatlantic market, the A321XLR clearly fits into many operators’ requirements, as orders from American Airlines (50 aircraft), IAG (up to 28 aircraft for Aer Lingus and Iberia), Indigo Partners (some of whose 50 aircraft will go to Frontier Airlines) and JetBlue (13) all show.

With Delta and United both operating ageing midsize equipment, and other carriers in Europe, Latin America and the Middle East eyeing long-haul expansion (the Saudi LCC Flynas was another A321XLR launch customer with an order for ten), it is possible other airlines will take on the latest, more capable singleaisles.