This is a large-scale programme that will modernise the development and differentiated training of fast jet crews, and involves major changes in the way future Armée de l’Air fighter pilots and their instructors will train.

After several years of a rumoured purchase of Pilatus PC-21s, which only got stronger after the official request for proposals in April 2015, Pilatus announced on January 4, 2017 that they had been awarded the FOMEDEC contract and the Armée de l’Air would acquire 17 PC-21s. The new trainers will be based at BA709 Cognac Châteaubernard, which is the home of the École de Pilotage de l’Armée de l’Air (EPAA) 0/315. The first PC-21 should be delivered in early 2018.

Neither Pilatus nor the Armée de l’Air communicated about the value of the contract, but in a press release Pilatus stated that the sale of 21 PC-21s (the 17 aircraft for the Armée de l’Air, plus two for the Royal Jordanian Air Force and two for QinetiQ at Boscombe Down) was worth €280 million.

CAE is said to have been awarded the contract for the different PC-21 simulators, including a full mission simulator and Part Task Trainer that will also be based at Cognac. The simulators will be housed in new facilities at the base and will be operated by military instructors.

Babcock Mission Critical Services France and Dassault Aviation will maintain the new French trainers for 11 years through a subsidiary that will be led by Babcock. Outsourcing maintenance is not new for the EPAA. Cassidian Aviation Training Services has been maintaining the school’s Grob 120A and TB-30 Epsilon aircraft for years and the Armée de l’Air has very positive experiences with them.

According to the contract, Babcock has to supply between approximately 10,000 and 14,000 flying hours per year, which should be sufficient to train the planned 30 Armée de l’Air fighter pilots, ten navigators and ten Aéronavale pilots per year as well as download (transferred from one type of aircraft to another) training hours from the fast jets for a group of 50 Armée de l’Air fighter pilots. There are also plans to train foreign pilots but there has not been any information about this, except for the initial plans to train a group of around ten.

The advantage of this kind of contract, under which the Armée de l’Air buys a certain number of hours from Babcock, is that the Armée de l’Air can increase the number of hours if needed. This is a proven concept; it’s not the first time that Babcock will operate aircraft for the French military. At Dax, the École de l’Aviation légère de l’Armée de Terre (EALAT) flies with 27 EC120s from Hélidax, a subsidiary of DCI and Babcock, who are both 50% shareholders. In recent years, the Aviation légère de l›Armée de Terre has often bought additional hours for pilots assigned to the different army helicopter regiments.

The EPAA at Cognac currently runs the pre-advanced fighter course on the TB-30. However, the PC-21 will not only replace the Epsilon but also the Alpha Jets of the basic fighter course, assigned to the Ecole de l’Aviation de Chasse (EAC) 0/314 at BA705 Tours. Thus, the entire preadvanced and basic fighter courses will be taught at Cognac from 2018 onwards.

The Alpha Jet Es assigned to the Patrouille de France at BA701 Salon de Provence and the Escadron d’Entraînement (EE) 3/8, as well as the modernised Alpha Jets of the Ecole de Transition Opérationnelle (ETO) 0/8 at BA120 Cazaux, will continue to operate for the foreseeable future. The Armée de l’Air has a sufficient inventory of spare parts, which will last longer once the Alpha Jets at Tours are retired.

This reorganisation will save the Armée de l’Air a considerable amount of money through the closure of an air base, the retirement of two fleets of aircraft that are becoming ever more expansive as they age, outsourcing of the maintenance and the fact that flying hours on the Rafale and Mirage 2000 will reduce because of the approximately 50 Armée de l’Air pilots flying differentiated training on the PC-21.

On December 12 2016, two additional Rafales (one from BA113 Saint-Dizier and one from BA118 Mont-de-Marsan) went to the air base in Jordan, bringing the total number of Rafales assigned to the Opération Chammal detachment to 14. This increase in the number of Armée de l’Air Rafales deployed followed the end of the third Chammal deployment of the French aircraft carrier, the Charles de Gaulle, which returned home to the port of Toulon on December 14.

Even though the Alpha Jets from BA705 Tours will be retired from service over the next few years, the ETO at BA120 Cazaux will continue to operate its fleet of modernised French and Belgian Alpha Jets for years to come.
All photos Jan Kraak 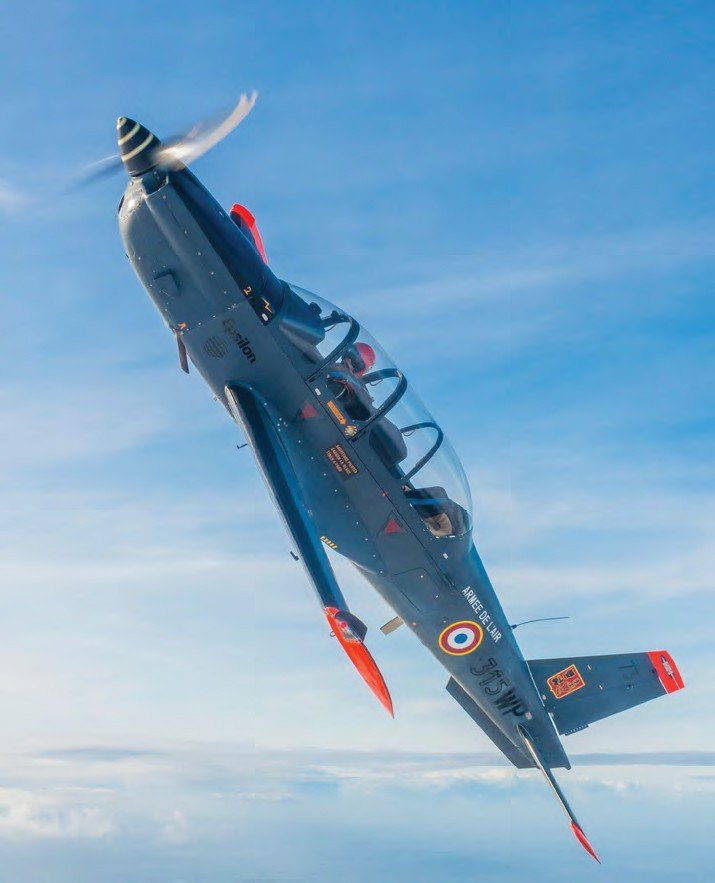 The TB-30 Epsilon will be retired over the next few years as the PC-21 will be delivered from 2018 onwards.

During its 72 days in the Mediterranean, the Charles de Gaulle launched approximately 500 sorties. Two-thirds of these were flown over Iraq and onethird over Syria. Most of the missions consisted of providing close air support (CAS) to Iraqi forces, for instance around the Mosul area. This was the first cruise without the Dassault Super Etendard. Besides the CAS missions, the Aéronavale Rafales also executed deliberate strike and reconnaissance missions. The final airstrike by the Aéronavale Rafales took place on December 9.

This was the last cruise for the Charles de Gaulle before it goes into deep maintenance in Toulon. From early 2017, the aircraft carrier will be in the dock for approximately 18 months. There is a chance that the Rafale Ms of the Aéronavale will return to Chammal during this period, operating besides their Armée de l’Air colleagues at either the Jordanian or a Qatari base.

In an early January press release, the French Ministry of Defence stated that French aircraft had carried out 76 sorties between December 27 and January 5. During these missions, the Armée de l’Air Rafales carried out 18 attacks against armed insurgents, destroying 21 targets. Most strikes were against mortar positions and suicide vehicles in Iraq; two strikes took place around Raqqa in Syria. According to the French press, the French Rafales were flying near Raqqa and Palmyra in the first week of January. 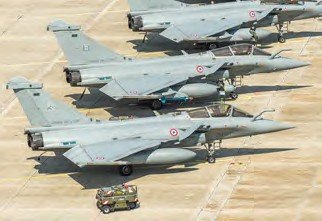 No less than 14 Armée de l’Air Rafales are now assigned to the Chammal detachment, based in Jordan and Qatar.

The French forces have been using so much ammunition that there have been regular reports of the Armée de l’Air being short on bombs and laser-guided kits. The French already bought additional 250kg (550lb) bombs in 2016. But this is not enough. During the discussions on the 2017 Defence Budget Act in November 2016, Laurent Collet-Billon, the delegategeneral for armaments at the French Ministry of Defence, explained to the French National Assembly’s Committee on National Defence and Armed Forces that there was a need to buy more modular kits (Armements Air-Sol Modulaires or AASM).

It was, therefore, no surprise when the DGA announced on January 5 that the Ministry of Defence had ordered additional AASMs from Safran Electronics & Defense. These bombs can have different specifications such as operating with GPS (AASM-GPS or SBU-38) or laser-guided (AASM-Laser or SBU-54).

This is very useful when operating in areas with potentially fast-changing meteorological conditions such as in Syria and Iraq. If there is a lot of sand in the atmosphere, the laserguided bomb is of less use, as the targeting pod cannot always aluminate the target. The French forces have received 1,700 AASM kits.