This year’s European personnel recovery exercise was held at Gilze-Rijen Air Base and multiple training locations in the Netherlands and Belgium. Kees van der Mark was there to witness the action 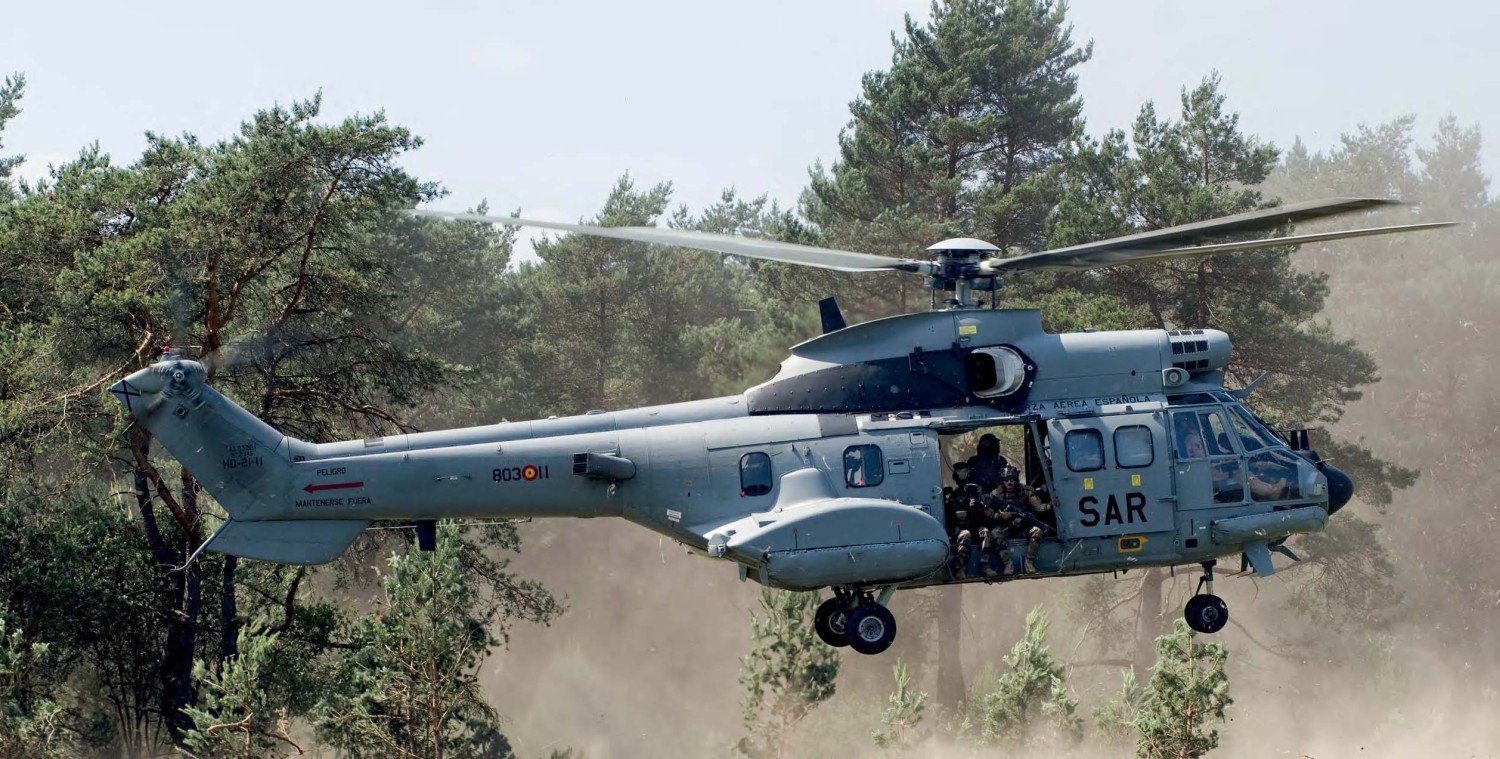 Six areas of heathland in the Netherlands and three airfields in Belgium were used as training locations during APROC.
All images Kees van der Mark

The annual Air-centric Personnel Recovery Operatives Course (APROC) was first held in 2007, although called Combined Joint Combat Search and Rescue Standardisation Course (CJCSARSC) back then. APROC aims to teach aircrews and extraction forces to work together in planning and executing recovery missions using standardised procedures, terminology and formats. The course is the result of discussions in 2006 with the Tactical Leadership Programme (TLP), staged at the time at Florennes Air Base, Belgium. TLP helped organise the first two courses at Florennes, in 2007 and 2008. Renamed CJPRSC and hosted by participating nations on a rotational basis since 2009, the course has since been held at air bases throughout Europe. Recent editions of the course – known as APROC since 2016 – ran at Lechfeld in Germany (2016) and Rivolto in Italy (2017). This year’s course was the first hosted by the Koninklijke Luchtmacht (KLu, Royal Netherlands Air Force). 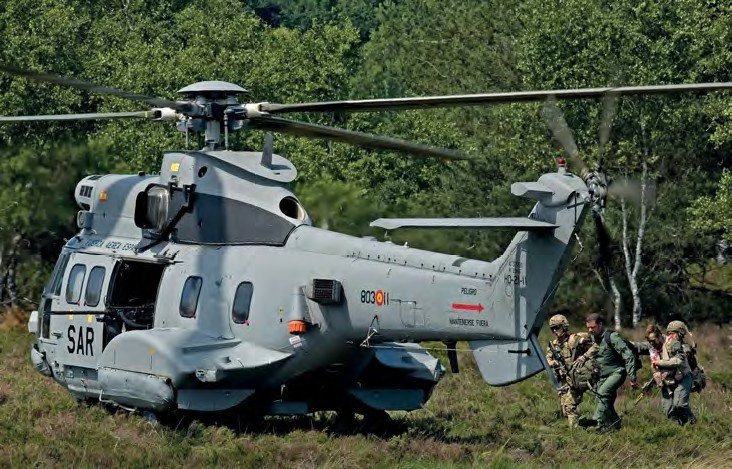 A recovered air crew, one of them made-up to simulate injuries, is guided to the rescue helicopter, in this case an Ejército del Aire Super Puma from Cuatro Vientos-based Escuadron 803.

APROC is one of the courses organised by the European Personnel Recovery Centre (EPRC), a multi-national unit formed in 2013 under the European Air Group (EAG) to serve as the recognised hub for personnel recovery expertise in Europe. EPRC was off cially established on July 8, 2015, and recognised by NATO as the 32nd Partnership Training and Education Centre on February 23, 2018. Its seven member nations are Belgium, France, Germany, Italy, the Netherlands, Spain and the UK. EPRC also has a further five partner nations: Canada, Hungary, Poland, Sweden and the United States. The centre is headquartered at the Italian base Poggio Renatico.

The first paragraph of NATO’s personnel recovery (PR) policy emphasises the importance of these specialised operations: “The capture of NATO personnel and the exploitation by a hostile actor during operations could have a significant negative impact on operational security, morale of assigned forces and public support. (…) The Alliance therefore requires a system to recover military and civilian personnel that have become isolated.” Personnel recovery is described as “The sum of military, diplomatic and civil efforts to effect the recovery and reintegration of isolated personnel.”

The primary objectives of APROC are to educate and train aircrews with little or no experience to plan and conduct complex missions – in this case: multi-national, multiship and with dissimilar types of aircraft – based on a personnel recovery scenario; to enable experienced pilots to become rescue mission commander (RMC) through learning to lead the planning and execution of complex missions and brief and debrief the mission to the task force and higher commander; and to learn extraction forces leadership to fully participate in the planning of complex missions based on a personnel recovery scenario.

Dutch Lieutenant Colonel Bart Holewijn, a former Bo105 pilot within the KLu and the current EPRC training manager, said: “If you want to do this kind of mission with helicopters and other air assets, [here in Europe] we need to do it in a multi-national fashion. It is like a jigsaw puzzle: all nations have a number of pieces, but nobody has the complete puzzle. It would simply be too expensive for each nation to have all the necessary assets in its inventory – together, we can do it a lot more efficient and effective. That is why we focus on the multi-national aspects and the task forces are completely mixed with people from multiple nations.” 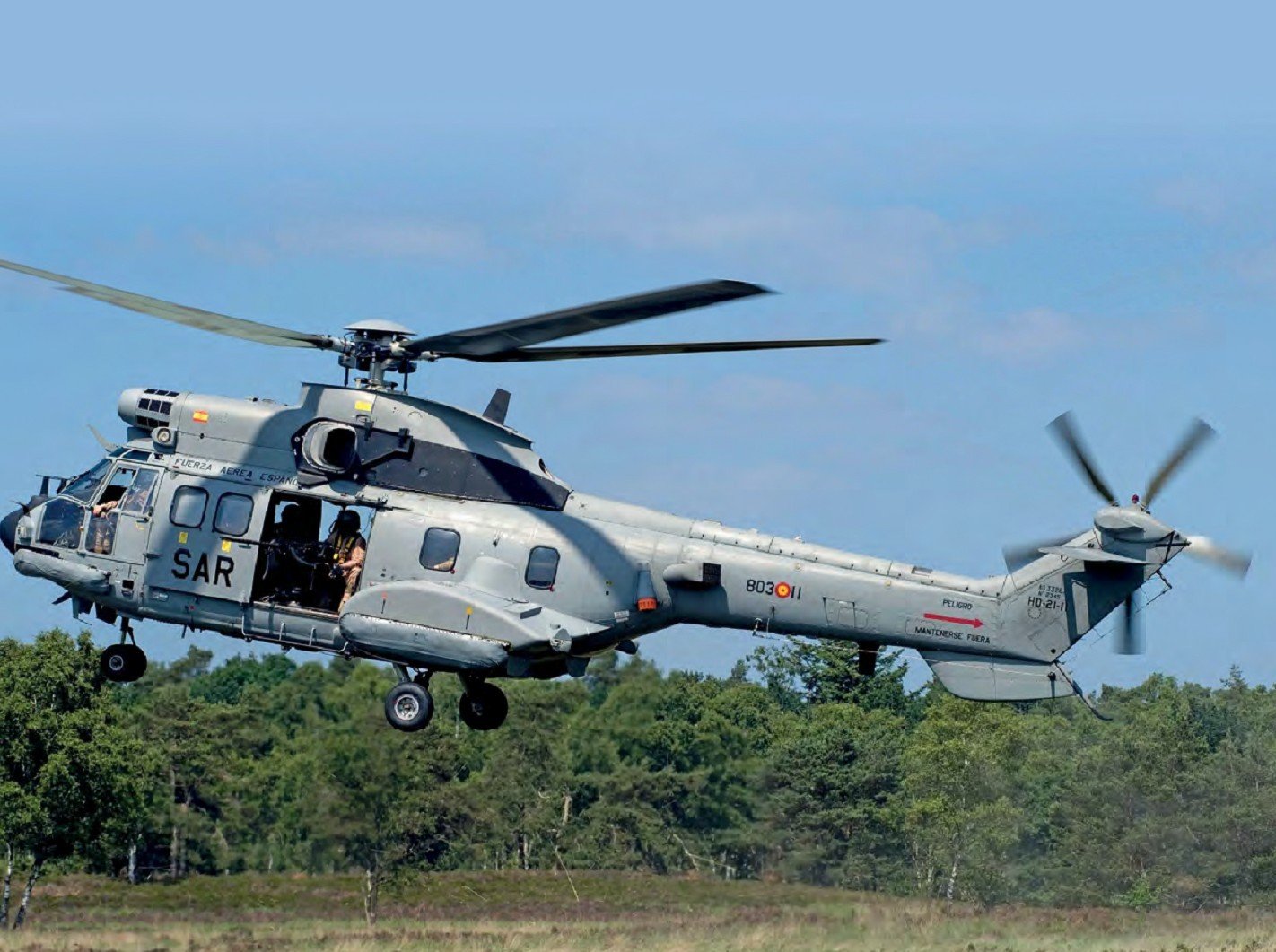 The training manager added: “We focus on the process, particularly the planning. The execution is also monitored and lessons learned are incorporated in the next day’s mission, so that participants improve their skills during the course. We make the missions more complex and challenging as the course progresses, without increasing the available planning time. We can do this because the participants get more efficient every day.” 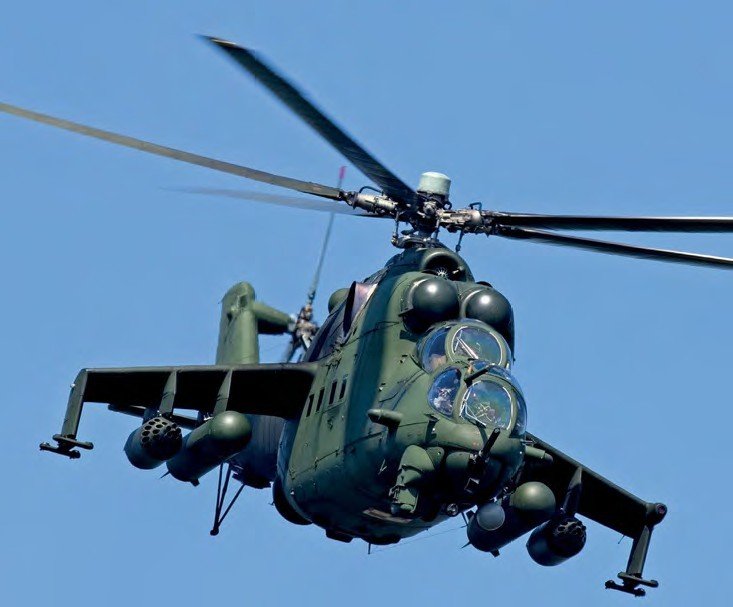 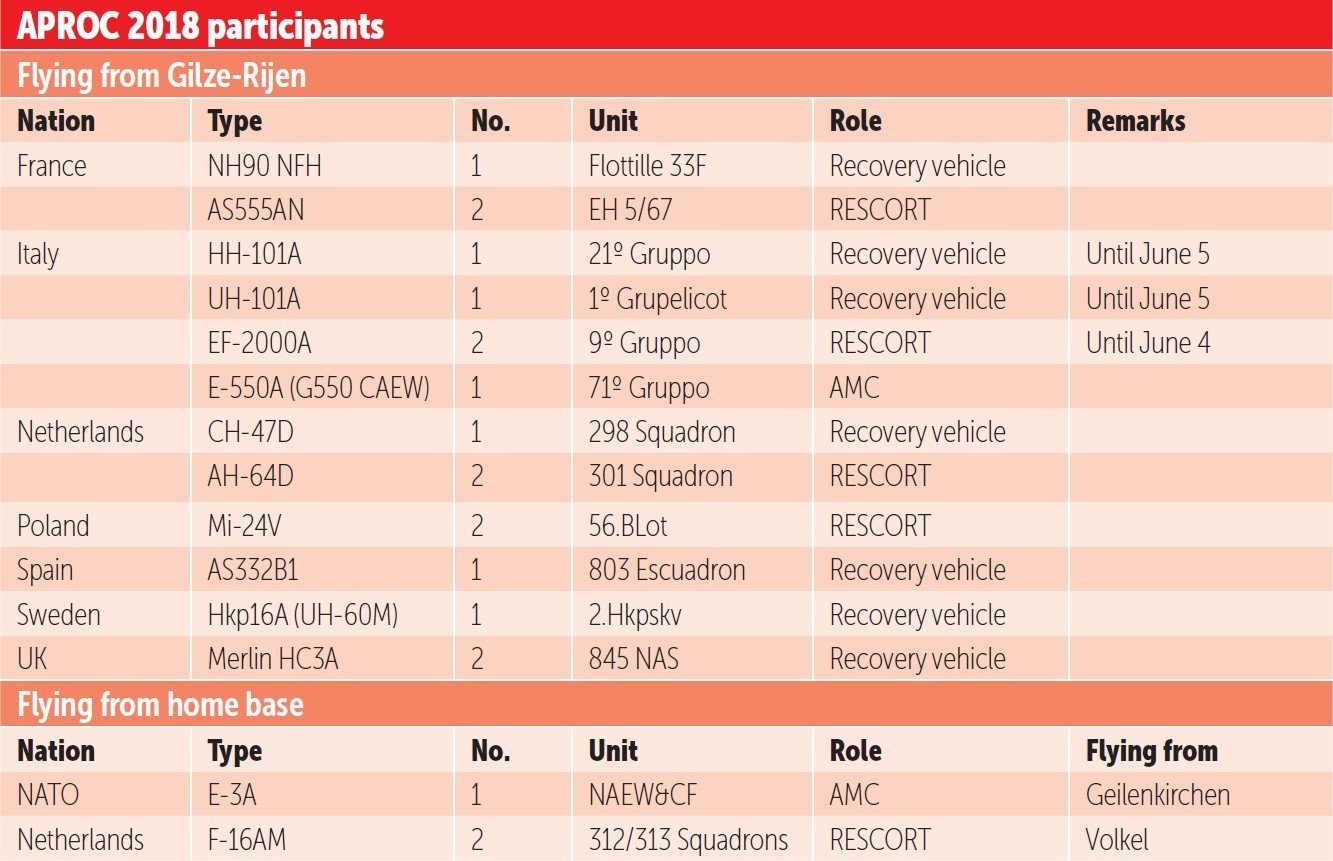 APROC 2018 was held from May 23 to June 6 and involved 547 people take part, among them 186 as a training audience. Seven nations – including both member and partner nations – brought their aircraft to this year’s course (see table for details on participating aircraft and their roles). Countries sending extraction forces included France, Italy, Spain, Sweden and the UK. Personnel from five more nations – Belgium, Canada, Denmark, Germany and the United States – supported this training course in some way, for instance as training staff or by giving lectures.

Most participating personnel and their aircraft arrived at Gilze-Rijen on May 22. The next two days were reserved for academic courses, while May 25 saw the participants take to the skies for the first APROC missions, albeit for familiarisation purposes. Operational missions commenced on May 28. During eight days, three multi-national task forces were each tasked to fly a mission in another exercise area. Although the weather in the Netherlands was hot and rather unstable during the largest part of APROC 2018, with almost daily thunderstorms, only the missions planned for June 1 had to be cancelled for that reason.

Lt Col Holewijn said: “During this course, we only fly during the day. Some people argue that personnel recovery can best be done at night. Of course the dark can be convenient for operations like these, but the problem with night flying is that it is subject to a lot more protocols. For instance some national regulations prevent training in multinational formations at night. And although the circumstances differ at day or night, the process itself is the same.”

Each task force consisted of an extraction force, two or three transport helicopters acting as recovery vehicles and two armed helicopters in the RESCORT role, securing the landing zone and protecting the transport helicopters. Flying above the helicopters, a pair of fighter aircraft also assisted the task force in the RESCORT and OSC roles. Meanwhile one or sometimes two AEW aircraft supported all three task forces as command and control assets, orbiting at high level over the exercise areas. Whereas the Italian Gulfstream G550 CAEW flew daily APROC missions, a NATO E-3A Sentry could be called upon twice only. The planned participation of a French E-3F on two other days was cancelled last-minute. 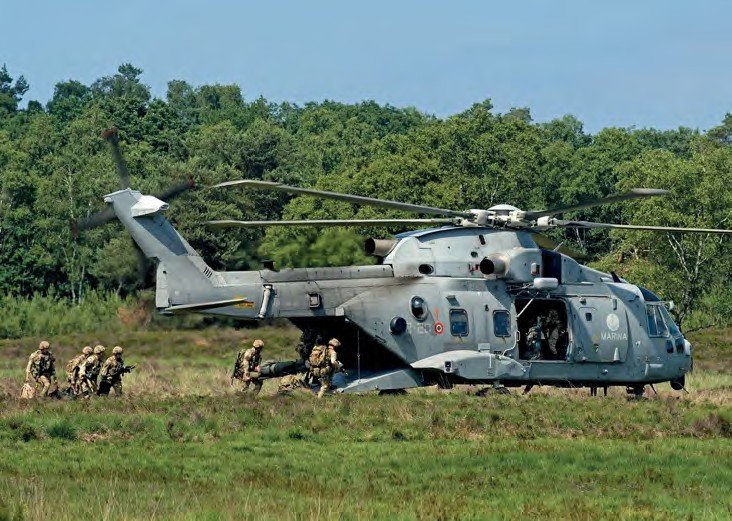 This Marina Militare UH-101A from Luni-La Speziabased 1º Grupelicot is seen in the field as it picks up extraction forces with an injured aircrew.

Lt Col Holewijn said: “With three task forces flying simultaneously, we do not want them to get in each other’s way. That is why we send them in three different directions. The fourth direction, to the northwest, is not an option since the sky over there is filled with civil air traffic to and from Amsterdam- Schiphol Airport.” This allowed no more than three task forces flying their missions from Gilze-Rijen, thus limiting the number of participating helicopters. “We would have liked to see more units joining in, but to accommodate them we would have needed to organise a second course this year. We simply do not have the means to do that. With enough assets to equip three task forces, we asked the HH-149A squadron to skip their planned participation this year, also because we already had a large Italian contingent in this course”, according to the EPRC training manager. 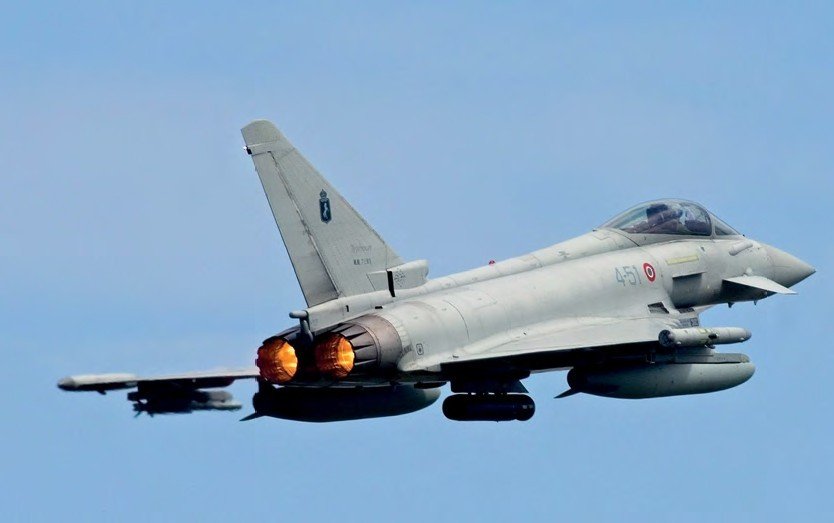 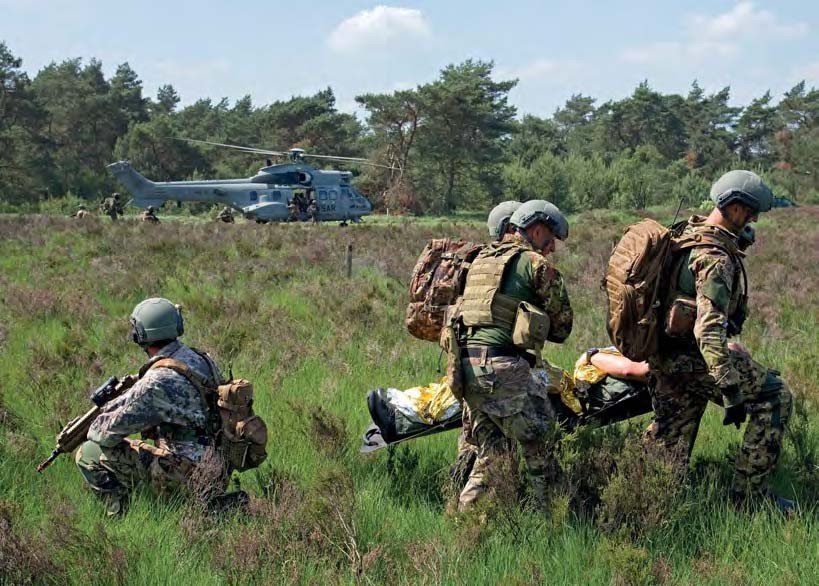 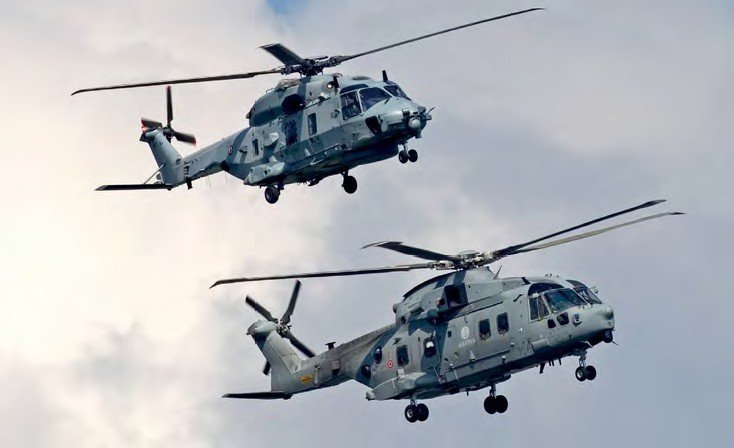 One of the objectives of APROC is for aircrew to operate in multi-national formations of different types of helicopters. Seen together during one of the three daily missions are the Aéronautique Navale NH90 NFH and the Marina Militare UH-101A. 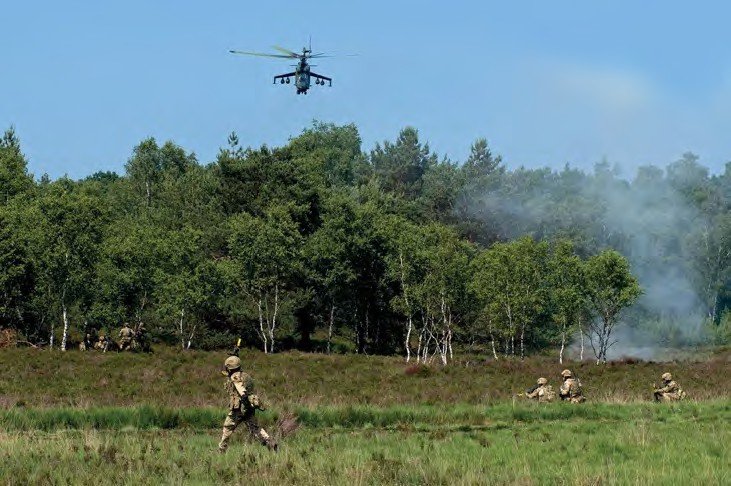 The task forces were not only a multinational mix of units, but their composition also varied from day to day to maximise interoperability. For the same reason, extraction force personnel would not fly in helicopters of their own nationality.

Lt Col Holewijn emphasised the importance of extraction force leaders being fully involved in the planning phase of the missions: “They play a key role in the task forces. This may lead to a situation that among higher-ranked flying officers, a senior NCO leading the extraction force decides what is going to happen in the pick-up zone. Because after all, if the extraction force fails, the whole mission fails.”

APROC used nine different exercise areas, including Leusderheide, Stroesezand and Ederheide to the northeast of Gilze-Rijen; Crayel, Weerterheide and Kruispeel to the southeast; and the Belgian airfields Ursel, Zoersel and Leopoldburg in the south. Each training area was used for two or three days only, allowing the participants to conduct their missions at as many different locations as possible.

The missions, which usually lasted over two hours, included the possibility to hot refuel at one of the three forward arming and refuelling points (FARPs) established for the occasion at Woensdrecht Air Base (west of Gilze-Rijen), Volkel Air Base (east) and military landing ground Deelen (northeast).

To minimise the impact of the course on daily flight operations of the three Gilze- Rijen-based squadrons of the Dutch Defence Helicopter Command (DHC) – 298 Squadron with its Chinooks, 300 Squadron with Cougars and 301 Squadron with Apaches – the air base’s secondary runway acted as flightline for being towed back to a disused shelter area in the early evening for overnight parking. Since there was no suitable hangar available for the Gulfstream at Gilze-Rijen, the aircraft relocated to nearby Eindhoven Air Base during the weekends.

In the APROC schedule, the mornings were used for mission planning and preparation. The actual missions were carried out daily between 1400 and 1630hrs. The three task forces took off from Gilze-Rijen within about 20 minutes, each flying in different direction. It would take up to 45 minutes for the helicopter formations to reach their dedicated exercise areas. Especially in the beginning, some pilots had to get used to formation take-offs and flying, according to Lt Col Holewijn: “They may for instance discover that some helicopters fly at different speeds than theirs, which may affect their own performance.”

Once approaching the exercise area, the armed helicopters first secured the landing zone, covered by the jets. The transport helicopters then landed to drop off the the visiting helicopters and G550 CAEW, while the Typhoons operated from shelters. Once the helicopters started recovering to Gilze- Rijen after each APROC mission, they first taxied to the north platforms to be refuelled, and then relocated to the southern part of the secondary runway, for servicing before extraction force, departing as quickly as they arrived. At some point, the extraction force faced opposing forces, which they had to neutralise – if required with the assistance of the RESCORTs. After finding and interrogating the isolated personnel – mostly aircrew, some of them with fake injuries – the transport helicopters returned to pick up the extraction forces and the personnel being rescued. The action at the exercise area usually lasted 30-45 minutes. Next was a visit to the FARP, before returning to Gilze-Rijen.

The training value of APROC to extraction force personnel and the helicopter crews – including the twelve experienced pilots trained as rescue mission commander in this year’s course – goes without saying. But participating in APROC is also very valuable for fixed-wing aircrews, as Lt Col Bart Holewijn explained: “This is one of the rare occasions where the crew of the CAEW aircraft can train in the role of airborne mission coordinator. As for the jet pilots: every one of them should have the skills to act as an on-scene commander to some level, but we need guys who are really proficient in this role. That is what we train for instance the Italian Typhoon pilots here.”

Next year’s APROC will be held at Zaragoza Air Base in Spain, which has the vast San Gregorio training centre and firing range available at short distance. 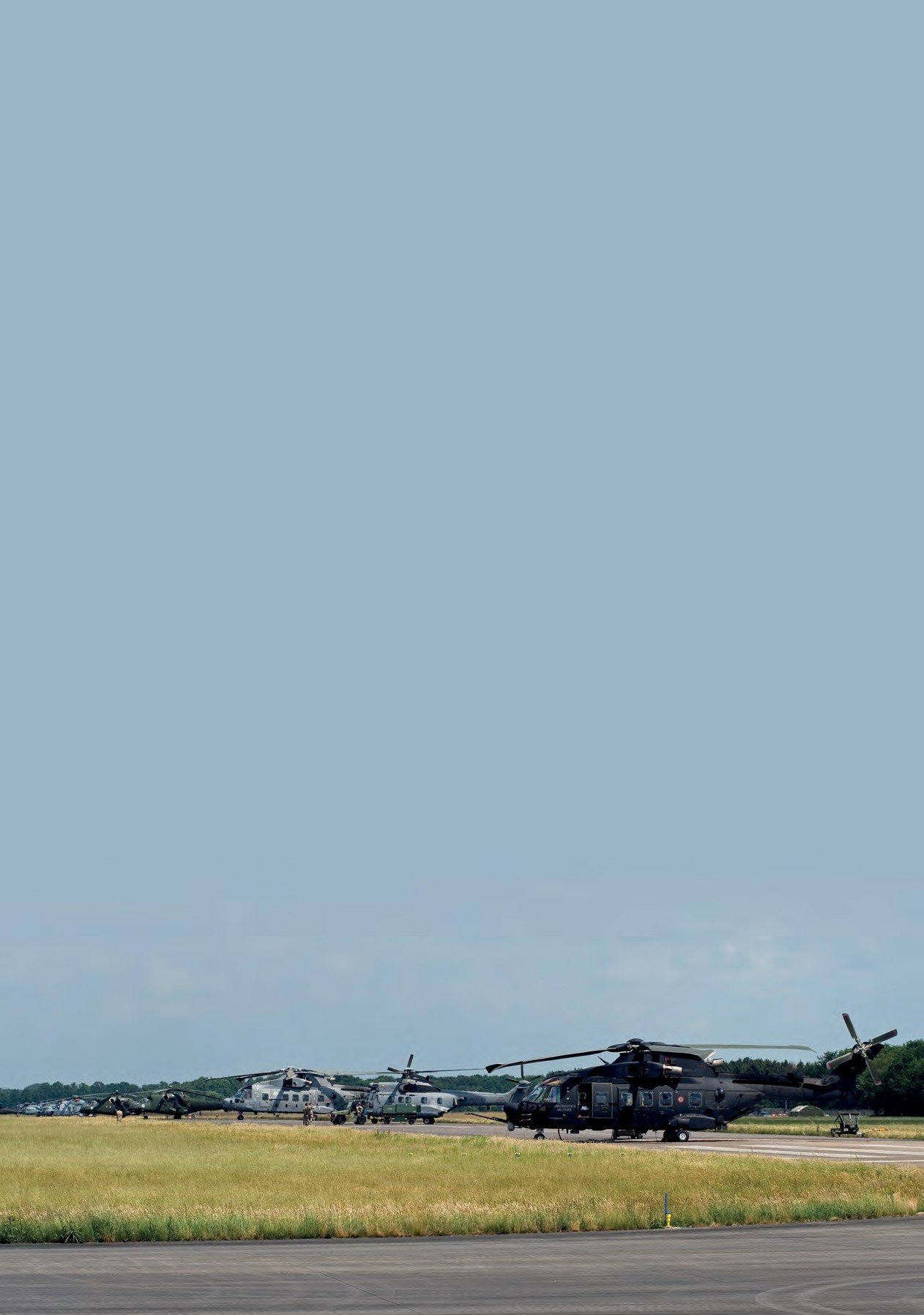