The board of directors at Dallas Fort Worth International (DFW) Airport has approved plans for the renovation and expansion of Terminal C, one of the original terminals at the facility.

The estimated $2bn spend is the latest example of ongoing investment in DFW, aimed at not only updating the nearly 50-year-old facility but also providing expanded gate capacity in both Terminal C and Terminal A.

“The goal is to transform Terminal C, which has stood in service at the airport since the early 1970s, into a modern terminal with the latest technologies and infrastructure,” said DFW Airport CEO Sean Donohue as part of the announcement.

DFW has several ongoing or recently completed infrastructure projects, among them the High C gates renovation, the Terminal D South gates expansion, the opening of a state-of-the-art Integrated Operations Center and the upgrade and renovations of runways and taxiways. These projects have supported more than 4,000 jobs over the past 18 months.

The Terminal C renovations will be carried out in phases to minimise customer disruption and inconvenience. Expected to be completed in 2026, the projects will update approximately 850,000ft 2 of terminal space. 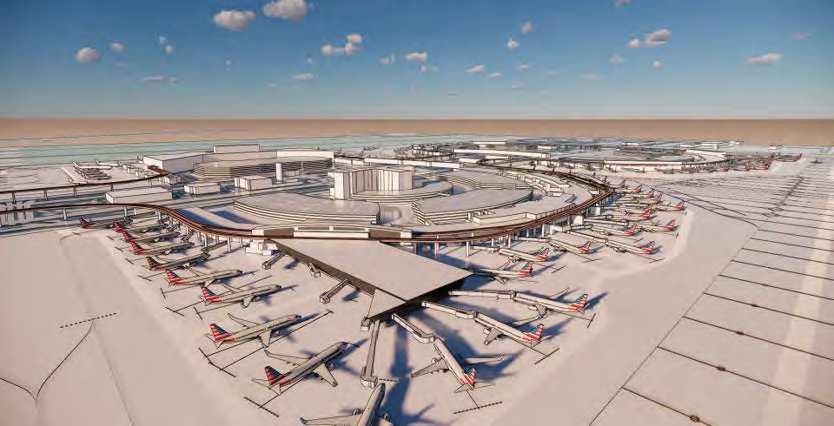