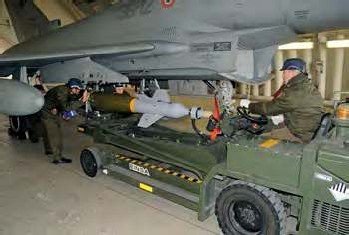 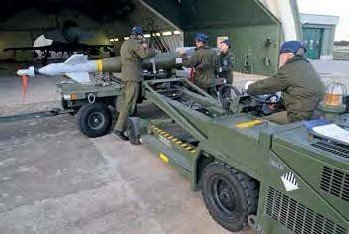 Like all Eurofighter partner nation air arms, Italy’s Aeronautica Militare (Italian Air Force) started to operate its Typhoon fleet in the air defence/ air superiority role only, declaring initial operational capability on December 16, 2005. Initially, the only weapons cleared for the Typhoon were the AIM-120B AMRAAM radar-guided and AIM-9L Sidewinder IRguided missiles, and the 27mm Mauser Bk27 cannon. The AIM-2000 IRIS-T IR-guided missile, a much more capable and advanced missile for short-range engagements, was added to the Typhoon’s arsenal, gradually replacing the Sidewinder. Later, medium to long-range interception capability was improved with the introduction of the AIM-120C-5 model of the AMRAAM missile, though the journey to enlarge and complete the aircraft’s arsenal of weapons was still years away.

Italy, as with other partner nations, is involved in all the various improvement programmes developed by the Eurofighter consortium.

In 2007, the Phase 1 Enhancement (P1E) programme started, the first of a series of capability improvements for Tranche 2 and Tranche 3A Typhoon aircraft designed to improve its combat effectiveness. Under the consortium’s share agreement for flight test activities, Italian company Alenia Aeronautica and today Leonardo Divisione Velivoli has responsibility for a major part of the test phase for weapons integration, which was thanks to the availability of the Italian MoD test range at Decimomannu, Sardinia.

The first trials campaign of the P1E programme started on October 24, 2008, using the Instrumented Production Aircraft 2 (IPA2, MMX.614) which is operated by Leonardo on behalf of the Italian MoD.

In 2013, the P1Ea (the first of two parts of the P1E programme) began its introduction on Typhoon fleets; the Aeronautica Militare commenced its training programme to attain multirole/swing-role capability.

In late 2014, a working group comprising pilots and engineers from many Aeronautica Militare units was established at Grosseto Air Base to set up procedures and training for the air-to-ground role.

The mix of pilots included experienced F-2000 officers, those from AMX-equipped fighter-bomber units, and those who had completed an exchange tour with air-toground units flying the Mirage 2000D, F-16C and AV-8B Plus in France, the United States and Italy.

In early 2015, the group started flight operations and the first Aeronautica Militare swing-role course soon evolved. In March, the group deployed to Decimomannu Air Base for one week with five aircraft supplied by the three Typhoon wings to undertake a weapons trial and evaluation campaign. Each aircraft was configured with a Litening III laser designator pod on the centreline station, and 1,000lb GBU-16 laser-guided bombs on the inner wing pylons. The trial involved dry bombing runs, releasing inert bombs and strafing with the Bk27 cannon. Group activities were completed in June 2015; the work undertaken defined the syllabus for swing-role qualification. Two annual courses were held at Grosseto, but from this year managing and instructing the course has been delegated to the various wings, since a sufficient number of qualified instructor pilots are available. The course syllabus is divided into three main phases: (1) air interdiction is focused on learning bomb release techniques, (2) precision targeting is devoted to use of the targeting pod in autonomous self-lasing mode, and (3) intelligence surveillance and reconnaissance is dedicated to operating the RecceLite pod.

Each course varies in length depending on the pilot’s experience, availability of aircraft in air-to-ground configuration and the wing’s commitments. It generally lasts about three months, but not in a continuous period of time.

The Aeronautica Militare’s F-2000 fleet was declared with swing-role initial operational capability on January 1, 2017, while full operational capability will be achieved once a specific number of pilots and targeting pods are permanently available to each of the three Typhoon wings. Currently, the Aeronautica Militare has not purchased any Litening III pods specifically for the Typhoon fleet; the F-2000 wings borrow Litening III pods from the AMX and Tornado wings at Istrana and Ghedi, which will probably be permanently assigned when the AMX, and later the Tornado fleets, are retired.

Leonardo’s ongoing test work is currently focused on the Phase 2 Enhancement (P2E) programme, which will integrate and qualify the MBDA Meteor air-to-air medium/ long-range missile, and the Storm Shadow conventionally armed stand-off missile on Typhoon. Trials for both missile types using aircraft IPA 2 started years ago, Meteor as early as 2007 and Storm Shadow on November 29, 2013, both at Decimomannu Air Base.

The first launch of a live, but inert Storm Shadow missile took place using IPA 2 at the Aberporth range in the UK in November 2015; the aircraft operated from Warton airfield, Lancashire home station of BAE Systems. Aircraft IPA 2 was upgraded to Tranche 2 standard during the intervening period 2013–2015.

Meteor trials continue with Leonardo, BAE Systems and Airbus Defence, and its service introduction with the Aeronautica Militare is expected in 2019, while the Storm Shadow (which is already in service with the Tornado) will be fully qualified at a later date.

Today, the Aeronautica Militare operates a fleet of about 90 Typhoons, shared between 4°, 36° and 37° Stormo (wing), in five squadrons. In November 2018 the Aeronautica Militare is expected to activate a sixth Typhoon squadron within 51° Stormo at Istrana Air Base. The squadron number plate is expected to be 22° Gruppo, previously an air defence squadron that operated the F-104S.ASA until it was disbanded in 1999.

All Aeronautica Militare Tranche 2 and Tranche 3A Typhoons are currently upgraded to P1Eb configuration, while a follow-on standard dubbed P1Eb Further Work is being introduced. The most recent Typhoon delivered to the Aeronautica Militare by Leonardo was IS077, which was accepted in May 2018. Delivery of the 21st and final Tranche 3A aircraft is expected to be complete by 2019.

It is noteworthy that Italian Tranche 1 aircraft have been also upgraded for multi-role operation in various stages, currently to ITA Mod 4 configuration, which enables use of the RecceLite pod for two roles, reconnaissance and swing-role missions, the latter in buddy lasing mode only. A follow-on ITA Mod 5 configuration will be close to the standard of a Tranche 2 aircraft configured to P1Eb standard.

Leonardo’s Typhoon assembly line at its at Turin Caselle airport facility will switch to producing Typhoons for the Kuwait Air Force once the Italian contract is complete. Delivery of the first Kuwaiti aircraft is expected in the second half of 2020. 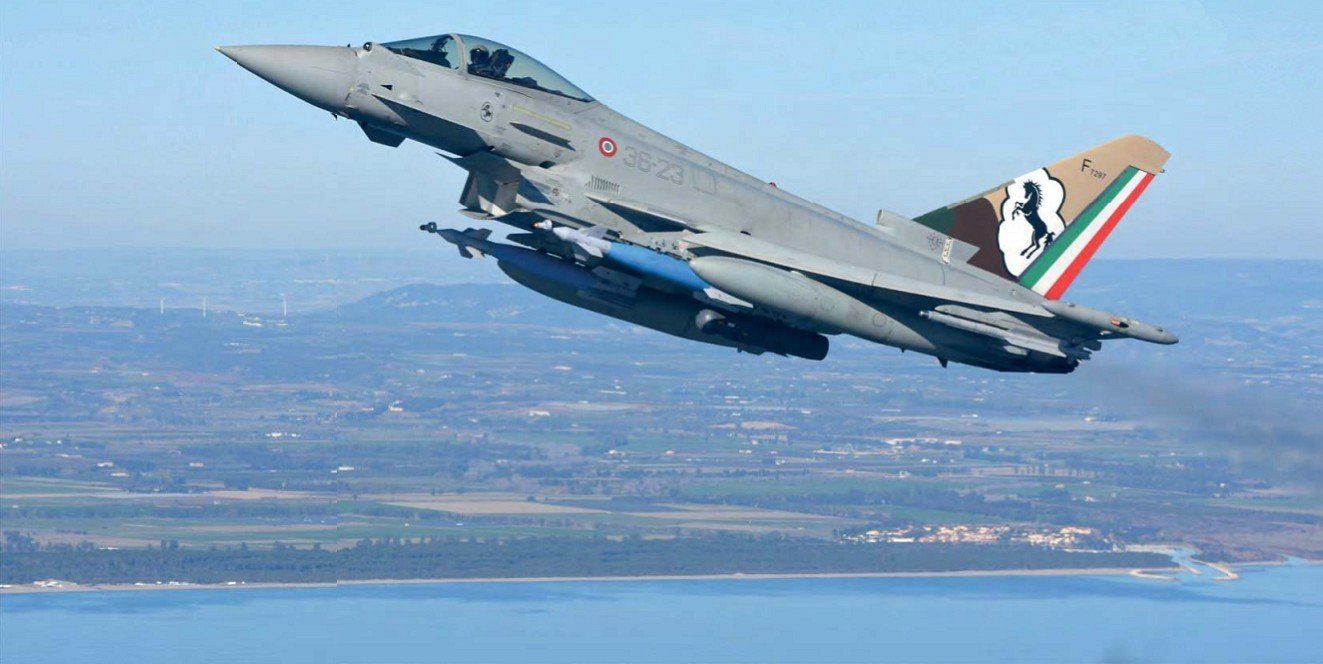