We speak to Liam McKay, their director of corporate affairs, about the challenges facing the airport this summer – and what can be done to help the aviation sector.

London City Airport expects to be operating at 32% of its 2019 performance levels by September. That was one of the messages when we spoke to Liam McKay, the airport’s director of corporate affairs, about the current state of play for London City and the aviation industry as a whole.

With current routes from London City including Edinburgh, Belfast, Amsterdam and Frankfurt, and May seeing the restart of routes such as Glasgow on May 17, Faro on May 21, and Ibiza, Malaga, Palma and Mykonos on May 28, the airport is well prepared for any potential surge in passenger numbers.

“We’ve been able to use this time to make sure all of our staff our trained and up to date with all the procedures,” explains McKay. “They’ve basically had a year to familiarise themselves with the processes that we’ve had to put in place, from PPE to temperature checking. And, most crucially, to attune with the greater level of hesitancy among passengers as they travel.”

One of the most impressive additions the airport has made is their testing centre, a project in partnership with Collinson that has built within the terminal. “It’s very adaptable, as it can provide tests for every international market and all the UK ones too,” says McKay. “What we’ll be doing is growing that testing centre so that we have some space adjacent to the terminal, allowing us to facilitate more tests, particularly for amber countries initially. We would expect more countries being added to the green list as we go into the summer. It’s a service that’s worked well so far, albeit with limited flight numbers, but we’re confident that it will be a great offer for passengers as they return in greater numbers in the summer.” 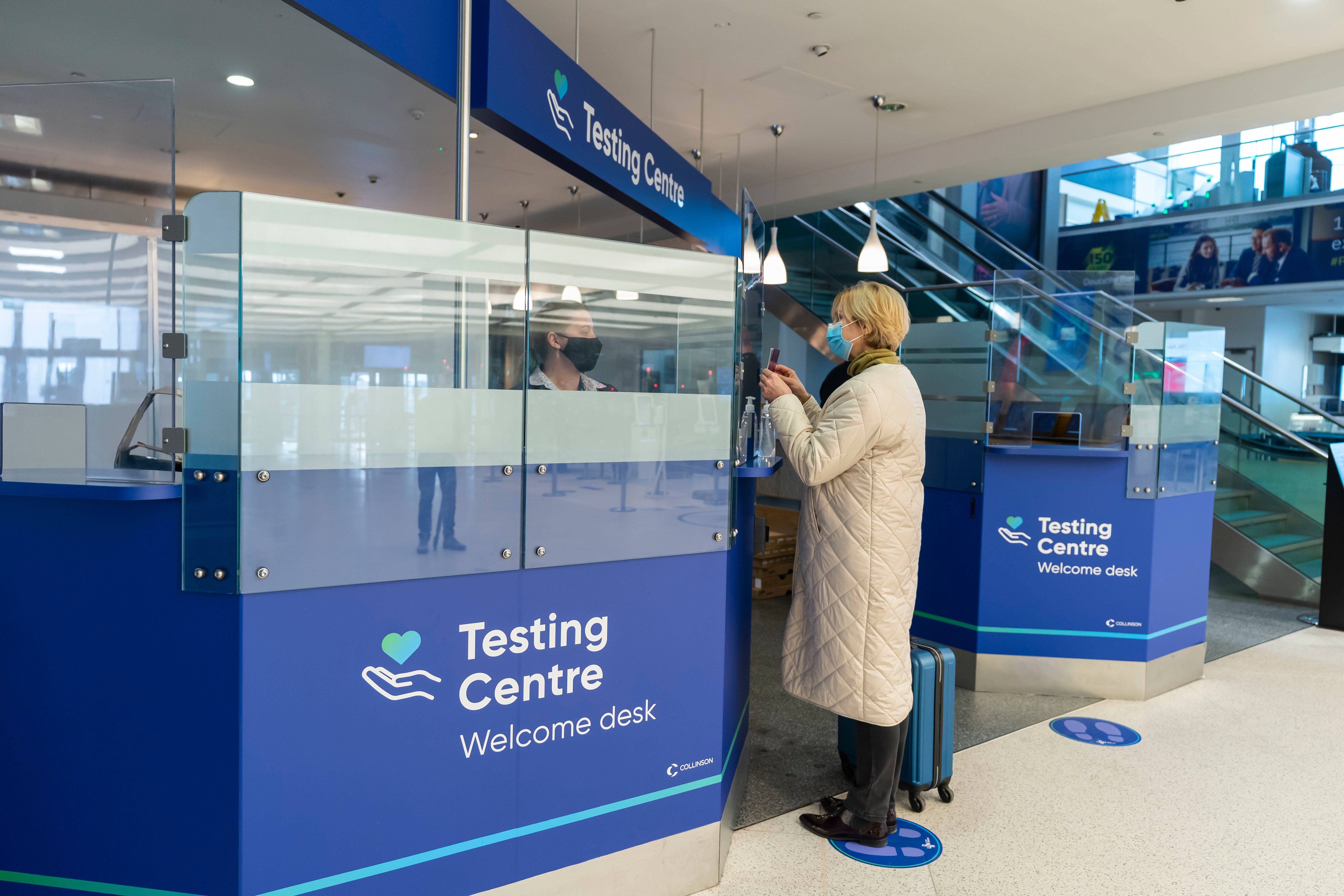 With a whole list of routes also restarting from London City in June and July – and June 28 being the first review date of country classification by the Global Travel Taskforce – they are not the only airport feeling confident about a rise in passenger numbers. But what about the confidence of passengers within the terminal? Does London City expect there to be a certain level of apprehension among the public on their return to air travel and the whole airport experience?

“I think it’s only natural to expect it,” he says. “When we’ve done surveys, we’ve found that frequent flyers are keen to return, but it’s incumbent on airlines and airports to do as much as they can to hold the hand of the passenger, especially in these early stages as they familiarise themselves with air travel again.

“One of the things that we’ve incorporated at London City is a Travel Hub (https://travel.londoncityairport.com/). If you go onto our site we have a portal, which basically takes you around the route network, and lets you know what is expected at your chosen destination. It’s about providing the latest information so that people can make informed decisions. It’s been really positively received – not just by passengers, but by the industry too. Effectively we’ve been constricted to our neighbourhoods for a year, so it’s not unexpected that people might have some reservations to begin with. But Britain is a country that loves to travel, and our full expectation is that as the summer goes on and the vaccine programme picks up even more speed, we will start to see more and more people travelling.”

With a testing centre in the terminal and a helpful customer travel portal among the changes that passengers will notice on their return to London City, there is a strong argument that the airport experience will be smoother and, ultimately, better for the passenger post-Covid. However, the issue of health certificates remains.

“One of the things we’re conscious of at the moment is around health certification through travel, as we’ve almost gone back to the future in a way,” argues McKay. “The other day, with the government announcement, there was talk of getting a piece of paper – in terms of a certificate – to enable travel. The idea of carrying more bits of paper was not where we were back in 2019. We were all about digitisation and making things seamless. Once we get over this pandemic, how do we get back as quickly as possible to that agenda of digitisation?

“The aspiration for London City is that you basically have the airport experience through your phone. Why can’t we get to a place where your biometrics, your health certificates, even your passport are inside your phone? It needs to be harmonious and based on global recognition. One of the issues we’re battling with in the industry at the moment is different criteria being set in different countries, and it’s really important that with the G7 event coming up in June that governments get to grips with that and find ways of getting back to making things as simple as possible. There are solutions out there that will make travel more seamless over the coming years.”

The government’s support for the aviation industry throughout the pandemic has, of course, been a thorny issue. “First things first, they’ve had an incredibly difficult job in terms of looking after not just aviation, but every single sector in the economy, and the health of the country has to come first,” says McKay. “I think where we’ve had challenges is with the stop/start nature of foreign travel. So far in 2021 it’s been effectively banned altogether, and that’s been a difficult pill to swallow – albeit, with the benefit of hindsight, we can understand it.

“Where we want to get to, at this particular point, is understanding that road map. We made half a step forward last Friday with the traffic light system but it’s still reasonably uncertain about where we’re going to get to in the summer. We don’t really have sight of which countries have the potential of becoming green-list countries. It would be a great thing for both the industry and consumers to understand how those decisions are made.

“In the Global Travel Taskforce report they talked about having a green watch list – basically countries that might move from green to amber. One of the things that would make a real difference is having sight of amber countries that have the potential to become green. That would be a great thing for people to see, because then they would be able to book with more confidence. I don’t think anyone expects absolutes at the moment, but more help with making informed decisions would be great to grow confidence in the market.

“A lot of our summer schedule is starting to come online, and a lot of those countries are amber. But actually, a lot of the bookings to the European holiday destinations are looking pretty strong. With an increase in working from home, people can make more flexible decisions about their working lifestyle. You can go to Ibiza and still work. You can quarantine on your return and still work. There is probably more versatility in amber than maybe people appreciate.

“In effect, after a year of not really being able to travel very much, there is a lot of that pent-up demand that we’re hearing about, but while there are issues for the industry as a whole, the premium leisure end has maybe more flexibility in terms of passengers making positive decisions to travel.”

The potential of increased queueing times at Customs is an issue that has been widely reported – a risk that is known and understood, according to McKay. “It’s a risk that every airline and airport has flagged with UK Border Force and the Home Office, and DfT officials as well. Its something that we are asking them to prioritise, be that by adding manpower as the summer progresses, or by expediting the update of eGates. It’s very important that the restart is as positive as possible.”