Low-cost airlines are doing well, but as Mark Broadbent reports, there are challenges 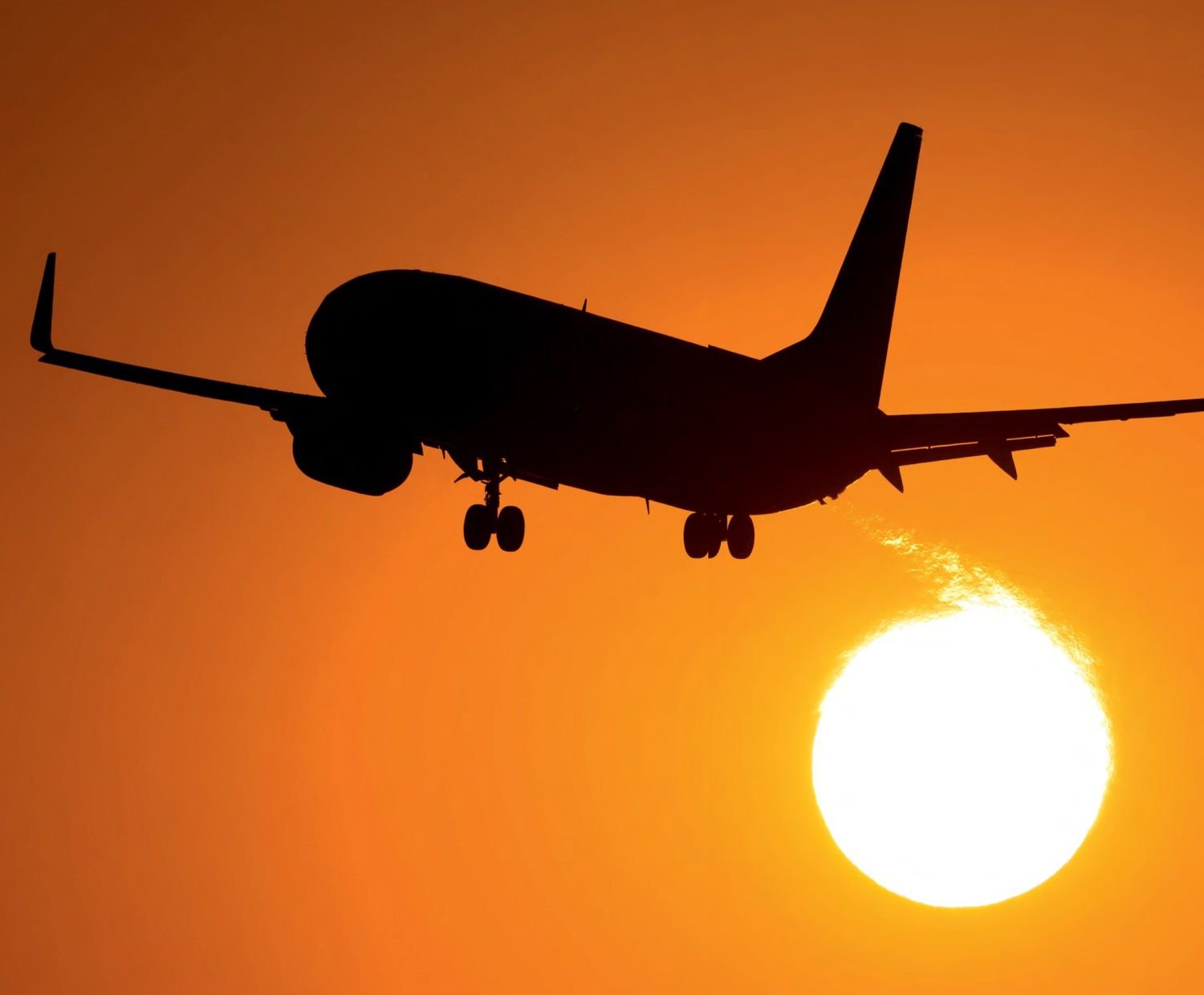 Low-cost carriers globally have posted positive results in recent months, but there are challenges on costs.
Jesus Moreno/AirTeamImages

The low-cost carrier (LCC) arena is probably the most active segment of the airline business. Developments in the last few weeks prove the point, with established carriers announcing expansion, new market entrants starting operations and other players consolidating. Industry analyst John Strickland of JLS Consulting spoke about the current state of the LCC market to AIR International. He said: “Most airlines have been reporting good financial results so far this year, so the market is proving to be quite buoyant.”

But he cautioned: “There are storm clouds. We don’t know how Brexit is going to play out. We have geopolitical worries in different places and uncertainties over economies.”

Carriers in the most mature LCC markets of Europe, North America and Asia-Pacific have reported strong results in recent months.

For the first quarter of its 2017-2018 financial year covering the three months to the end of June, Ryanair, the largest European LCC, reported a 55% year-onyear rise in profits to €397 million and a 12% growth in passenger traffic to 35 million. Passenger numbers at easyJet increased by 10.8% to 22.3 million year-on-year during the airline’s third quarter, with the airline saying there was “an improving underlying trend in the trading environment”. Norwegian flew 8.6 million passengers during the second quarter, a 12% increase year-on-year, posting revenues of NOK 861 million.

In the United States, Southwest Airlines, the world’s biggest LCC with a fleet of more than 700 Boeing 737s, reported a 5.1% rise in passenger numbers year-on-year to 33.9 million for the first half of 2017 and a 1.5% rise in yield (the average revenue airlines make per passenger per mile, and one of the key industry-standard measures of success).

Elsewhere, AirAsia, the biggest LCC in the Asia-Pacific region, reported a 6% rise in passengers carried, a 3% year-on-year increase in yield and an 8% year-on-year revenue increase to MYR 2.23 billion for the first quarter.

In the United States itself, Southwest’s available seat miles (ASM; the industrystandard measure of capacity of one seat empty or full per one mile) went up by 4.6% to 76.8 million for the first half of 2017. Spirit’s number of flights went up by 7.1% in the second quarter.

The network expansion at some airlines is accompanied by fleet growth. Earlier this year, Norwegian became the first European operator of the Boeing 737 MAX 8 (six had entered service at the time of writing); the carrier has 100 on order as well as up to 100 A320neo Family aircraft. EasyJet has also put the A320neo into service (it was operating two examples of this aircraft at the time of writing).

AirAsia is adding 29 A320s to create a total fleet of 201 aircraft by the end of this year across the group’s units around the Asia- Pacific region, the highest number of aircraft it has added in four years. The AirAsia Group has this year signed joint ventures to set up new units in Vietnam and China. Once air operator certificates are obtained, the group will have units in eight countries in the Asia- Pacific region (the others being Malaysia, India, Indonesia, Japan the Philippines and Thailand), which AirAsia’s CEO Tony Fernandes said would give it “unrivalled connectivity within the region”.

Away from the mature LCC markets, new players have recently started operations in the Middle East and Latin America – regions where budget air travel is established but is yet to grow in the way it has in other areas.

The new Middle East player is Flyadeal, which started flying in August. It is leasing six A320-200s initially and will start by operating domestically between Riyadh and Dammam before flying internationally. (Other LCCs in the Middle East include flyDubai, Flynas and Air Arabia).

A newcomer in Latin America is JetSmart, based in Santiago, Chile, which was flying three A320-200s at the time of writing. This airline obtained its Air Operator Certificate (AOC) from Chile’s Dirección General de Aeronáutica Civil in June and started operations the following month.

JetSmart, which intends to operate ten aircraft within a year, has been set up by LCC specialists Indigo Partners, which also controls Volaris, Wizz Air and Frontier. Like those carriers, JetSmart is an ultralow- cost-carrier (ULCC). The difference between an LCC and a ULCC is the latter offer minimal inclusions in the fare and a greater number of optional extras. (Ryanair is another ULCC).

Looking ahead, other new carriers are planned. In Canada, there will be two new ULCCs starting operations next year – one is called Jetlines and the other, yet to be named publicly, will be set up by established Canadian LCC WestJet.

In the Asia-Pacific region, there’s been consolidation. The SIA Group has recently completed the merger of Scoot Airways and Tigerair under the Scoot brand.

Tigerair started operations back in 2004 as Tiger Airways and Scoot was set up in 2012. The consolidation is logical for the group in providing economies of scale and a more cohesive presence in the region’s LCC market.

Scoot’s Chief Executive Officer Lee Lik Hsin told CNBC TV the merger enables the group to “scale up very dramatically”. Nearly 40 aircraft, primarily A320s, will be added over the next five years, including most of the 12 A320s coming off lease with IndiGo in India. Scoot’s first A320neo is due by early 2019. The airline has already confirmed new destinations in China and Malaysia.

Tightly controlling costs is central to running any airline and especially so for LCCs. There are numerous variables affecting costs including the impact of economic trends and seasonal travel patterns on demand, competition and fuel prices.

The lower fuel prices of recent years have greatly helped airlines manage costs. According to the International Air Transport Association’s Jet Fuel Price Monitor, fuel reached $100/barrel in 2008 and continued an upwards trajectory in subsequent years to $140/barrel in 2014 before falling markedly from mid-2014, down to below $40/barrel by early 2016.

Although fuel is still half the price seen in 2011-2014, it is nevertheless higher than it was 12 to 18 months ago. The latest data on IATA’s monitor says the global average price of fuel this year is $62.60/barrel.

The rebound in prices is starting to affect some LCCs. For instance, Spirit has reported its fuel costs rose by 25.7% year-on-year. With the price rise occurring at a time when airlines have added capacity, overall operational costs have risen – AirAsia, for example, has said its cost per ASM for the first quarter increased by 14% year-on-year.

This has pressurised the yield at some carriers. For instance, Norwegian’s yield for July 2017 was 0.49 cents, 6% down yearon- year, and easyJet has said it expects its yield to fall by 2% overall in the six months to September 2017.

The consequence is growth plans could be modified so carriers can keep costs on a tight leash. John Strickland said: “There’s a lot of capacity around and that may work ok in the summer in a buoyant market but I think we’ll see some of that [capacity] come out.”

Managing the variables of fuel prices, economic trends, seasonal travel patterns and competition is an ongoing challenge for all LCCs and indeed all airlines.

But another factor with a big influence on the airline business is geopolitics – and there’s no bigger geopolitical issue in Europe right now than Brexit. This will be a big challenge for the region’s low-cost carriers.

The EU’s Open Skies agreement between member states, which allows any EU airline to fly between any two points in the union, has in Strickland’s words, “been fundamental to the success of low-cost in Europe. Airlines like Ryanair, easyJet and Wizz have taken full advantage of that availability.”

The UK leaving the EU in March 2019 will not in itself endanger Open Skies, as low-fare airlines based in other EU countries will still be able to maintain their networks between member states after the UK leaves.

But Brexit matters because the UK is the largest air travel market among the EU’s current 28 members. According to latest available statistics from the European Commission, in 2015 five of the ten busiest intra-EU air travel markets by passenger numbers originated in the UK.

With the future of air traffic rights to and from the UK currently unclear as Brexit negotiations continue it is little surprise some LCCs are concerned.

In its first quarter 2017-2018 results Ryanair said: “We remain concerned at the uncertainty … There may not be sufficient time, or goodwill on both sides, to negotiate a timely replacement bilateral which could result in a disruption of fiights between the UK and Europe for a period of time from April 2019 onwards. We, like all airlines, seek clarity on this issue before we publish our summer 2019 schedule in the second quarter of 2018.

“If we do not have certainty about the legal basis for the operation of fiights between the UK and the EU by autumn 2018, we may be forced to cancel fiights and move some, or all, of our UK-based aircraft to continental Europe from April 2019 onwards.”

Strickland said this may not be an idle threat: “I think you’ll see Ryanair moving some capacity from the UK. They’re unique in their pan-European coverage. EasyJet has pan-European bases but Ryanair has got more diversity so they will want to protect their flexibility. If they think they can do that better by taking some fiights out of the UK market then they will do it.”

EasyJet has already acted to futureproof itself. In July a new unit, easyJet Europe, based in Vienna, received an air operators certificate and airline operating licence from Austrian authorities. The Chief Executive of Wizz Air Jozsef Varadi said in July the Budapest-headquartered LCC is looking at contingencies, including registering a UK-licensed airline, to preserve its traffic rights.

Quite apart from the sheer size of the UK air travel market, there is another issue at stake with Brexit. Probably the biggest impact of Open Skies has been its influence on the mindset of European travellers and those coming into Europe from further afield; people have become accustomed to flying around Europe cheaply and easily.

The weakening in the value of the pound since Brexit has had mixed effects on this situation. It has made it cheaper for overseas visitors to visit the UK and boosted inbound demand but as Strickland noted, “it’s become more expensive for Brits to go abroad. If that continues it will probably put more pressure on airlines if they see weaker demand”.

He said: “Average income levels are very different between London and other parts of the UK and airlines’ ability to make fiights work also differs greatly depending on which part of the UK you’re looking at. There could be some shocks if some sections of the UK regions are hit adversely [by Brexit]. The risk is certainly there.”

Carriers, he said, “may have to work harder to create demand by cutting prices”. That would clearly benefit passengers, but he thinks this would create “a massive challenge” for airlines in managing costs.

It is clear the key to a new era of air traffic rights post-Brexit will be whether a pragmatic outcome can be reached. Given the size of the UK market, it seems unlikely any EU representative would want to harm the EU’s access to it, and nor does it seem feasible a UK politician would want to disrupt inbound demand nor access to the EU for UK consumers. Ultimately, the mutual benefits are too large to lose.

Strickland said: “It would be shocking to think of going back to a more restrictive regulatory environment where airlines don’t have flexibility on services; it would lead to less choice and possibly higher prices if the choice wasn’t available.”

But he cautioned: “I don’t think there can be any complacency about going back [to pre-EU Open Skies]. I think it’s unlikely, but airlines are having to bang very hard on the door to make sure politicians understand that and traffic rights are protected.”

Europe’s low-cost carriers will hope they are heard.