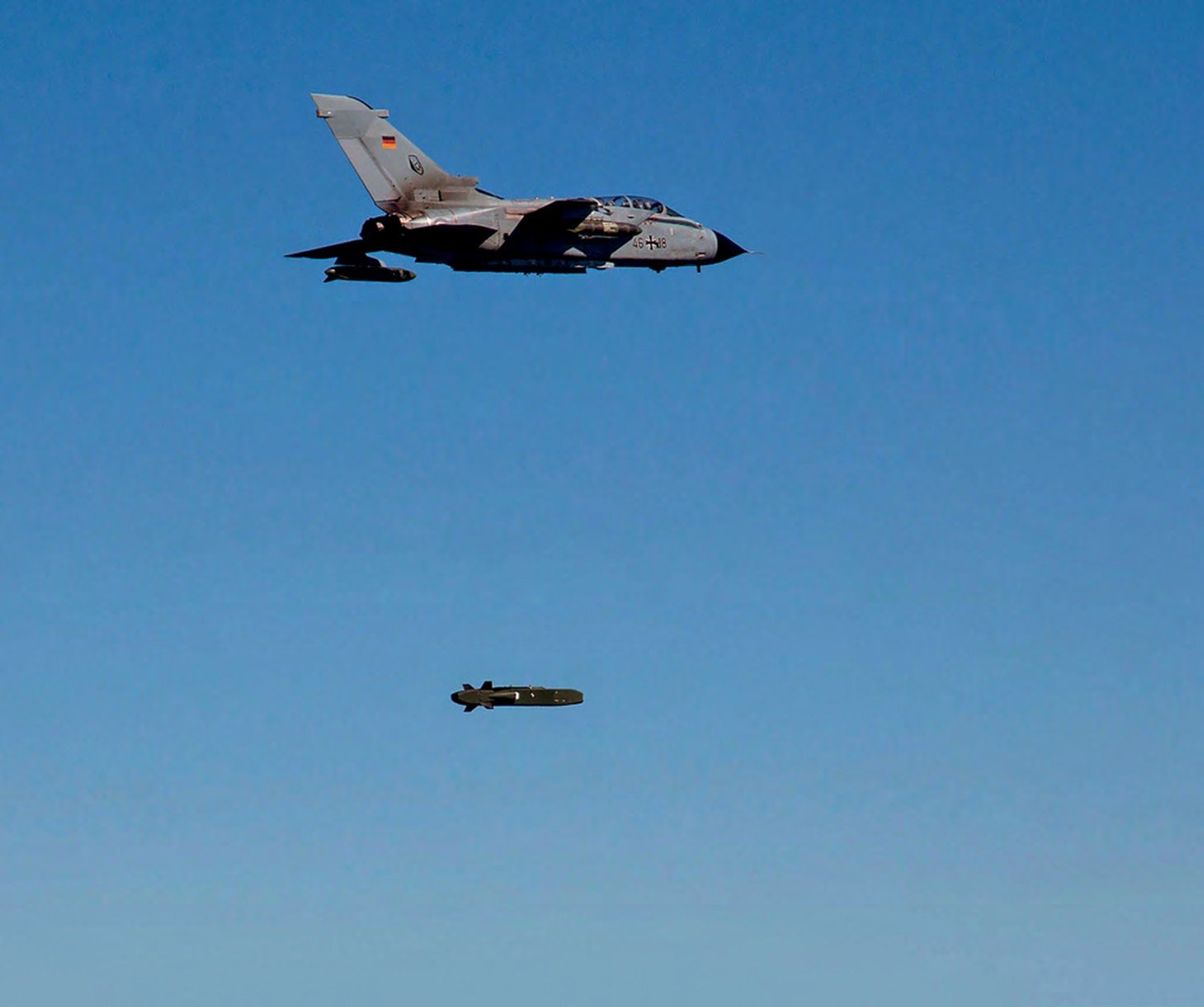 A Taurus KEPD 350 conventionally armed stand-off missile starts its flight after release from Luftwaffe Tornado 46+18 over the Overberg Test Range in South Africa. A Bienert/Luftwaffe

Four Luftwaffe Tornados are currently deployed at Air Force Base Overberg in the Western Cape to test air-tosurface weapons under Exercise Two Oceans. Tornados 44+64. 45+85, 46+11 and 46+18 from Taktisches Luftwaffengeschwader 33 based at Büchel Air Base, Germany, arrived in South Africa in the second week of March. The Luftwaffe bombers were supported by a US Air Force KC-10A for the journey down as well as a Luftwaffe A310 MRTT in a transport role. The Tornados, accompanied by some 150 personnel, conducted live fire testing of Taurus conventionally armed standoff missiles, GBU-54 Laser JDAMs, and the 27mm cannon at the Denel Overberg Test Range, where the Luftwaffe has deployed every second year since 2001.