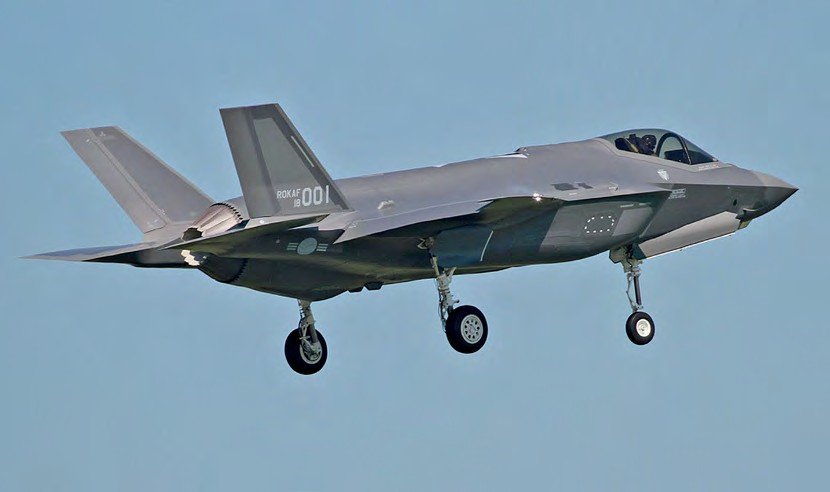 The first F-35A Lightning II for the Han Guk Gong Gun (Republic of Korea Air Force) made its maiden flight from Lockheed Martin’s Fort Worth facility on March 19, 2018. It was officially handed over to South Korea during a ceremony at Fort Worth on March 28, 2018; the ninth nation to take delivery of an F-35 jet. Serial number 18-001 (c/n AW-01) is the first of 40 F-35As for the Asian air arm. Initial deliveries are included in low-rate initial production Lot 10 and are on plan for delivery this year. Photo by Matt Ellis