Ethiopian Airlines’ fleet has reached a major milestone by expanding to over 100 aircraft. The African carrier is pushing hard to modernise its fleet, which is a key component of its Vision 2025 strategy along with route expansion; it now flies to over 110 destinations. The milestone aircraft, a Boeing 787-8, was delivered on June 6. Further aircraft are on the way, including five 787-9s and 16 Airbus A350s along with 30 737 MAX 8s, the first of which arrived on July 2 (Ethiopian already operates 15 737-800s and three 737-700s). The new arrivals help keep the carrier’s average aircraft age to under five years. To enhance growth further, the Ethiopian government is set to open the state-owned carrier to private investment, although the state will retain a majority stake. Guy Martin

Airbus says its Skywise data platform is now operational on 5,000 of its aircraft. Airbus Commercial Aircraft President Guillaume Faury disclosed in July that 20 airlines now use Skywise. Twelve of these customers are what he called “fully connected” with the full range of performance and maintenance services off ered by the platform. Faury said Skywise is also intended to be a platform on which further applications can be developed by Airbus and airlines themselves based on the data it generates. Mark Broadbent 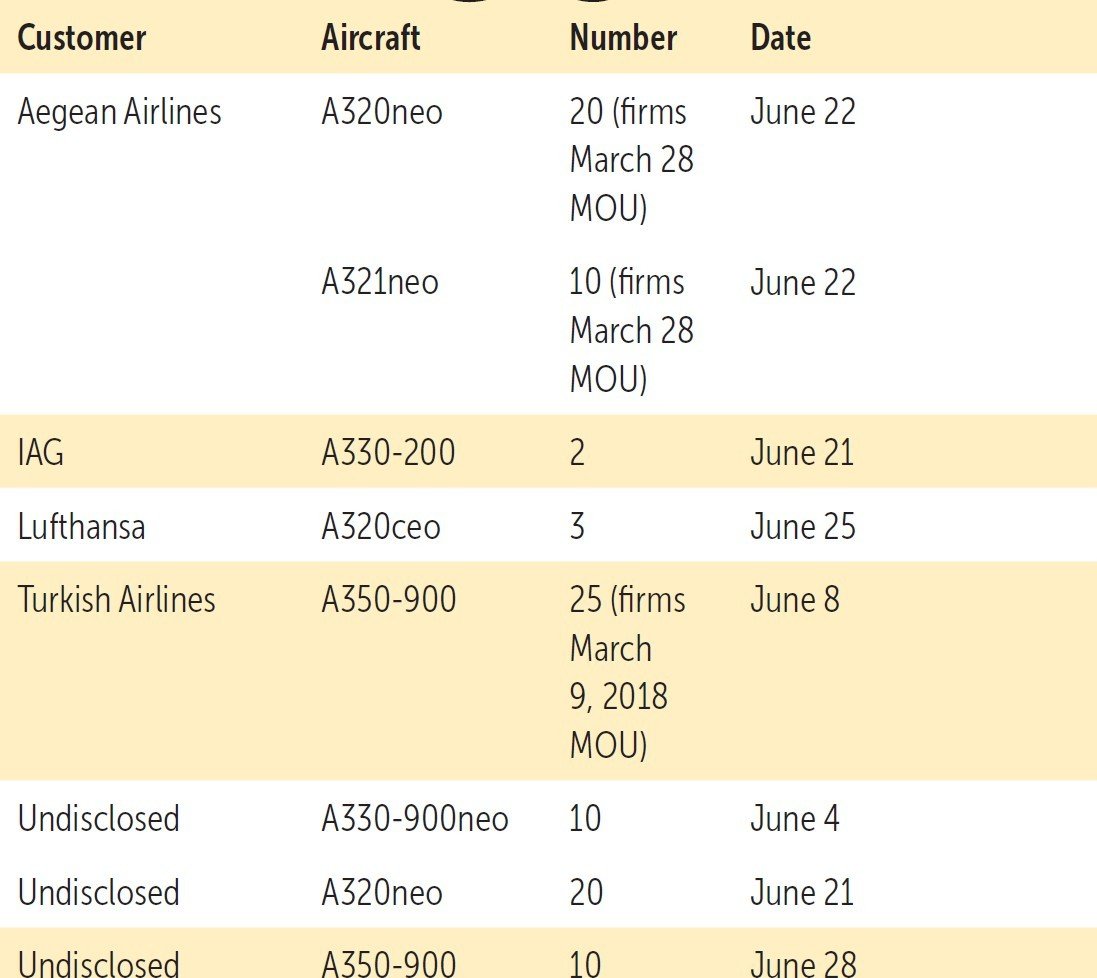 Azerbaijan’s Silk Way Airways has ordered 10 Antonov An- 178s from Ukraine for an undisclosed price, based on an initial agreement made in May 2015. The aircraft will be delivered in an initial batch of two and a follow-on batch of eight within five years, which may be assembled in Azerbaijan. The potential for joint production of the An- 178 has been discussed in a high-level meeting between Ukraine and Azerbaijan in 2016. The An-178, powered by two Ukraine-produced Motor Sich D-436FM turbofans, first flew in 2017 and is currently undergoing flight-testing, with 160 flight hours and 77 landings recorded by the end of June. The goal is to have the An-178 meet European certification standards. David C Isby

Delta Air Lines introduced an upgraded interior on its 18-strong Boeing 777-200ER fleet featuring 28 Delta One suites, 48 premium economy and 220 main cabin seats in nine-abreast compared to the more common ten-abreast, layout. Upgraded seatback entertainment and full-spectrum LED ambient lighting are other features. All 18 777-200ERs will have been upgraded by the end of 2019. Mark Broadbent

Airbus has quietly announced the addition of ten more A330-900neos to the type’s backlog. The order, placed by an undisclosed customer in June, is the first for the reengined airliner since last December and the largest single order since Iran Air signed for 28 in late 2016. Mark Broadbent