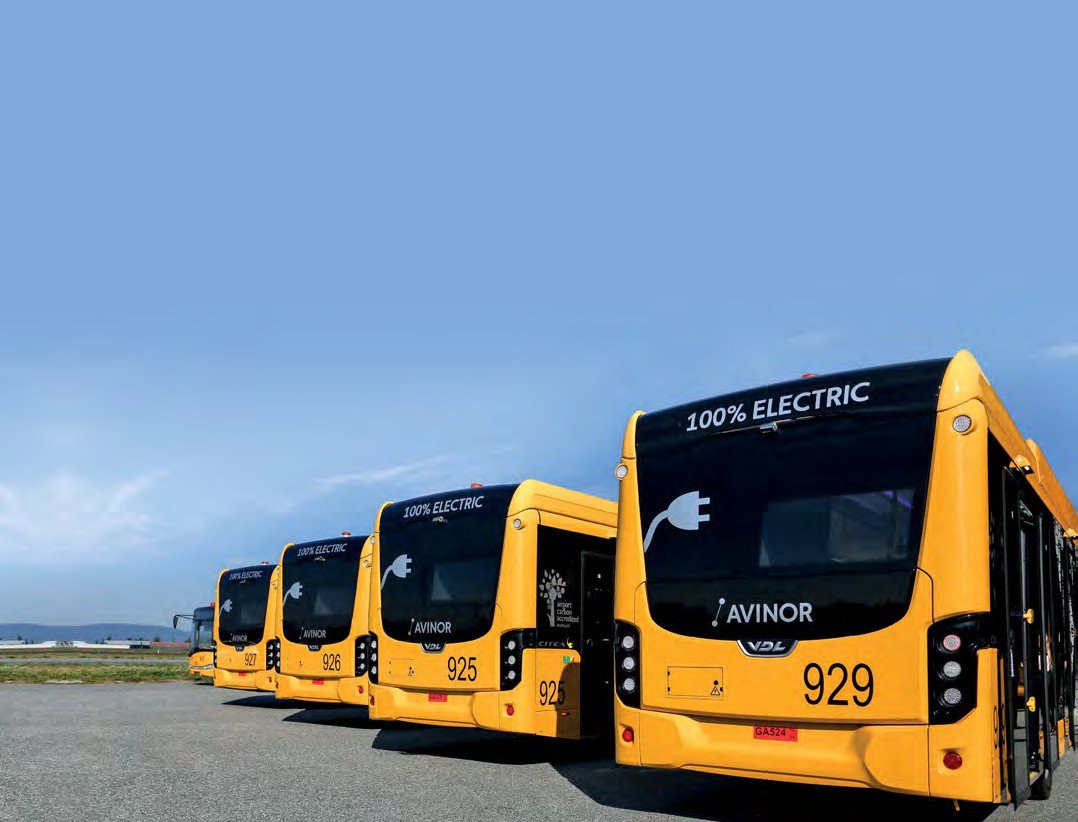 Avinor Oslo (IATA: OSL) has become the first airport in the Nordic region to use electric buses to carry passengers between gates and aircraft.

In June 2018, the airport received a grant of 16million kroner (£1.38m) from the Norwegian government to procure eight electric shuttle buses, which entered service on August 18, 2020. The airport aims to convert its entire fleet of airside passenger buses to battery-powered models by 2026. Avinor estimated that, in a normal year, 1.2 million passengers travel by bus between the gates and aircraft at OSL.

Stine Ramstad Westby, executive vice-president of operations and infrastructure, said: “It is very nice to present some positive news in these corona times. I am proud that we are the first airport in the Nordic region to have electric buses. This is a very important step to reduce the airport’s emissions of greenhouse gases and to reach our goal of becoming a fossil fuelfree airport by 2030.”

The Dutch company VDL Bus & Coach delivered the 59ft buses, while the charging infrastructure was provided by Heliox. Ms Ramstad Westby thanked both the supplier companies and the government’s environmental department for their co-operation and noted how the financial support had made it possible to introduce the environmentally friendly buses more quickly.

“Even though electric buses are more expensive than fossil fuel-driven buses, this is the right choice for the future. As more buses are put into production, we expect that it will be cheaper with an electric bus than with diesel,” she said.