An Su-35S fighter from the 22nd Guard ISAP based at Tsentralnaya Uglovaya near Vladivostok in the Eastern Military District loaded with B-13L rocket pods for firing 122mm S-13 rockets against ground targets.

THE FINAL stage of this year’s Russian Air Force aircrew gunnery and combat employment skills competition took place between May 24 and June 2, the biggest edition ever held.

All branches and commands of the Russian Air and Space Force (RuSAF) participated, plus the frontal, long-range bomber and army aviation combat training centres, in addition to frontal bombers from the Russian Northern Aviation.

Aircrews drawn from units based all over the country and the Russian Navy’s composite aviation regiment at Monchegorsk, competed headto- head in seven categories: fighter, attack, frontal bomber, long-range bomber, transport aircraft, attack helicopter and tactical transport helicopter. Participating fighters, attack aircraft, frontal bombers, attack and tactical transport helicopters operated from Ryazan- Dyagilevo, Shaikovka, hosted the long-range bombers and the transports were gathered at Ivanovo. This year’s competition began with two hotly contested preselection phases held in each unit and subsequently within each RuASF command and training centre during March and April. Best-scoring aircrews in the second pre-selection phase were nominated to participate in the national finals.

This year’s competition was limited to young crew members, mostly young captains and some first lieutenants serving at positions up to flight commander level, with an average age of 27. 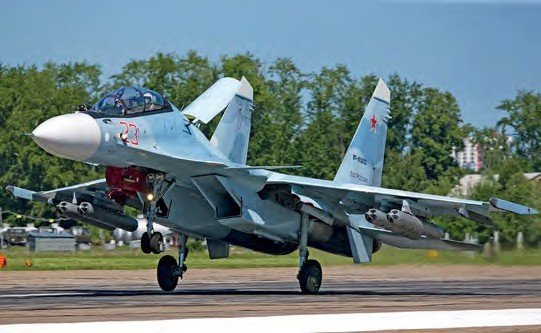 Su-30SM multi-role fighters assigned to the 30th Guards IAP based at Millerovo in the Southern Military District were involved in Aviadarts 2018. 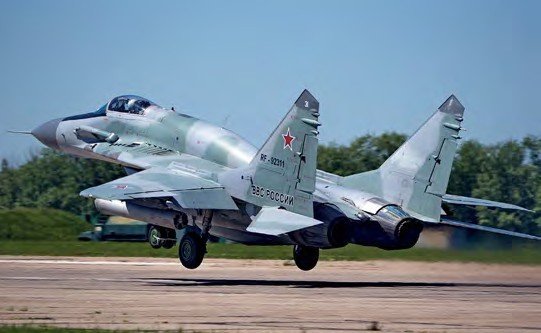 Based at Astrakhan-Privoljskiy, the MiG-29SMT-equipped 166th Combat Training Centre – Fighter Aviation participated in this year’s competition.

Participants were required to demonstrate a combination of their best ability to handle the aircraft, manage the mission and deliver weapons in various situations.

Fighter and attack aircraft, attack and tactical transport helicopters employed guns and rockets while the frontal bombers competed in precise delivery of bombs and firing of rockets against ground targets. The heavy bombers only dropped bombs and the heavy transports undertook airdrops of cargo platforms from low altitude. 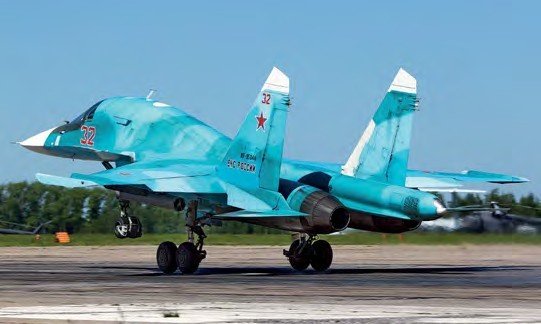 Su-34 Fullbacks from the 47th BAP based at Voronezh-Baltimor attended this year’s Aviadarts competition. 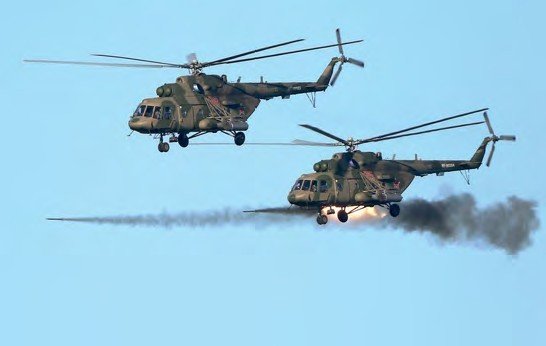 A pair of Mi-8AMTSh-V tactical transport helicopters from the 337th OVP based at Novosibirsk-Tolmachevo in the Central Military District.

A pair of Su-25s firing 122mm S-13 rockets at the Dubrovichi shooting range.

Fighter aircrew had to demonstrate their air combat skills, and undertake a timed navigation flight, and subsequently to fly at 600km/h (325kts) at 1,300 to 1,400ft altitude, tasked to detect and report the position of three different targets. The latter tasking was also a requirement for all other tactical jet aircrews.

Sixty targets of 12 types were set up at Dubrovichi, the bestequipped gunnery and bombing range in Russia today with a mock-up airfield, surface-toair missile launchers, retired MiG-29 and L-39 airframes used for gunnery and bombing practice, various buildings, a column of tanks, an infantry company defensive position and a command post.

Gun, rocket and bomb drop accuracy was assessed using ground-based cameras and UAVs circling overhead. According to the event organisers, all participating aircrews scored hits within the required 30m (98ft) diameter of the target; 40% of aircrews achieved direct hits.

Weapons employment sorties flown on May 31 by the fighter jets included evasion manoeuvring when pitted against a ground-based air defence system stationed in the vicinity of Dubrovichi range, followed by two aerial engagements against pairs of fighters from competing teams. Other point-scoring elements of the missions flown by fighters, attack aircraft and bombers were an accurate arrival time at the range as per the assigned aircrew/ pair time slot, performing a direct attack on an assigned target upon arrival and then a repeated attack from a low-level circuit.