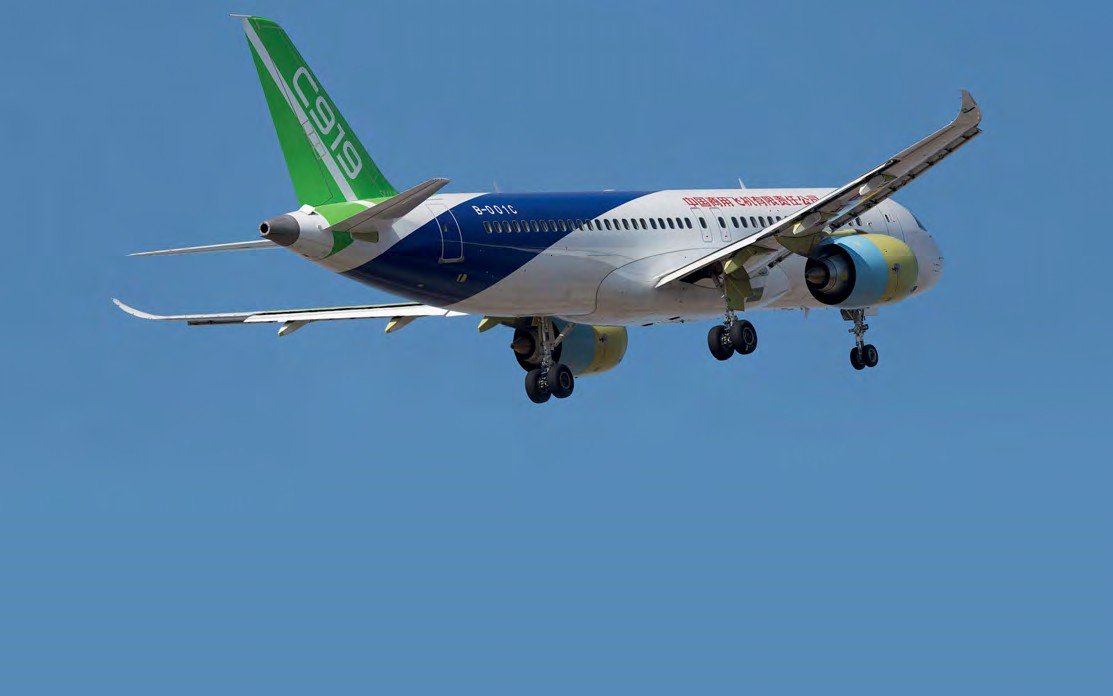 The second COMAC C919 during its maiden flight; a further four aircraft will be used for flight-testing and another two for ground testing activities.
Chinese internet

It is unknown why the first prototype, B-001A (c/n 101), had a pause in its test-flying activities between its own first flight in May 2017 and its second flight, which was only logged on September 28. By the time B-001C undertook its first flight, only 16 test flights with B-001A had been performed. The first aircraft started with longerduration testing on its third flight and it was transferred from Shanghai to the China Flight Test Establishment at Xi’an-Yanliang on November 10 to continue its test campaign.

COMAC plans to build a total of six prototypes for flight-testing and two more for ground tests.

Besides Xi’an-Yanliang, Dongying Shengli Airport will serve as the second main test base in the future. The C919’s service entry with launch operator China Eastern Airlines is scheduled for 2020. The type has secured 169 firm orders. Andreas Rupprecht