The first of its two SensorApps, PeopleCounter, is based on a machine learning algorithm running on the manufacturer’s MRS1000 3D LiDAR sensor. One or more sensors can be easily set up to count people at entry and exit points or allow users to control the number of people occupying a pre-defined area. SICK said the system can reliably detect human contours, while ignoring other objects, ensuring that customers or workers are counted accurately. Because the SensorApp can use data from the MRS1000’s four 275-degree scanning layers to determine direction of movement, the number of people in a specific area can be updated in real time. The system can identify more than one person in parallel, independent of their direction – such as moving in or out – within a range of up to about 11.5ft.

As the system only sees a human outline, it can process data at high speeds and is completely anonymous, with no need to detect or record personal location or identification data. A master/ slave mode makes it possible to combine several LiDAR scanners to track larger areas with multiple entry and exit points, such as airports or railway stations.

SICK’s Social DistanceGuard App also works via a LiDAR sensor to monitor areas where the recommended distance between people must be upheld, such as in queues. If people get too close, the system will provide a light, audible alarm or visual signal. The manufacturer said the device’s settings can be used to stipulate a required distance at a range of up to about 82ft. 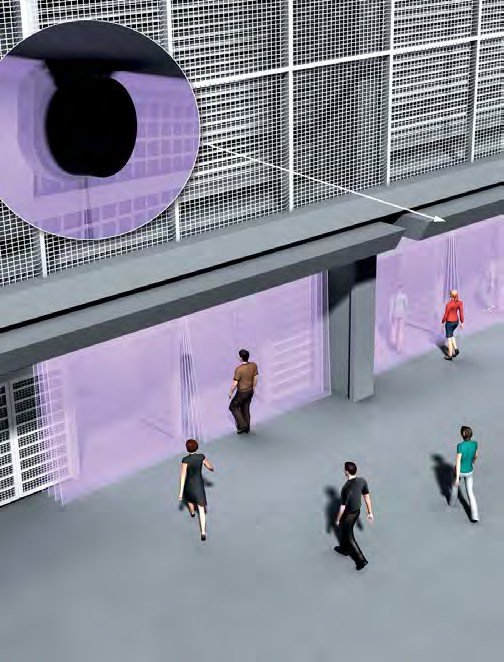