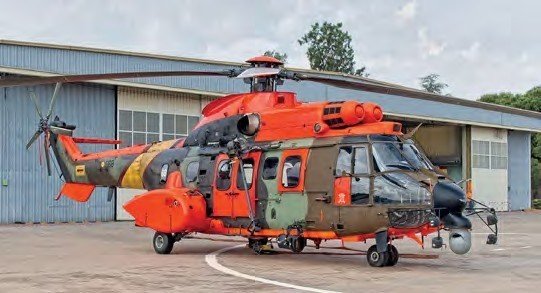 This specialised battalion is tasked to respond to emergency situations around the country, including large forest fires, earthquakes and rescue missions.

These heavily modified Cougars are equipped with an multispectral imaging system, searchlight, Bambi Bucket and crane, amongst other things. One Cougar (ET-669) crashed at Requena aerodrome, Valencia, in September 2015 during a training flight, fortunately without injury to the crew.

The unit is also celebrating the achievement of 100,000 flight hours since its creation as UHEL II in 1971. Roberto Yáñez