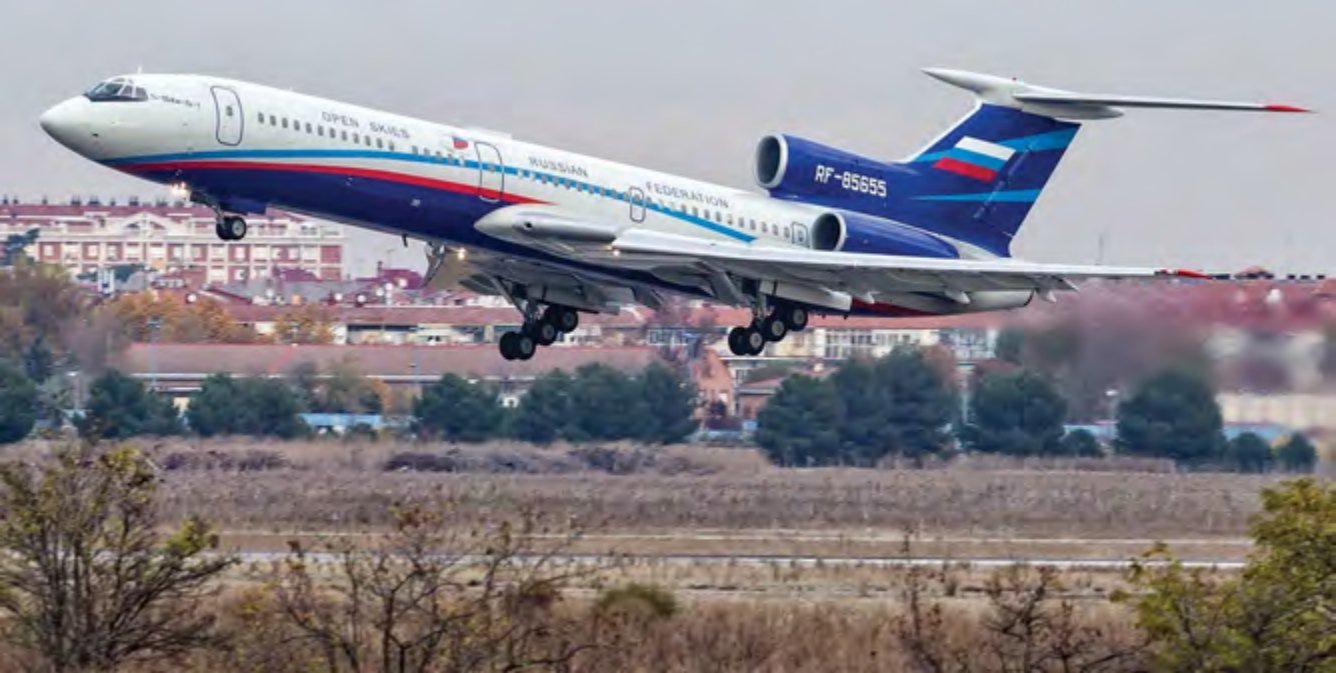 Between November 28 and December 2, the Russian Federation operated one of its Tupolev 154M-LK1s from Getafe, Madrid. The aircraft, registered RF-85655 and wearing a new colour scheme, flew one Open Skies Treaty flight over Spain on November 30. The aircraft is seen taking-off from Getafe on December 2 on its way back to Kubinka Airport, Russia. Roberto Yañez