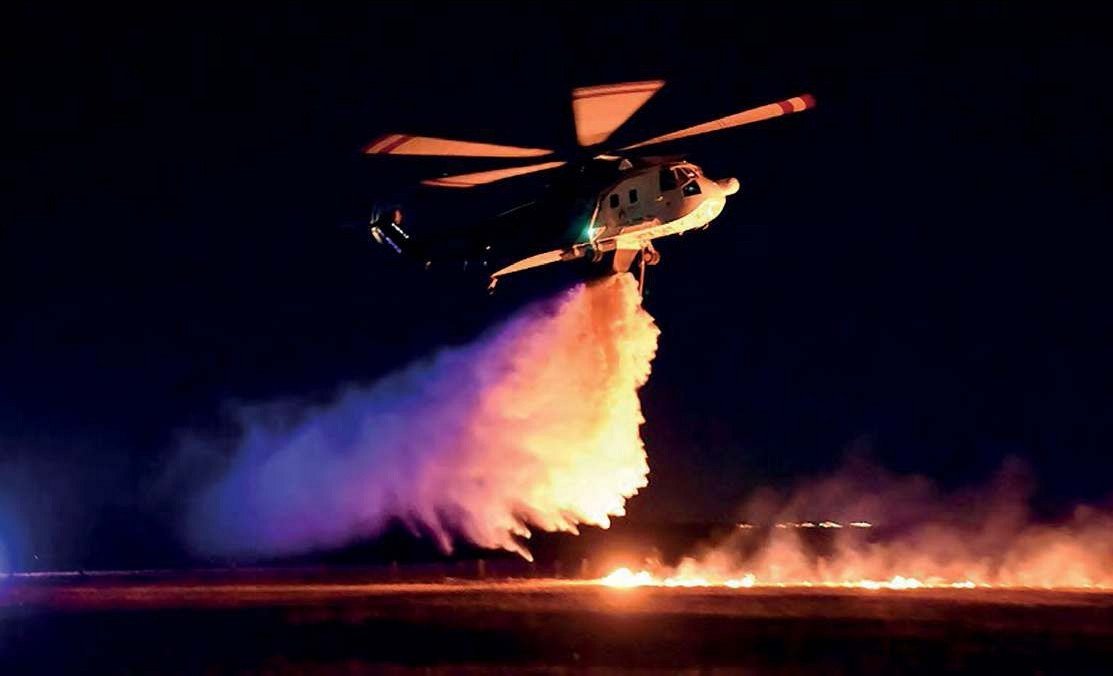 FOLLOWING SUCCESSFUL initial trials during the 2017- 2018 Australian bushfire season, Emergency Management Victoria (EMV) announced on September 9, 2018, that two fire suppression enabled helicopters, with the potential to fight fires at night, will be based in the southern state for the 2018-2019 fire season.

The trials last season were carried out in conjunction with Coulson Aircrane, using Sikorsky S-61 and S-76 helicopters. Coulson has fulilled a contract with the State Government of Victoria for ire-ighting helicopters during the southern hemisphere’s summer for a number of years.

Crisp said: “Remembering that we have not used night-vision goggles or enabled aircraft on controlled ires yet in Victoria, we still have a lot to learn and the first consideration will always be the safety of our pilots, ground crews and community.”

He added: “There are only a couple of these helicopters available to us, so it is a inite tool in Victoria’s toolbox for the summer. Night ire suppression activities will support the great work our leet and pilots already do during the day.”

EMV said the pilots must have lown to the ireground during the day in order to identify hazards and water supplies and, where appropriate, night operations will be used as an extension of day operations to take advantage of generally milder ire behaviour during the hours of darkness.

The two helicopters will be based at Ballarat, west of Melbourne and at Mangalore, north of the city. The state will contract a leet of 49 aircraft over the summer, made up of a mix of ixed- and rotary-wing aircraft, including two Erickson S-64A Aircrane helicopters.