A Warbird is a term that defines an ex-military aircraft which is now operated by civilian organisations or individuals. These classic aircraft are often the result of extensive restoration projects, taking vintage planes and making them exhibition or even flight worthy. The focus of these projects is to preserve these machines and protect their historical legacy.

On this page, you’ll find all the latest news about Warbirds including updates on restoration projects, exhibitions and events where you can see them in action and much more. 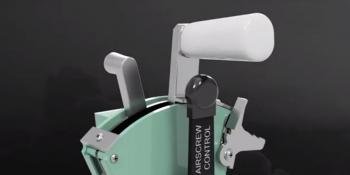 We look at a new set of controls that faithfully replicated those found in the Supermarine Spitfire Mk.IX, designed by a company called AuthentiKit. 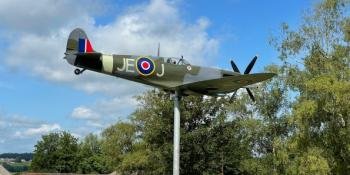 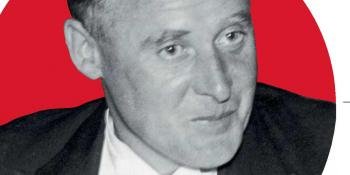 Less than a year before the Spitfire prototype first flew, RJ Mitchell received a letter telling him the aeroplane needed redesigning. FlyPast reveals the correspondence, along with Mitchell’s stinging response... 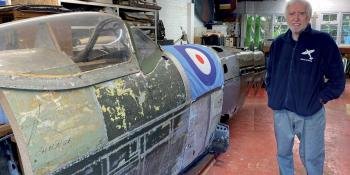 Inside Stories: Peter Arnold has spent decades amassing an incredible collection of aviation artefacts. FlyPast reveals some of the finest items... 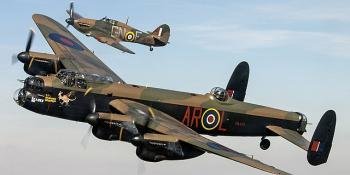 64 years of the Battle of Britain Memorial Flight

On Sunday, the renowned historic display group celebrated its birthday. We’ve put together a collection of our favourite images to celebrate the milestone 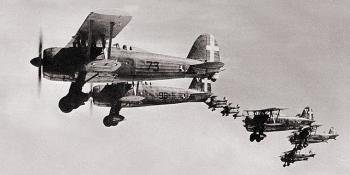 The aircraft was Italy’s most produced fighter of World War II, but despite proving itself over France, it was relatively ineffective during the Battle of Britain 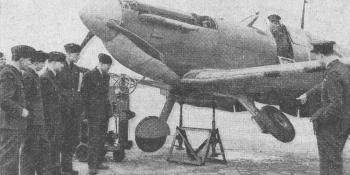 A fascinating insight into how the RAF was training its new fighter pilots for the Spitfire and Hurricane. 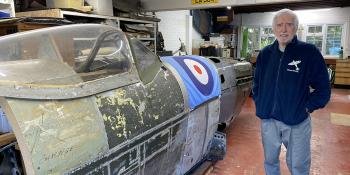 As the magazine celebrates its 40th birthday, we chat to Peter Arnold about how he came to be its Spitfire expert, the feature on his Seafire F.46 restoration from 1982… and his favourite ever cover 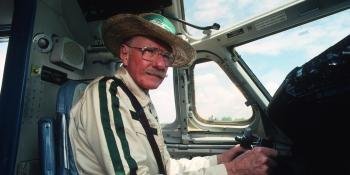 As if escaping from a German prisoner of war camp wasn't enough, Bob Hoover took things to the next level when he befriended none other than record-setting test pilot Chuck Yeager. So did his life ever get less exciting...?

The use of warbirds ranges from racing and restorations to exhibiting at airshows where enthusiasts will be treated to close up contact with legendary aircraft like the Supermarine Spitfire, the Boeing B-17 Flying Fortress and the Messerschmitt Bf 109.

There are a lot of airshows that have static and flight displays by Warbirds and the United States has many of them. Enthusiasts, as well as airforce heritage squadrons and civilian organisations, fly their aircraft at these shows. A high-profile enthusiasts’ project, the Silver Spitfire, flew its original 1943 build Supermarine Spitfire in a shining silvery livery around the world with the help of sponsors. The Spitfire is a popular Warbird and other military aircraft favoured by restoration enthusiasts include the Mikoyan MiG-15 and Grumman F6F Hellcat, along with the Spitfire and Mustang.

The airshows in the USA include, the Experimental Aircraft Association’s AirVenture in Oshkosh, Wisconsin; the Alliance Airshow in Fort Worth, Texas; Dayton Airshow in Dayton, Ohio; the History of Flight Airshow in New York state and the Indianapolis Airshow in Indiana. Outside of the USA, New Zealand, Australia and the United Kingdom also have a number of Warbird shows. New Zealand has the Classic Fighters Omaka in Blenheim and the Warbirds over Wanaka in Wanaka. Australia has Warbirds Downunder in Temora, while the UK's Warbirds airshows include Flying Legends, which takes place at the Imperial War Museum in Duxford, and the Bedfordshire, UK-based Shuttleworth Collection which has displays in the summer. France also has an annual show, La Ferté-Alais, which takes place 50 kilometres south of Paris.

The future of Warbirds and Warbird projects

Future generations will be able to enjoy the sights and sounds of Warbirds from airforces’ days gone by as restoration projects increase in number and widen in aircraft type worldwide. Find here the latest information about projects from Australia to Italy, and aircraft types from the World War II Helldiver to the 1950s Thunderstreak.

Whether the airframe to be restored was found in the Pacific’s Solomon Islands or had been retired to a safe hangar, the challenge can be a full bottom up reconstruction or trying to find a missing engine. The committed individuals and companies that restore these Warbirds have a story to tell in the great lengths they will go to in the hope of seeing these aircraft fly again.

The stories can be as simple as replacing damaged skin fabric and lubricating mechanical systems back to a functional state, which was what was needed for an RAF Westland Lysander; but they can be as challenging as a decades long, slow search for parts and reconstruction; which was necessary for a Royal Australian Air Force Curtiss P-40N Kittyhawk which had crashed on Rattlesnake Island, just off the coast of Queensland, Australia. Often the key areas for these restorations are missing engines or control system parts, wing or tail repair, a need for new nose and main gear tyres and seats for the pilots and navigator.

Obstacles to be overcome to return a Warbird to flight have included fixing a troublesome elevator pushrod, replacing cockpit cowl rails, or stripping off a worn-out faded livery and replacing it with a fresh coat of paint. It is the commitment to the Warbirds and the stories behind their return to flight that are as engaging as the sight of seeing the beautiful machines soar among the clouds once more; and all those stories can be found here.